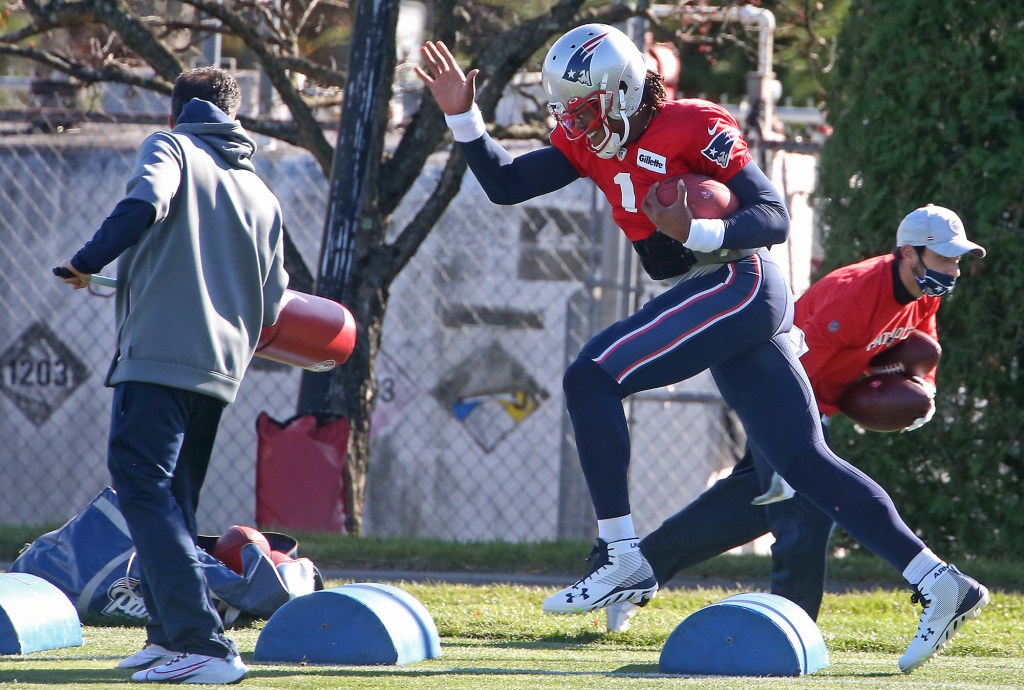 The Code Blue was issued. After last week’s loss to the Bills, it was hard to think the Patriots could be revived and get up off the mat.

When it came to winning the division, a feat the Patriots had accomplished in each of the past 11 seasons, they had pretty much flatlined.

With a 2-5 record and nine games to play, the chances of being resuscitated for the playoffs appeared grim when looking at the division, as well as making it as a wild-card entry. The way it looked, the Patriots were reduced to playing for pride the rest of the way.

By and large, that’s still the case. But there could be an unexpected window providing some hope.

It was revealed last week that the NFL is considering a possible expansion of the playoffs this season, if the COVID-19 pandemic forces significant changes to the regular-season schedule.

Right now, the NFL continues to ride on a teeter-totter with cases still popping up all across the league. Currently, the Falcons, Dolphins, Bears, Lions, Colts, Chiefs and 49ers are among those dealing with positive results.

The league has maintained course throughout, pushing some games back, but also knows it’s another huge breakout away from needing to cancel games.

With that in mind, ESPN’s Chris Mortensen reported that the NFL’s competition committee was preparing a contingency plan to present to team owners which would expand the playoffs to 16 teams, with eight in each conference.

The NFL was already prepared to implement a new playoff format this season, expanding from six teams in each conference to seven.

Now, there’s a proposal on deck for one more team in each conference.

The contingency format would take the four division winners and four wild-card teams — not three — from each conference.

Who’s in the eighth spot if it expands that much?

Below the Raiders are Miami (4-3) and Denver (3-4). So there’s plenty of jockeying still left to do, and the Patriots could find themselves back in the mix if they start winning games. At this point, that’s still a big if.

They have beaten both the Raiders and Dolphins, so they would currently hold the tiebreaker. They wouldn’t against the Broncos, so those three teams are among those to watch.

The Bengals, at 2-5-1, also sit ahead of the Patriots in the playoff pecking order, but they’re still the Bengals, even with Joe Burrow giving them a sense of legitimacy.

So let’s assume the Patriots get their act together, and Cam Newton turns into Superman once again.

Looking at the teams they’d have to jump, the Browns have been up and down all season. They have the Ravens and Steelers, teams that already blew them out, along with the Titans still to play. They have plenty of cupcakes with the Giants, Jaguars, Jets and Texans, but there’s no guarantee of them beating all the losing teams remaining on their schedule.

The Raiders, meanwhile, have the easiest road ahead of the contending teams. They only have to face three teams, the Chiefs, Colts and Dolphins, with winning marks. The remaining division games with the Broncos and Chargers won’t be easy, but they are certainly winnable.

As for the Dolphins, they have one of the toughest remaining schedules with the Cardinals, Chiefs, Raiders and Bills, along with another tilt with the Patriots, still to go. Games against Burrow and the Bengals, as well as the Broncos in Denver also figure to be tricky.

And speaking of the Broncos, they have at least a half-dozen (Saints, Chiefs, Bills, Dolphins, Raiders twice) good teams remaining. Doubt they’ll factor in down the road.

Maybe it’s still a pipe dream, and the longest of long shots, but if the Patriots can somehow catch lightning in a bottle, and start stringing together wins with Newton, they could potentially make some noise in the playoff hunt.

That counts in the division, too. The Bills don’t look like world-beaters. Even at 6-2, they’re not a lock for 10 wins based on how they’ve been playing of late. They also have one of the toughest remaining schedules.

And while the Fins defense is legitimate, Tua Tagovailoa didn’t exactly blow anyone away in his debut.

This week alone, it’ll be interesting to watch as the Bills host the Seahawks, and the Dolphins play the Cardinals out in Arizona. It’s conceivable both of those teams lose, while the Patriots beat up on the Jets on Monday night.

By the looks of it, the AFC East winner might be a 9-7 team.

Is that impossible for the Patriots?

Probably, but for the sake of this exercise, let’s pretend they can win some of the games that look like sure losses.

The point of all of this, is Bill Belichick can still sell a bit of hope. He can keep his team into it mentally at least, by pointing out the door is still open.

If they continue to play like they have the past four games, it’s a moot point.

Solomon Wilcots, SiriusXM NFL analyst, rightfully points out they won’t have a shot unless they get better play from the quarterback position. That’s where any turnaround has to start.

“If Cam Newton keeps playing like he has been, they’re not going to be good enough, said Wilcots, when reached Friday. “They’re not strong enough in so many areas. They need a quarterback to cover up the fact they don’t have wide receivers and tight ends. He did that the first few games, but coming back from COVID, he just hasn’t been the same guy.

“They need the good Cam to cover up the fact their roster is deficient,” Wilcots went on. “So they’ll have a chance if Cam plays like he can play, but they won’t if he’s going to play like he has the past few weeks. Because right now, there are a lot of teams playing better than the Patriots.”

Running back Damien Harris, who has been a bright spot during the four-game losing streak, said the team was still upbeat and plugging away toward the goal of getting back to winning football. They’ll need that, and more.

“We got to stay confident in one another, we’ve got to stay confident in the coaching staff, in our program, and just keep chugging away,” he said. “Obviously, the past couple games haven’t really gone the way that we want it to, but we feel like if we just stick together, if we continue to have faith and confidence in one another, if we show up every day with the mentality to get better, then we’re gonna have better results.”

Did anyone really think Tom Brady was going to diss the Patriots, beat on his chest and gloat over their 2-5 mark?

Brady might have a measure of satisfaction, and might privately enjoy watching his former head coach Belichick struggle without him, but he’s not going to pile on his former teammates and openly ridicule a team he won six championships with.

During a video conference Thursday, Brady was careful not to provide any future bulletin board material when asked his thoughts about the Patriots now being a pushover. That shouldn’t come as a surprise.

“I have a lot of relationships with a lot of teammates. I wish everybody the best all the time,” Brady said. “I don’t ever wish for anyone to not perform at their best. I certainly wish for our team to play its best. Maybe the only team I don’t root for is the team we’re playing on that particular Sunday.”

Naturally, the world is waiting to see how Antonio Brown is going to fit in with the Bucs offense, and whether he can behave for a change.

Brady hooked him up with motivational life coach Tony Robbins, who has been working with Brown on his anger issues. It remains to be seen if he can keep it together.

SiriusXM NFL’s Wilcots thinks Brown has hit rock bottom, and will be motivated.

“This ain’t about his talent,” said Wilcots. “He’s on his meds, and he loves Tom Brady … so I think for eight weeks plus the playoffs, he’ll behave. Let’s remember, the one thing Antonio Brown doesn’t have is a Super Bowl title. He’s got everything else. He’s even said this is his chance.”

It’s been suggested the Dolphins benched red-hot Ryan Fitzpatrick in favor of Tagovailoa because the Fins wanted to audition the rookie to figure out if they needed to select another quarterback in the 2021 NFL draft.

“There’s a couple things out there, let’s call it a source close to Dolphins thinking, saying that we are auditioning Tua. I’m just going to tell you about my thinking. We brought Tua here because we believe in him, same as all the other draft picks. We believe in developing players … and improving players on a daily basis,” Flores told the media covering the Dolphins last week. “That would be the opposite of giving someone a 10-game audition. That’s just my thinking on that, just so everybody’s clear.”

ESPN’s Adam Schefter reported that one factor that contributed to the Dolphins’ decision to name Tagovailoa as their starting quarterback in Week 7 over popular veteran Fitzpatrick was that Miami owns the Houston Texans’ first- and second-round picks in next year’s NFL draft.

The Texans’ first-round pick is projected to end up in the top 10. So, they might be in position to land another quarterback, and perhaps move up to get Clemson’s Trevor Lawrence or Ohio State’s Justin Fields.