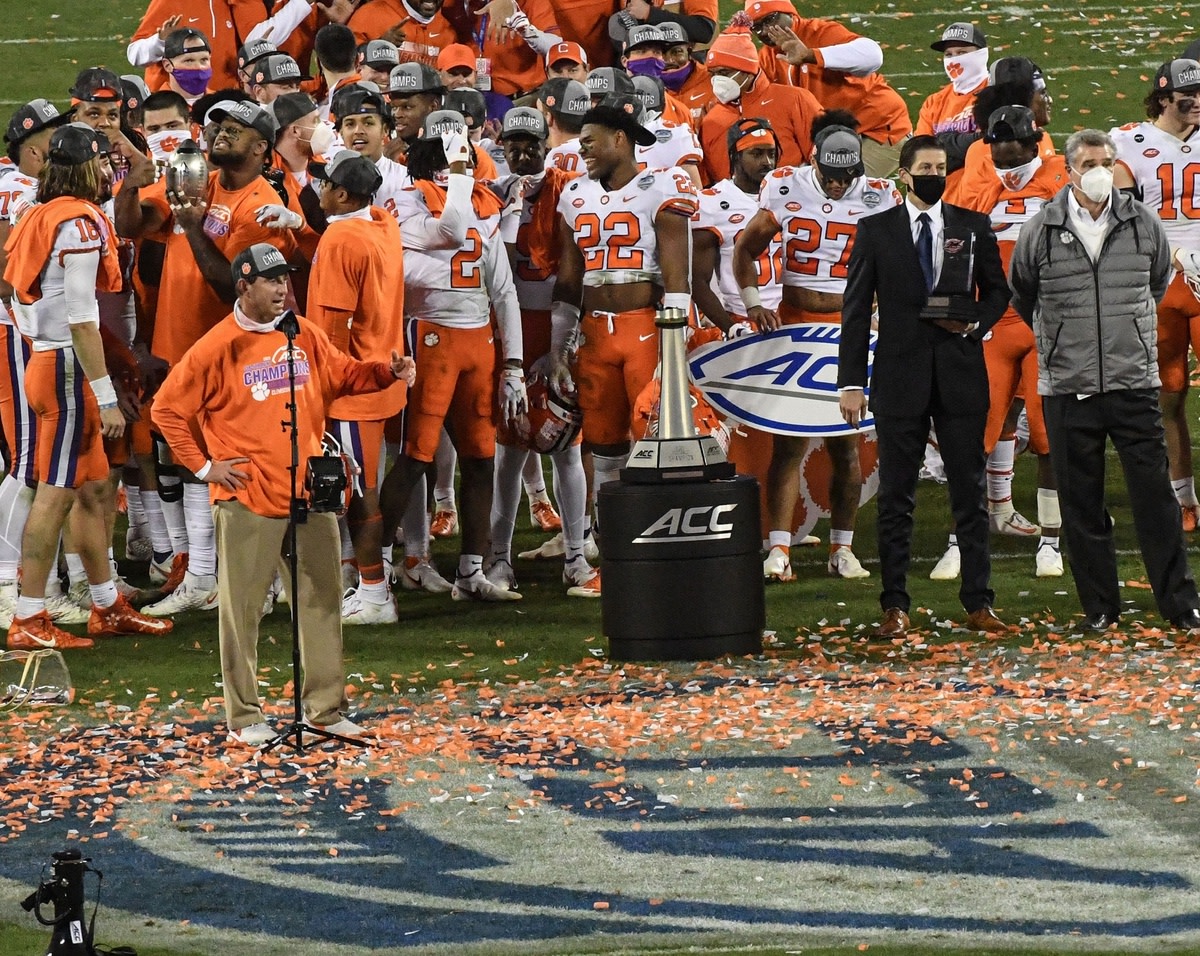 What a difference a year makes.

This time last season, Clemson was about to face Ohio State as less than a field-goal favorite in the Fiesta Bowl.

With nearly a week to go until the College Football Playoff semifinal Sugar Bowl, the No. 2 Tigers are a full touchdown better than the No. 3 Buckeyes, according to oddsmakers.

Betonline.ag opened this spread at -6.5 Clemson, but the betting market pushed it to -7.5 by Tuesday, a full-point move. That, however, must’ve sparked some juicy interest in the underdog as the line fell half a point by Wednesday evening.

Seven points is a key number, obviously, in sports betting. It’s one of the likeliest outcomes. So for that line to jump above a TD means there was a ton of Clemson backers out of the gate.

It might have settled, though, following that early action. It wouldn’t be a surprise to see it sit at -7 as public bettors are paying more attention to games being played this weekend and early next week. The professionals, or sharps, have probably made their stance clear: under a TD, hit Clemson; over a TD, pound Ohio State.

The value, either way, might be off the table at this point, but expect heavy public action beginning the middle of next week and lasting up until kickoff in New Orleans. The over/under, meanwhile, has yet to see any line movement as it’s still 65.5 points.

Betonline is also looking ahead with betting lines for the national championship game. A Clemson-Alabama meeting in the final contest is No. 1 Crimson Tide -4.5. If the Tigers face No. 4 Notre Dame for the third time this season, Clemson is a 14-point favorite. Dabo Swinney’s squad crushed the Irish 34-10 in last week’s ACC Championship Game, earning revenge from a 47-40 loss on Nov. 7.