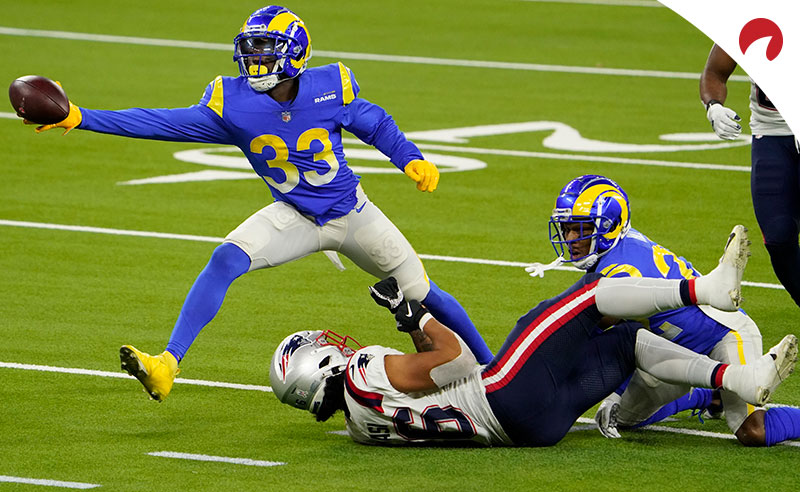 As we approach Week 15 of the NFL season, sportsbooks have been busy adjusting the odds on the upcoming slate of games. The opening 14 weeks of action haven’t disappointed, containing pretty much everything you could ask for: upsets, last-minute finishes and plenty of points.

Ahead of Week 15, odds at sportsbooks have been on the move in a big way since opening.

Monitoring line movement is one of the best ways to assess where the money is going for NFL matchups. There are two types of bettors that frequent online sportsbooks: the public and the sharps.

The betting public is your average joe who likes to casually wager on football. The public will bet mostly favorites and tends to pay more attention to the teams that are receiving the most media attention.

On the other hand, sharp bettors tend to go against the grain and find value where not many others do. Books will shift lines depending on where the sharps are placing their bets. The sharpest bettors get their action in shortly after the odds are released, as they anticipate which way the lines will move.

Line movement can also account for injuries and, in 2020, the growing number of COVID-19 cases NFL teams are announcing each week.

So, which lines are on the move in Week 15? Here’s a breakdown of the biggest odds changes of the week.

Note: all line moves were as of Wednesday morning. Odds courtesy of Bovada.

At 0-13, the Jets are on the inside track to attaining the No. 1 pick in the 2021 NFL Draft with the opportunity to select Clemson quarterback Trevor Lawrence to become the franchise’s new signal-caller. If you’re a Jets fan, you’re hoping for losses to make that a reality.

The good news for the Gang Green faithful is oddsmakers are expecting this week’s road matchup with the Rams to be a blowout in Los Angeles’s favor. This spread opened at Rams -13.5, but it’s risen all the way to -17 in just a few days – the biggest number of the week.

The winless Jets are tied with the Texans for the second-worst ATS record in the league at 4-9 ATS. Expect this spread to continue rising in the Rams’ direction closer to kickoff.

The Falcons are simply going through the motions right now in what’s been another lost season in Atlanta, so it’s clear which team has the motivation in this matchup.

Tampa Bay is coming off a win over Minnesota to help improve its playoff positioning. The bad news for Bucs bettors is the club’s uncertain special teams situation, as Tampa Bay placed kicker Ryan Succop, punter Bradley Pinion and long snapper Zach Triner on the reserve/COVID-19 list on Monday.

The murkiness of the Buccaneers’ special teams situation hasn’t stopped bettors from flooding to them, however, as the Bucs’ spread has shifted from +2 to +6 as of this writing.

On paper, it makes a lot of sense for Jacksonville to want to lose this game. The Jaguars (1-12) are in the same boat as the Jets when it comes to competing for the best draft positioning possible, and even one win in the final three games of the season would hurt their chances of getting a higher draft pick.

Jags head coach Doug Marrone announced Gardner Minshew will return as the team’s starting quarterback against the Ravens, taking over for Mike Glennon. Minshew is a clear upgrade over Glennon and will be wanting to put forth the best performance possible to prove he deserves to be a starting QB in the NFL.

The Ravens are fresh off a massive last-second victory over the Browns on MNF and are obviously the better team in this matchup. Baltimore has been mediocre when it comes to covering the spread (7-6 ATS) in 2020, but if the Ravens resemble anything close to the same team we saw against the Browns, they should win this one handily.

Looking for the sportsbook that’s right for you to get some money on NFL games? Check out our Sportsbook Review page. To learn more about how the point spread is used in NFL games, be sure to visit our What is a Point Spread? article.