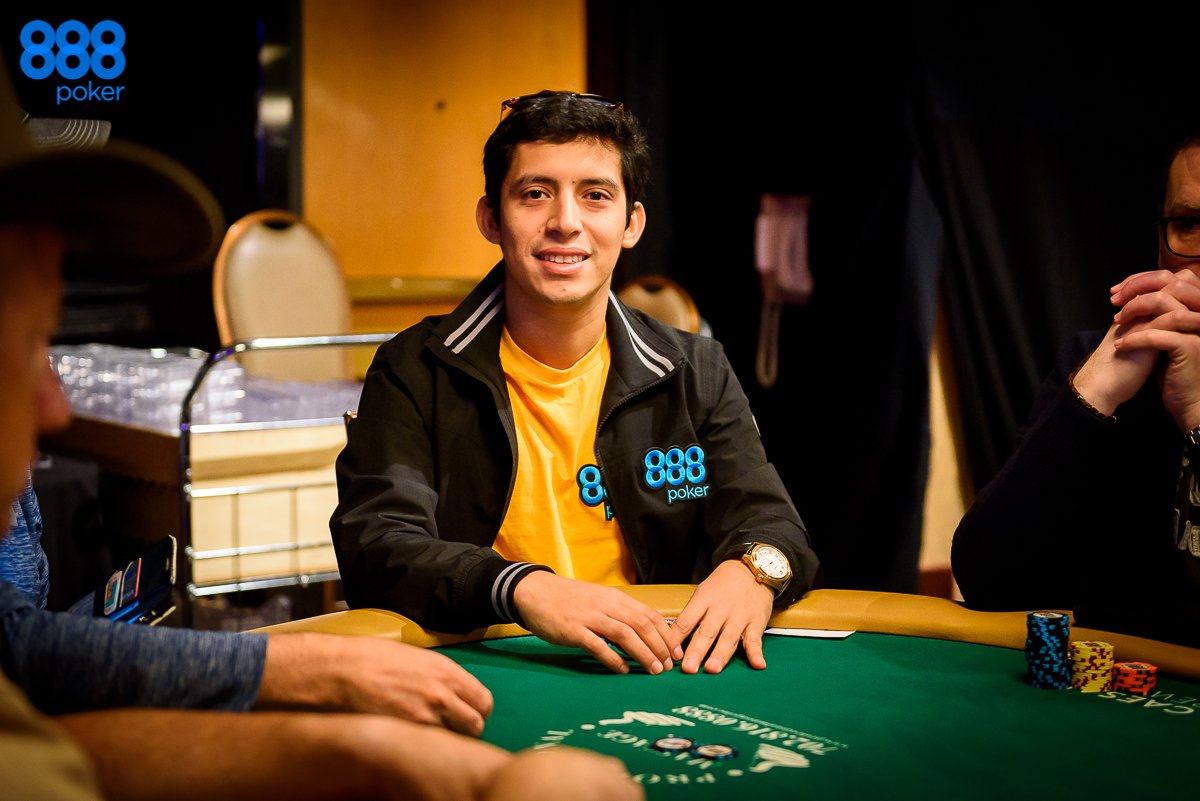 The Peruvian finished Day 1B on top of the chip counts and, except for a few ups and downs, that’s where he stayed.

The dominant performance not only helped him beat the likes of Isaac Haxton at the final table but bank a top prize worth $879,894.

All eyes were on Haxton prior to the start of the November 25 finale. The American had the best résumé of anyone at the table. That fact, combined with a healthy stack of chips, made him a threat to the other eight finalists.

However, as the chips began to fly, the Partypoker Ambassador gradually lost his footing. Although he didn’t slip until five were left, he couldn’t finish on the right side of a coin flip to stay alive.

Indeed, after Grayson Ramage limped from late position with pocket eights, Haxton moved all-in from the small blind with A♦ K♣. Dominykas Mikolaitis folded from the big blind before Ramage called.

With five cards to save his tournament life, Haxton could only watch as the board rolled out 9♣ 7♦ 5♦ 2♦ 9♠. As Haxton’s avatar faded, the pot slid over to Ramage who moved into a commanding chip lead.

At this point, only former chip leader Ventura had enough of a stack to be competitive. Philippe D’Auteuil and Mikolaitis soon suffered a similar fate to Haxton, leaving Ramage and Ventura to fight for the title.

Despite falling from his dominant position, Ventura kept his nerve heads-up. As he’d done throughout the $5,200 main event, the Peruvian used timed aggression to reduce the 2:1 deficit.

Once that aggression met with a little help from the deck, Ventura turned the tide and regained control. The final hand saw him hit a fortunate flop and lure Ramage into a trap.

Ramage raised pre-flop with pocket queens and Ventura called with T♠ 8♣. The 8♠ 3♣ T♥ flop resulted in a flurry of bets and raises before the 2♦ fell on the turn. A tricky check-call from Ventura at this point set up a final coup on the river.

As the 7♥ appeared, Ventura checked to Ramage. With a fairly innocuous board and a massive pot to win, Ramage shoved with queens. Ventura called with two-pair and, with that, the Caribbean Poker Party main event was over.

Ramage’s avatar faded and that left Ventura in the spotlight as the latest Caribbean Poker Party champion and more than $800,000 richer.