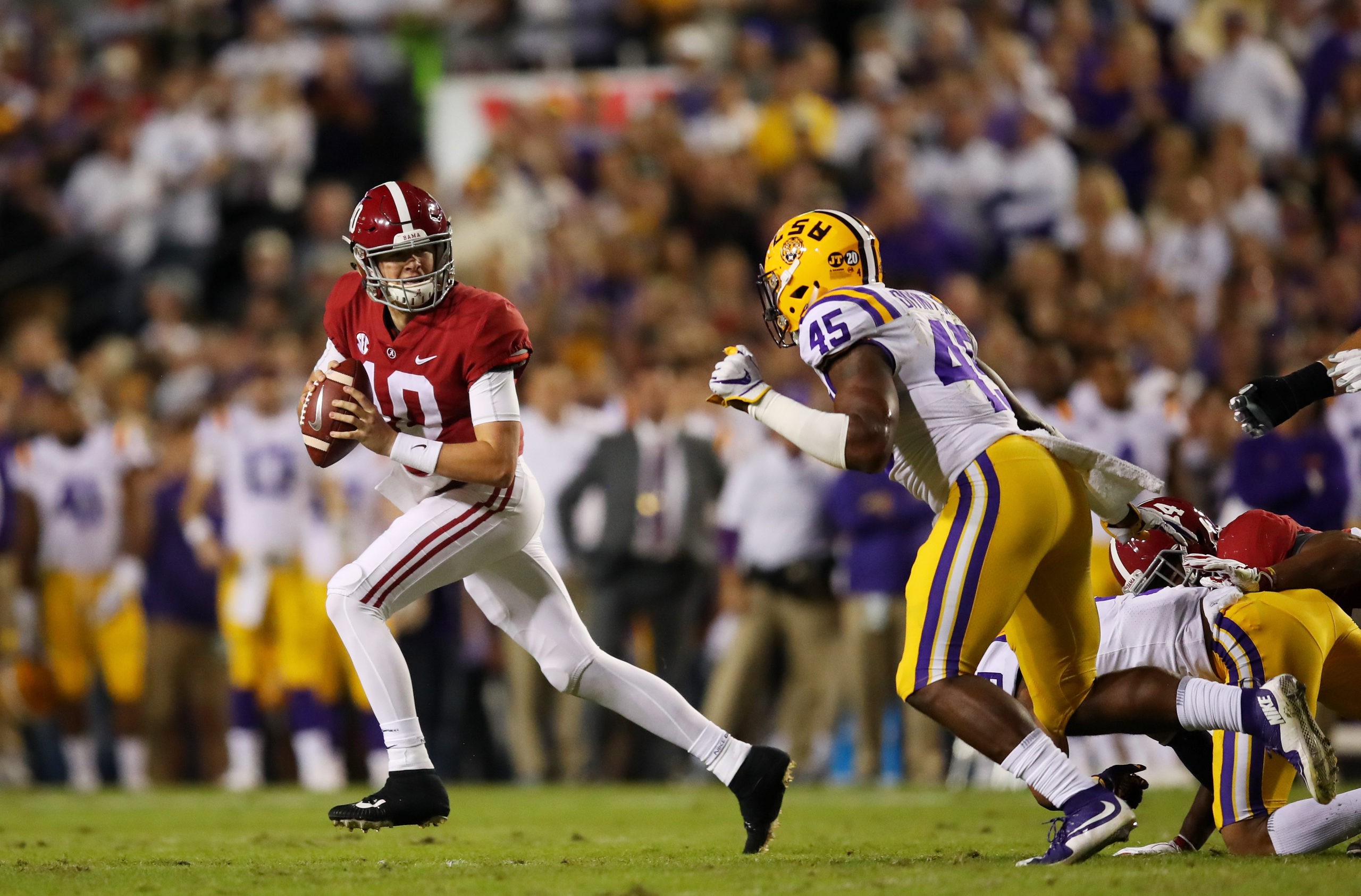 If there is one thing that college football bettors can be certain of in 2020, it is that Alabama is the best team in the country. The Crimson Tide have won all eight of their games, covered the spread in six, and are clearly the favorite to win this year’s College Football Playoff National Championship.

Unlike a year ago, their 2020 matchup with rival LSU is but a blip on the path to that title game. The Tigers no longer have a Heisman Trophy quarterback in Joe Burrow and are without a slew of first-round NFL draft picks on defense.

The results have been evident. The Tigers are just 3-4 on the season and about to take one on the chin from their fiercest rival in the SEC West. The problem for bettors is that the spread just keeps getting bigger. Don’t worry though; there is a serious value play here. You just have to get on it quickly.

A year ago, the LSU offense was virtually unstoppable. Burrow, RB Clyde Edwards-Helaire, and WR Justin Jefferson could score every single time they touched the ball. This year, the Tigers have regressed. They actually still average 30 points per game, but over the last three the offense has been extremely pedestrian.

Last week, the Tigers managed just seven points in a 20-7 loss to Texas A&M. The week prior, LSU barely beat Arkansas 27-24, and on Halloween the Tigers were outclassed by Auburn 48-11. That’s 14 points per game over the last three outings for the once-prolific LSU offense.

Then, there’s the announcement by WR Terrace Marshall Jr. that he is packing up his cleats and opting out of the rest of the season. Marshall was the team’s No. 1 wide receiver leading the team with 48 catches, 731 yards and 10 touchdowns.

Now, LSU heads into face the No. 1 team in the country without its best receiver, with quarterbacks that complete barely 60 percent of their passes, and an offense that was just 2-of-16 on third down last week. That doesn’t muster up much confidence in the Tigers offense.

If there is an opposite to the LSU offense, it would be the Crimson Tide’s offensive unit. Alabama gets outstanding quarterback play from Mac Jones who has completed 173-of-227 passes for 2,728 yards and 23 touchdowns. Jones leads an offense that puts up 535.6 total yards per game and 48.5 points.

Running game? Check. Najee Harris averages six yards a carry and leads the team with 893 yards rushing. He has also scored 17 touchdowns. Elite receivers? The Tide has those too. DeVonta Smith has caught 72 passes for 1,074 yards and 12 touchdowns so far this season.

Alabama has scored 41 or more points in all but their season opener, a 38-19 win over Missouri. The Tide’s margin of victory is a cool 30 points per game. That’s why the line in Saturday’s game with LSU has crept up from -27.5 to -29.5 at most sportsbooks.

How to Play Saturday’s Game

Alabama is 6-2 ATS this season. Even more impressive is the fact that the Crimson Tide is 4-0 ATS in their last four games when they were double-digit favorites. Don’t forget Alabama’s 30-point average victory margin.

Still, covering four-touchdowns-plus against a rival on the road is a tough one. Then, you factor in LSU and its recent record against the spread as an underdog. LSU is 6-2 ATS in its last eight games as a dog and don’t forget they are playing at home on a Saturday night in Baton Rouge.

There is no question Alabama is the better football team. The offense is going to put up some serious points on an LSU defense that surrenders over 30 points per game. LSU will be jacked up early playing a rival at home, but eventually talent will take over.

That leaves one very strong play for bettors granted they can get in quickly. The Total for Saturday night’s game opened at a ridiculous 74.5 but has been falling ever since. Currently, the Bama-LSU Total sits at 68 at all top ranked sportsbooks.

The Under is 4-0 in Alabama’s last four visits to Baton Rouge and it is 7-3 in the last ten Alabama-LSU games. The Total has gone Under in four of LSU’s last six games. With a struggling LSU offense going up against a very good Tide defense, don’t expect a ton of points from the Tigers.