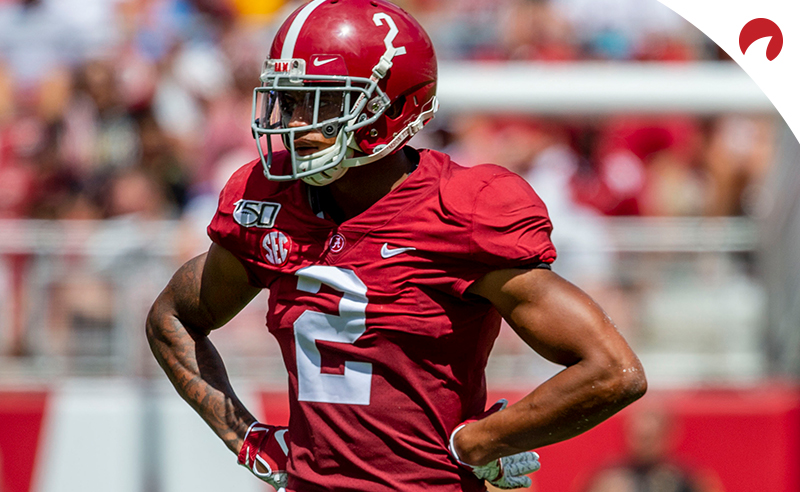 Heading into Week 14 of the college football season, there are just two more weeks before conference championships. It won’t be long before bowl season is in full swing and the College Football Playoff begins.

Each week, I sift through the numbers to pluck out my favorite bets and offer a little reasoning behind the picks. We had a 2-4 record last week and we are now 22-30 on the year and will attempt to inch closer to .500 with six picks this week.

Without further ado, here are my best bets for Week 14 of the college football season.

New to the college football scene? Check out our handy college football betting guide to help you get in the action. Also, keep an eye on our College Football Odds page for the latest up-to-date betting lines.

Two teams that allow more points than they score is always a good sign for an OVER, right!? I tend to lean into these matchups because the defenses are such that it can open up teams that struggle to score and give them confidence, which leads to the scoreboard getting lit up. Both Troy and South Alabama rely more on their passing attacks but those are also areas of weaknesses on defense.

Look for Trojans QB Gunnar Watson and Jaguars QB Desmond Trotter to cruise through this game with confidence as they duke it out and put points on the board.

Betting on a Tulane OVER has been a wise decision as the Green Wave have an O/U record of 6-3-1 this season. Meanwhile, Memphis has put up 40 or more points several times, while also surrendering north of 30 points repeatedly. Both the Tigers and Green Wave rack up more than 30 points per game but go about it in different ways. Memphis utilizes an aerial attack while Tulane prefers boots on the ground.

I think this is going to be a really competitive contest with Brady White constantly going after the Tulane secondary, while Stephon Huderson looks to chew up yards on the ground. This will be a high-scoring matchup.

My two winners last week came in the SEC, including backing Florida, so why not go back to the well, but this time fading the Gators. These are two teams trending in completely opposite directions, with Tennessee limping into this game losing five in a row, while Florida has won five straight.

However, Florida is 2-1 in away games with an average winning margin of 18.5 while it is a perfect 5-0 at home with an average winning margin of 21.2. All these signs look bad for the Vols, but sophomore running back Eric Gray, who has averaged 120.2 rush yards per game over the last four, could wear down the Gators defense, which has shown some vulnerabilities. I think this will be a closer game than some might think.

Oregon is coming off a horrendous 41-38 loss to in-state rival Oregon State following a narrow three-point win over UCLA the previous week. However, Cal heads into this game 0-3 SU and ATS and I think that trend continues in this contest.

The big issue for the Ducks thus far has been their porous defense, yielding 29.8 points per game and surrendering more points each week, topping out with the 41 allowed to the Beavers. However, the Golden Bears have scored an average of just 20 points per game this season and have yet to top 30 points. I expect the Ducks to clamp down and win in dominant fashion in this one.

LSU’s defense has been extremely inconsistent and that both intrigues and scares me in taking an UNDER in this contest. Last week, the Tigers limited Texas A&M to just 20 points, but a few weeks earlier gave up 48 at Auburn. No doubt Alabama will put points on the board, especially as a 29.5-point favorite, but I think for this total to go OVER, the Crimson Tide will have to carry it almost on their own.

While ’Bama’s powerful offense is averaging 48.5 points per game, the third-most in the nation, its defense has been incredibly stout recently, allowing just 16 total points in its last three games. I think the Crimson Tide win this in a big way, allowing very few points but scoring fewer than 68.

Following back-to-back losses to open its Big 12 schedule, Oklahoma has been getting stronger as the season progresses and has looked incredible in its last three games with an average winning margin of 37.7 points per game. Baylor has had a difficult year at 2-5 SU and 2-5 ATS, but the Bears only have an average losing margin of seven points.

Although Baylor has been scrappy, this Sooners team is completely rolling right now, with their confidence high and with hopes of a New Year’s Day bowl game. Over the last four games, Oklahoma has racked up 49.5 points per game while allowing just 16 points per game. I’m looking for a big-time victory for OU this week.