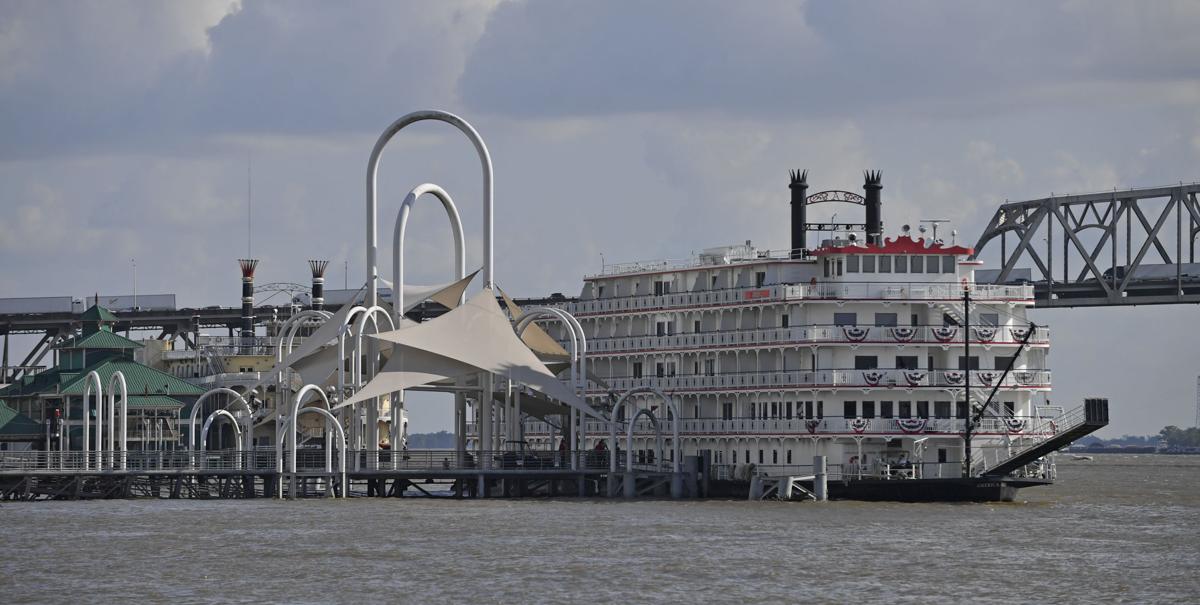 The deal that would put the Belle of Baton Rouge in the hands of Casino Queen opens the door for the downtown riverboat’s potential rebranding as a DraftKings property — something the Belle’s proposed new owner has done at another casino.

DraftKings already has a marketing agreement with Casino Queen, which owns the DraftKings at Casino Queen riverboat in East St. Louis, Illinois. And the daily fantasy sports company has gotten aggressive in recent years about putting its name on legal sports books that take bets on sporting events.

“This could open the door for rebranding at a later date,” said Daniel Holmes, a partner and national practice leader with RubinBrown in Las Vegas. RubinBrown is an accounting, tax service and consulting firm that works with the casino industry. “It makes a lot of sense to do it, and it’s an easy expansion of the brand.”

DraftKings put its name on the East St. Louis riverboat casino in July, a few months after the first legal sports books opened in Illinois. Along with the brick-and-mortar sports book, DraftKings offers a sports betting app in Illinois.

A DraftKings sports book has been operating at the Scarlet Pearl Casino Resort in D’Iberville, Mississippi, since 2018.

In September, it opened a DraftKings Sportsbook in Manchester, New Hampshire, through an agreement with the New Hampshire Lottery. On Monday, the company announced it had reached an deal with the Mashantucket Pequot Tribal Nation in advance of the launch of legal sports betting in Connecticut. The tribe owns and operates the Foxwoods casino, one of the largest gambling properties in the world.

East Baton Rouge Parish voters easily approved sports books during the election last month. The Legislature still needs to pass the rules that outline how the industry will operate, meaning it likely won’t be until 2022 that the first bets can be placed.

Holmes said in many states, the ability to offer wagering at a sports book or through an app is tied to legacy casino operators. DraftKings would have had to wait 18 months before getting into the lucrative Illinois sports betting market, so it made sense to cut a licensing deal with Casino Queen.

Along with the DraftKings property in East St. Louis, Casino Queen has a riverboat in Marquette, Iowa. The company, which is employee-owned, regularly looks for opportunities to build its portfolio, Holmes said.

Caesars Entertainment announced last week it had reached a deal to sell the Belle to Casino Queen for an undisclosed amount. The deal is expected to be completed in mid-2021, pending regulatory approval.

Mike Noel, chairman of the Louisiana Gaming Control Board, said the process of approving the sale of the Belle will take several months. Noel said while he heard from attorneys from Casino Queen, the subject of rebranding the Belle as a DraftKings property did not come up.

“I suspect we will see them here in the near future,” he said. DraftKings and its rival FanDuel are both expected to go before the board in early 2021, applying to offer daily fantasy sports betting in Louisiana.

Noel said it’s hard to say if the state would have a problem with rebranding the Belle as a DraftKings casino. “We’re waiting to gather more information,” he said.