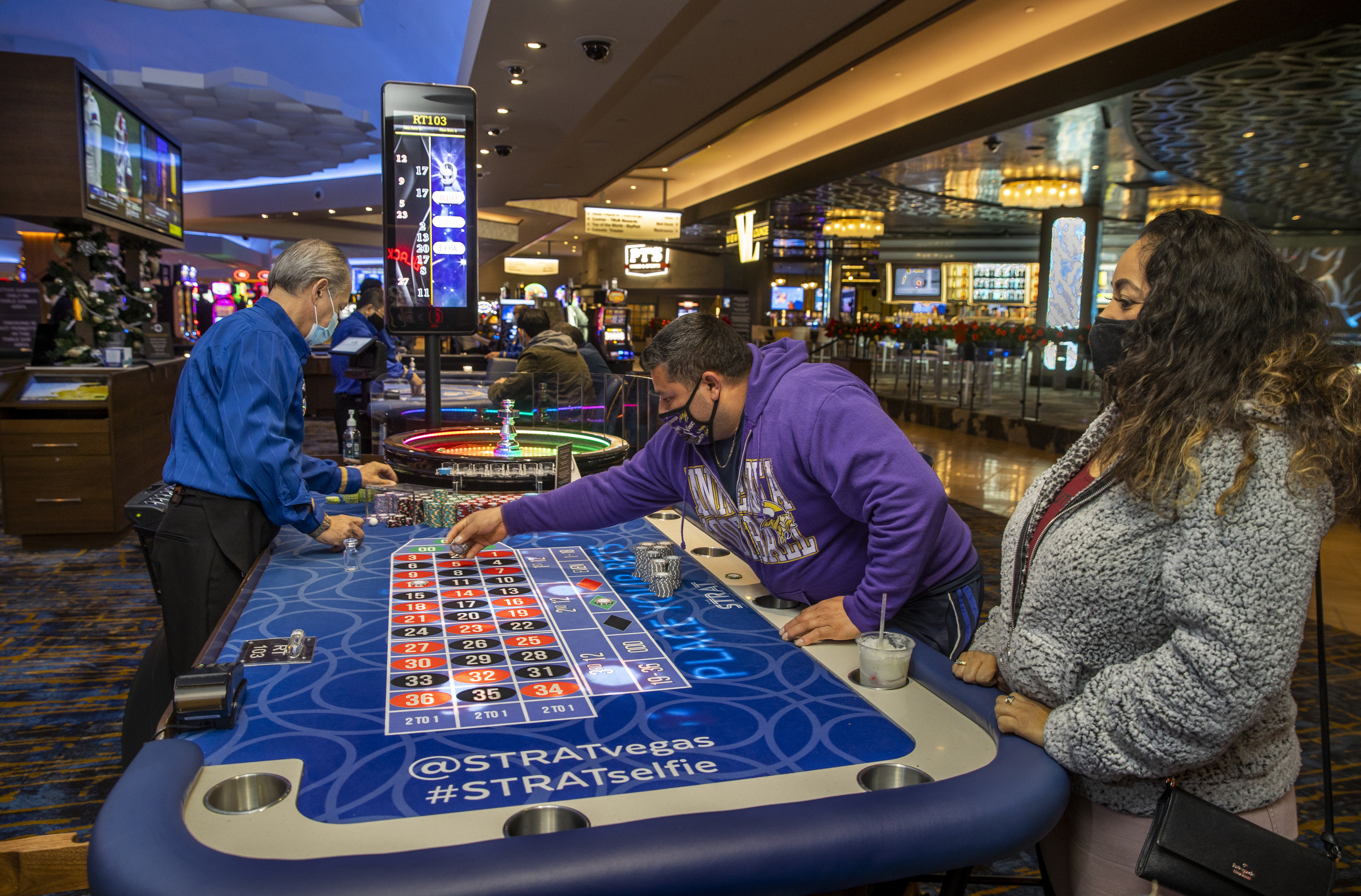 The year from hell is over. Welcome to the year of purgatory.

The COVID-19 pandemic’s impacts reached Nevada in March; it prompted a statewide shutdown to slow the coronavirus’ spread and caused an economic fallout that experts say could be felt for years to come.

But vaccine rollouts provide a shot of optimism that brighter days could be coming in 2021. How many brighter days, how much brighter they are and how long until they arrive, is all up in the air. It leaves those in the state’s tourism and hospitality industries hoping for a new year of transition in, and eventually out of, the ongoing COVID crisis.

When exactly the state crosses from pandemic to post-pandemic is hard to nail down, though experts have varying opinions of what that might look like.

The pandemic, or its economic fallout, won’t end with the turn of the calendar. Nor will they end in a single day, according to UNLV public policy professor Robert Lang.

“It ends not with a bang, but with a whimper,” he said, adding that regional differences will mean the end of the pandemic is a slow process.

He’ll know the day has come when people can freely enter a store without a mask because cases are low and a large portion of the population has become immunized.

“It might happen over several weeks, and piece-by-piece falls into place,” he said. “It might take weeks to months. … (then) you’re like, wow, we were inside a lot. Glad that passed.”

UNLV epidemiologist Brian Labus said 2021 is shaping up to be a big year in the coronavirus pandemic, with most Nevadans expected to have access to the vaccine by springtime.

“May, June, that time of year is when I think we’ll start to see it available for the general public,” said Labus, a member of Gov. Steve Sisolak’s medical advisory team. “But we’re going to vaccinate millions of people before that, because a lot of them are in different priority groups,” including health care workers.

The pandemic’s end won’t be reached through a specific data point or case rate, rather quick vaccine administration to the public, Labus said. Even then, he doesn’t expect the U.S. will ever be able to completely eradicate the virus.

“It’s really just having it under control where cases are probably still occurring, but they’ll be fairly rare,” he said. “Just like all the other vaccine-preventable diseases. We don’t see measles cases regularly, but they still happen every year in the country.”

From a business perspective, experts see another rough year on the horizon. Economists agree: Nevada’s economy will continue its pandemic struggles in the first half of 2021, if not longer.

Industry and economic experts see the second half of 2021, however, as a potential turning point.

Applied Analysis principal analyst Jeremy Aguero said he’ll know Nevada is in the clear when it’s at 70 percent occupancy, when conventions have started to return, when there are more flights and Monday night football games are packed with fans.

“Those are incredibly important milestones,” he said.

Air travel, and consequently tourism, cratered when the pandemic reached Nevada in March. Visitor volume from January through October was down 54 percent from the same period in 2019, according to the most recent Las Vegas Convention and Visitors Authority data.

Las Vegas-based Allegiant Air, which focuses exclusively on leisure travel in domestic markets, is anticipating a spike in spring and summer bookings.

Greg Anderson, executive vice president and chief financial officer of Allegiant, said part of the airline’s marketing strategy has been to survey its database on travel expectations.

The return of business travel is a different question.

Convention workers have plenty to look forward to next year. But most of them are asking the same question: When?

LVCVA President and CEO Steve Hill has an answer: midway through the second quarter.

Hill is looking at the arrival of the rescheduled World of Concrete show June 8-10 as an important milestone because he expects it will be the first major show to use the LVCVA’s new West Hall.

The annual World of Concrete trade show normally arrives in Las Vegas every January but was postponed to the June date next year.

“We obviously have some space available if somebody wants to schedule something prior to that,” Hill said. “And there are some shows currently scheduled prior to that on a smaller basis.”

According to the LVCVA’s website, there are 59 conventions scheduled to take place in Las Vegas next year. Spokespeople or websites for four of those events said plans have been canceled, or the event has moved to a virtual format. The first event is set to take place in February.

Hill said the timeline he envisions is dependent on the current scheduling of COVID-19 vaccinations.

“That’s obviously the key to being able to open back up for big crowds and have people feel confident and comfortable,” he said.

But he also warned: “Between now and then, certainly into February, is going to be pretty tough.”

That same timeline could apply to a new tourist draw that never got the chance to take off in 2020: Allegiant Stadium.

There have been no fans at Raiders games in 2020 because of the pandemic, a policy expected to change for the 2021 National Football League season. But Allegiant Stadium also is expected to host more than 35 other events annually, including concerts and other performances.

Hill, who also chairs the Las Vegas Stadium Authority, said nothing has been decided about performances at the stadium, but he expects the arrival of events there will run parallel to his expectation for conventions.

“If you can have a trade show with 100,000 people at the Convention Center, I think you can start looking at having residencies back and concerts in stadiums and all those kinds of things in that same time frame,” he said.

The city likely has two new resorts opening their doors in 2021. Resorts World is set to open in the summer, although a specific opening date has not yet been announced. The Strip-adjacent Virgin Hotels Las Vegas was set to open in January, but recently announced that it has postponed its grand opening. A spokeswoman said the company does not yet have a new opening date confirmed.

While Las Vegas’ economy is expected to fare better in 2021, the city isn’t expected to fully recover until anywhere between 2022 and 2024, depending on who you ask.

Earlier this month, Beacon Economics founder Christopher Thornberg said he believes Las Vegas will reach pre-pandemic levels for hotel occupancy and visitation by 2022. Applied Analysis’ Aguero expects a full recovery in Las Vegas in 2022 or 2023. UNLV professor Lang said it would “certainly” take place in 2023, if not 2022. RCG Economics’ Restrepo is ready to wait until 2024.

Convention and business travel do the heavy lifting for its tourism industry during the workweek.

Restrictions on gathering sizes carry over into the new year, and they would have to lift before conventions can return. Even then, Aguero, Lang and Restrepo all agreed group business will be the last sector to recover.

The Review-Journal is owned by the family of Las Vegas Sands Corp. Chairman and CEO Sheldon Adelson.