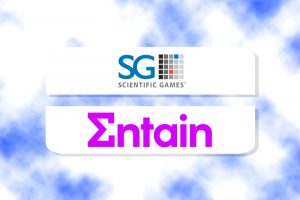 As part of this recent agreement, Scientific Games has agreed to continue to power its operator partner with its OpenGaming ecosystem.

Headquartered in the Isle of Man, Entain (formerly GVC Holdings) boasts a multi-brand portfolio of both online and land-based gambling businesses, including Ladbrokes, Coral, Gala, bwin, partypoker, and PartyCasino. These are available in multiple markets across Europe and the rest of the world.

The group also operates in the US through the BetMGM brand, which was created as a result of its partnership with Las Vegas casino giant MGM Resorts International. Entain and MGM formed a sports betting joint venture in the summer of 2018 after the US Supreme Court struck down a federal wagering ban.

As part of its strengthened collaboration with Scientific Games, Entain will retain access to and benefit from the OpenGaming library which includes over 3,000 gaming titles available from some of the world’s leading casino game development studios. The offering is supplemented by player engagement and retention products such as free rounds and missions as well as responsible gambling tools.

Scientific Games said that thanks to their extended partnership with Entain, the company, through its OpenGaming platform and focus on regulatory compliance, will be able to help the operator relaunch its brands in Germany in accordance with the country’s Tolerance Policy.

Said policy allows gambling companies to provide online casino products to German customers before these officially become legal in the country in July 2021 as long as they make sure to fulfill a set of requirements, including a €1,000 cap on monthly casino deposits and a five-second interval between each spin of the reels, among others.

Scientific Games further noted that it will continue to support its partner in regulated markets across Europe, including the UK, Greece, Italy, Spain, and Portugal.

Commenting on the extended collaboration, Entain Chief Product Officer Valery Gelfman said that OpenGaming has for years “been a key component of our online gaming offer” and that they will now be able to “continue to build our market share in regulated markets in Europe and beyond” together with the content aggregation platform.

Dylan Slanley, SVP Gaming, Digital at Scientific Games, added that Entain is a “hugely important customer” for the company and that with the “robust regulatory tools” OpenGaming has been equipped with, they are in the “perfect position to provide valuable support for Entain as the group grows its reach within regulated markets.”

Mr. Slanley also teased “an extensive roadmap of exciting new titles” that will be rolled out across Entain’s brands in the coming months.