Joe McKeehen, the 2015 WSOP Main Event champion, reached the final table with the chip lead of the $5,000 WPT Venetian in Las Vegas. The Philadelphia sports enthusiast is one of six remaining players vying for the coveted Champion’s Club trophy, and of course the $752,880 first place prize. 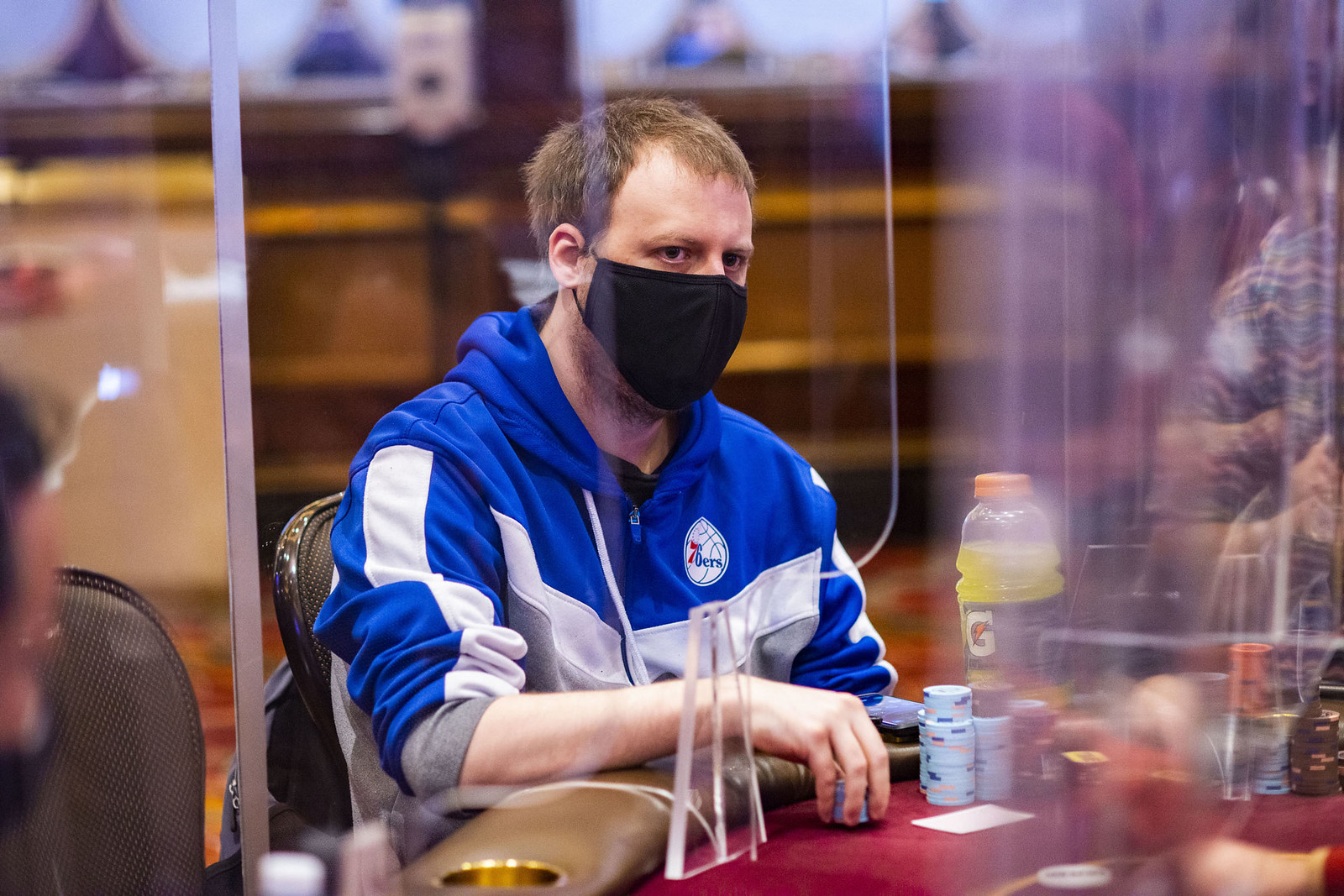 McKeehen is quiet on the felt, so he doesn’t get the recognition he probably deserves. And some poker fans consider him rude and snobby and are put off by his refusal to be considered a poker ambassador. But he’s one of the best in the game and is arguably the most talented world champ this century.

If the 2015 Main Event winner takes down the WPT Venetian title on Tuesday, he’ll be a world champion, World Poker Tour champion, three-time WSOP bracelet winner, three-time WSOP Circuit ring winner, and have over $17 million in live tournament cashes, including nearly $8 million since he took down the Main Event. That’s a resume every poker player except a select few could only dream of achieving.

So, love him or hate him, he’s certainly proven that 2015 title was anything but a fluke. On Tuesday, McKeehen will take his shot at World Poker Tour glory. He’s beaten out a field of 937 entries in the first major live poker tournament in Las Vegas since COVID-19 struck this time last year.

Day 2 began with 32 players, which included the great Nick Schulman, who didn’t last long. The PokerGO commentator and former pool shark busted in 31st place for $22,525. End-of-day chip leaders haven’t fared well in this event. Dustin Dirksen, a pro from Iowa, led after Day 1 but didn’t make it through Day 2 and was eliminated in 35th place for $19,265.

James Carroll bagged the biggest stack after Day 2, but ran bad and was out in 13th place, good for $47,420. Jared Jaffee, who isn’t afraid to run his mouth on social media, had a shot to reach the final table. But he ran into a bad beat that cost him all of his chips.

Jaffee moved all-in for 990,000 with pocket 10’s and got a call from Qing Liu’s K-9 off-suit. The board ran out K-7-5-J-7, giving Liu top pair and a winning hand. The losing player in the hand was eliminated and went home with $93,630 in eighth place, just two spots shy of the final table.

Part of running deep in any major tournament is getting lucky. Even McKeehen needed the breaks to go his way at times. In one hand against Stefan Nemetz, he called an all-in with pocket jacks against pocket kings, and with over 2.2 million in the pot, he spiked a jack and sent Nemetz home in ninth place for $73,795.

McKeehen finished off Day 3 by busting Sergio Aido, one of Spain’s top poker pros, in seventh place ($120,140). The former world champ called an all-in bet pre-flop with A-J, with the Ace of clubs against A-6 and the board ran out 10-8-4-6-K with four clubs.