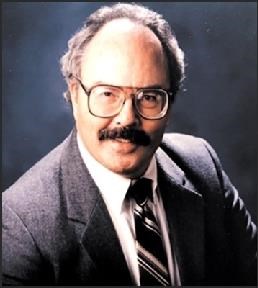 NEUBAUER, Frederick Irvin “Rick” Frederick “Rick” Irvin Neubauer passed away Thanksgiving morning, November 26th, 2020, from complications associated with Parkinson’s Disease. He was 85 years old. Rick was born May 24, 1935 to Irvin and Julia Neubauer in Spokane, Washington. Rick graduated from Lewis and Clark High School and began working for Kaiser Aluminum, at the ripe old age of 19. years. He began his career as a laborer and worked his way into management, as the Director of Planning. Rick retired from Kaiser, after 31 successful years. Retirement did not slow him down though, he got his real estate license, was a metal broker and managed apartment buildings with his brother-in-law, George. He was always on the go. Rick was successful at every activity he pursued both during and after his Kaiser career. He was offered several lucrative positions that would have taken him and his family away from the Northwest, but he chose the stability of staying in the Northwest over career advancement. Rick married the love of his live, Myrna Jean Gerl, on November 4, 1954. They were married for 58 years. Rick and Myrna loved their lives in the Pacific Northwest, and everything that the area provided for them and their family. They had three sons: Kent, Mark, and Scott. Rick passed on his love of the outdoors to his sons, spending time camping, fishing, golfing, archery. Baseball, Judo, Ping-Pong, and handball were just a few of the other activities that filled their early family life. The weekend poker games were epic, so much fun spent with family. Rick and Myrna spent many vacations with their good friends in Las Vegas and Tahoe, they fished on Lake Koocanusa, and the St. Joe River, spent time at PlayFair, and “breaking even” at the Casino. Golf was one of their favorite pastimes, we think they played every course in the West. Rick and Myrna enjoyed and lived life to its fullest. Rick and Myrna created so many wonderful memories and traditions for their ten grandchildren. They were role models, showing their love and dedication. Christmas, Easter, birthdays, baseball, football, and soccer games, school concerts, plays – Rick and Myrna were always there, involved and being amazing grandparents. Rick’s success in life can be attributed to how he treated everyone that he met. Whether you were a window washer or a president of a company, he treated you with respect, dignity, and equality. Rick was a very kind and considerate man, which also helped him to be successful at everything he did. Everyone that met Rick appreciated his attitude as well as his somewhat dry sense of humor. From his poker friends, to the nurses and doctors that cared for him, you would always hear the same comment, “I really like your dad, he’s one of a kind.” Rick was a “one of a kind” and he will be both remembered and missed. Rick was preceded in death by his parents Irv and Julia Neubauer, sister Sherrie Balocco, and his wife Myrna Neubauer. Rick is survived by his three sons and daughters-in-law, Kent (Laurie) of Spokane, Mark of Spokane, Scott (Debbie) of Richland; ten grandchildren: Danielle, Sarah, Christopher, Joel, Bryce, Rachel, Taylor, Megan, Mallory and Max, and ten great-grandchildren. In the spirit of Rick’s sense of humor. I am sure he chose to pass on Thanksgiving because he could not take any more remote conferences with Myrnathey are together again.