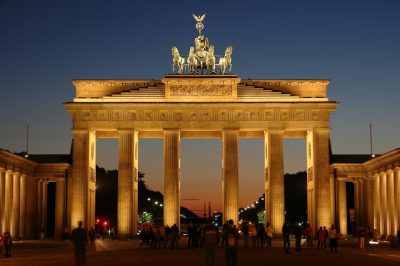 Uncertainty looms over the regulation of online gambling in Germany, with more experts now worried that the process will be delayed beyond the initial July 2021 deadline.

The regulation of the German online gambling sector has taken almost ten years. The so-called Interstate Treaty on Gambling was passed by the 16 federal states in the country back in 2012. At the time, it was their intention to expand the country’s legal gambling market with sports betting but, unfortunately, no legally valid sports betting license has been issued ever since the launch of the treaty because of ongoing uncertainty.

Earlier in 2020, the federal states managed to make a breakthrough over a new gambling treaty, with them deciding that it would be better for the country to have a regulated online gambling sector and a large black market that strips much of the tax revenue that would be channeled to local communities if there were to regulate the industry.

According to reports, the new regulation has been expected to be officially deployed in July 2021. Under the provisions of the new gambling treaty, online casino, slots and poker games will be permitted. Apart from that, an unlimited number of sports betting providers will be allowed to register as a result of the new regulation of the market. Still, the lottery monopoly of the state will remain operational in the new model. 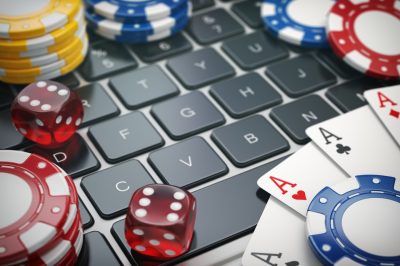 Unfortunately, the new gambling treaty has not put an end to the uncertainty in the sector. In April 2020, the process of awarding sports betting licenses was stopped by the Darmstadt Administrative Court as the court decided to uphold the legal challenge posed by the Austrian sports betting company Vierklee.

The court’s ruling came several weeks after the Hessian court’s confirmation that 30 gambling operators had applied for a sports betting license, with a further 20 companies having shared serious intentions to participate in the application process. Such a move would have resulted in about 99% of the sports betting activity in Germany moving to the legal market.

At the time that was revealed, the German Sports Betting Association (DSWV) shared its concern with the decision, saying that it would seriously affect its members. The association, which backs a competitive regulation of sports betting services in Germany, has previously severely criticized the current sports betting policy there, claiming that local sports leagues could have taken advantage of sponsorship deals and advertising income just like other top-tier sports leagues in Europe do.

As explained by Luka Andric, the managing director of the DSWV, there had been a strong disagreement between the federal states governed by the Social Democratic Party that prefers stricter regulation. On the other hand, the federal states governed by the Conservative Party remain more open to regulatory models that are focused on working with licensed gambling companies. Thankfully, it seems they managed to iron out their disagreements for now, with a broader agreement to implement the 2021 Interstate Treaty’s provisions as soon as possible.

For the time being, the procedure of awarding operating licenses has been stopped.

The move towards the legalization of the sector has been made amid ongoing discussions regarding the black gambling market in Germany.

The local authorities have been willing to unveil some strict measures to put certain restrictions on the illegal gambling services that have been offered to German customers. Some of the measures include a €1 maximum stake limit on virtual slot machines, as well as a limited in-play sports betting market. The authorities have also been considering the potential implementation of a five-minute delay when customers switch between different gambling sites, a cap on the in-play sports betting market, as well as a ban to be imposed on online casino, poker and slots game advertisements on radio and on the Internet in the period from 6:00 AM to 9:00 PM.

The aforementioned restrictions have fuelled much criticism across the industry, with some operators claiming that the measures would not have much effect in terms of customer protection. The opponents of the stricter measures also say such limitations would result in an unpleasant gaming experience for German customers. According to some companies, the restrictions would make the sector less attractive and would end up encouraging players to choose a black market experience.

The managing director of DSWV still believes that despite being quite restrictive, some aspects of the considered regulation is in line with the one unveiled in other European countries. As Mr. Andric shared, many European jurisdictions that have so far had more liberal regimes are currently tightening regulation and imposing stricter rules on the sector. He further noted that some of the proposed limitations that are set to be imposed on the German gambling market could even be considered mild compared to theirs.

The German Sports Betting Association’s executive said that, in his opinion, the rules could be implemented within the preliminarily scheduled time frame of July 2021. Still, he warned there could be a delay in the process because of some political disagreement.

The sports betting market in Germany has grown in double-digit figures for the past ten years. This form of gambling has received much more presence in advertising and media and the number of local customers who bet on sports rises. If the negative effect of the coronavirus pandemic is set aside, some analysts believe that the trend is going to continue as soon as sports events and tournaments resume in full swing.

Of course, proper regulation of the local online market is important. If everything goes as planned, a lot of online verticals will be legalized in the country as of July 2021 but local authorities still have a lot to do in order to make that possible.