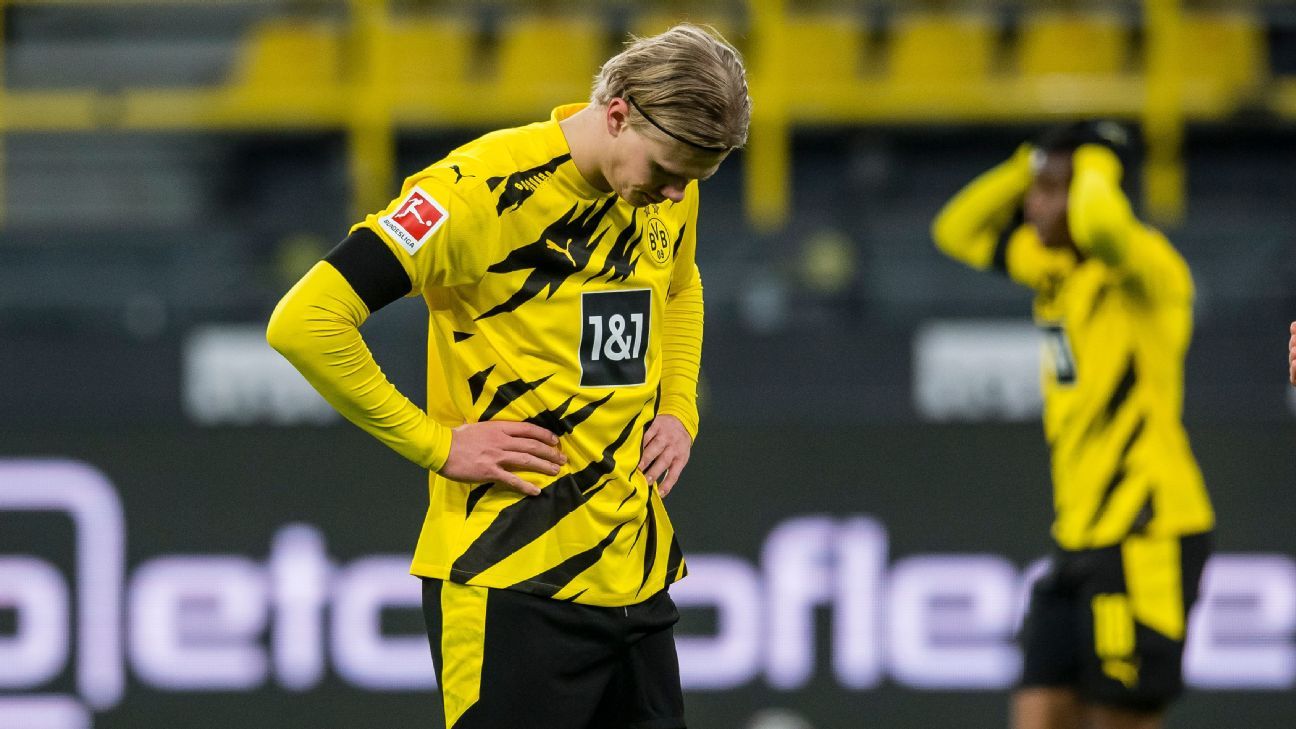 Borussia Dortmund striker Erling Haaland is set to miss the remainder of 2020 because of injury.

Dortmund confirmed on Wednesday that the 20-year-old picked up a muscle injury. That means he won’t feature for Dortmund again until after the winter break.

Haaland is set to miss seven games in total, including the Bundesliga games against Eintracht Frankfurt, VfB Stuttgart, Werder Bremen and FC Union Berlin. As well as Wednesday’s Champions League Group F clash with Lazio, he will also be unavailable for Dortmund’s final group game against Zenit St Petersburg.

– Stream new episodes of ESPN FC Monday-Friday on ESPN+
– Stream Bundesliga all season long on ESPN+
– Take our quiz: Which Bundesliga club should you support?

Dortmund said on Twitter: “Erling Haaland (hamstring injury) and Emre Can (muscular problems) are not available in today’s squad. Get well soon, boys!”

Haaland’s injury opens a space for 16-year-old Dortmund forward Youssoufa Moukoko in the starting line-up. Moukoko made his league debut last month, becoming the youngest player to do so in Bundesliga history.

The Norway international has scored 17 of Borussia Dortmund’s 37 goals this season and has contributed three assists in 14 appearances. Since joining the club from FC Salzburg in January, he has scored 33 goals and set up six in 32 matches.

His performances for Dortmund have been proof of the striker’s capabilities which already saw him linked with a move to Manchester United in late 2019.

Last month, he won the Golden Boy award, handed out by Italian newspaper Tuttosport, for the best young player in Europe for 2020.

Haaland is under contract with Dortmund until 2024, and is reported to have a €75 million release clause as part of his deal although it cannot be activated until 2022.