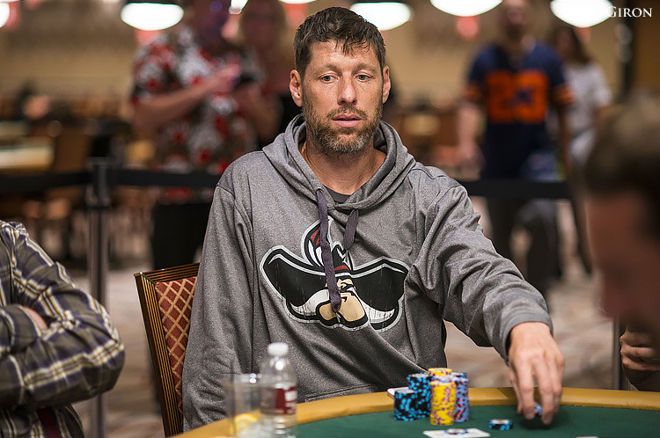 The lone 2020 inductee into the Poker Hall of Fame is none other than 1996 World Series of Poker (WSOP) Main Event champ Huckleberry Seed.

“Hearing the news that I am being inducted into the Poker Hall of Fame this year brought back memories of my early poker days, walking into the Binion’s Horseshoe, about to start a poker session, admiring all the Poker Hall of Famers on the wall,” Seed said. “It feels good to be included with all the poker legends that I once idolized and competed against over the years. Thank you everyone.”

After an open-nomination process, Seed was ultimately chosen from 10 nominees that included the likes of PokerStars founder Isai Scheinberg and first-time nominee Patrik Antonius. Seed has been a familiar name on the nominee list for many years, and now his time has come the 31 living Hall of Fame members who voted welcomed him into their ranks.

In total, 30 ballots were cast with one abstention. Out of a potential 300 votes, the final tally was as follows.

Seed becomes the 59th individual inducted into the Poker Hall of Fame and follows in the footsteps of Chris Moneymaker and David Oppenheim, who comprised the class of 2019.

In order to be eligible for the Poker Hall of Fame, Seed had to meet the following criteria:

Seed was born on January 15, 1969, and grew up in Corvallis, Montana. Given his 6’7” height, Seed had a knack for basketball and was a member of both the 1987 Montana All-State and Caltech basketball teams. In 1989, he took a leave of absence from college and started playing poker becoming a “young gun” of the game at the time.

In 1999, Seed made another run at the Main Event titles but ultimately fell in sixth place after being eliminated by eventual champ Noel Furlong.

In 2010, Seed also won the WSOP Tournament of Champions for $550,000. Toss in a pair of 50K Poker Players Championship final table appearances and a win in the 2009 NBC Heads-Up Championship, and Seed’s résumé ranks among the best in the game.

In addition to his poker accomplishments, Seed is also well-known for his “prop bets,” such as the time he bet (it’s been reported both $10,000 and $50,000 against Phil Hellmuth) he could float in the ocean for either 18 or 24 hours (he lost that one), when he booked a six-figure bet he could break 100 four times in a single day playing on a desert golf course using a five iron, sand wedge, and putter (he won), and that he could go a year without shaving (a funeral obligation forced him to give up).

He also once bet he could do a standing backflip against Howard Lederer despite having never done one. He had two days to learn and won the $10,000 bet. Speaking of Lederer, Seed once bet him he could beat him in a 50-yard dash while hopping on one leg. Lederer’s two-legged test run went so well that Seed conceded and paid out $5,000.

One time, he bet Doyle Brunson he could run a mile in 4:40. Seed gave it a valiant attempt clocking in at 4:47, but wound up losing that one.