The race for a second WSOP Main Event bracelet is underway and, after an opening session on GGPoker, Julian Menhardt is leading the way. 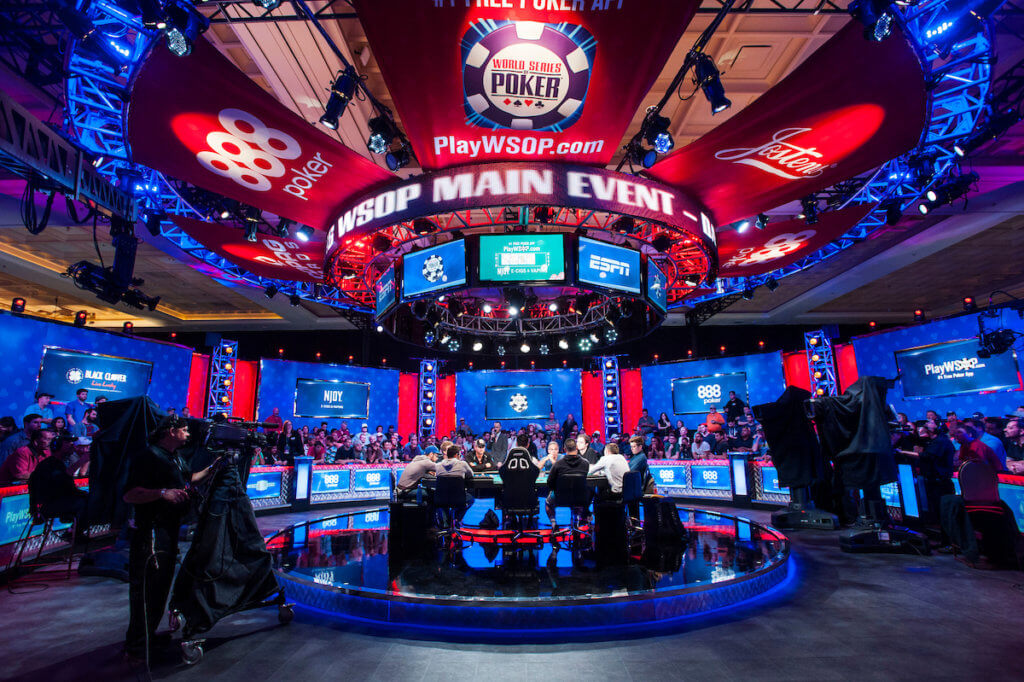 The hybrid WSOP Main Event is underway on GGPoker as players fight for a place in the live finale. (Image: WSOP)

In a plot twist, the WSOP announced it would run a hybrid Main Event in December. The buy-in would be $10,000 and players in Europe, Canada, and the US would be able to play. Those in the US have their own bracket, as do international players.

The winner of each bracket will compete for a $1 million prize in Las Vegas at the end of the month. Before that, players will compete online and, on November 29, the first international flight took off.

Day 1A of the WSOP Main Event 2.0 attracted 246 players from across Europe and Canada. Julian Menhardt was the man in front when the session ended. His 534,490-chip stack was enough to lead the 62 survivors into Day 2.

Also making it through the session were notable names such as Espen Jorstad, Michal Lubas, Anatoly Filatov, and Daniel Dvoress.

With the first flight down, those able to access GGPoker will now be taking aim at Day 1B on December 5 and Day 1C on December 6.

Once Day 1C is complete, the final few will move on Day 2. The December 7 session will whittle down the field to a final table of nine. At this point, a switch takes place and play moves to King’s Casino Rozvadov on December 15.

The Czech casino will host a live final where the remaining players will battle for cash prizes and the international WSOP Main Event title. While that’s happening, players in the US will be fighting for a second title.

WSOP.com Nevada and New Jersey will host the US bracket of the $10,000 Main Event. Like their international counterparts, Americans will play online until nine players take part in a live finale at the Rio, Las Vegas.

The winner of that bracket becomes the US champion and takes on the international winner inside the Rio. The victor will be crowned the official 2020 WSOP Main Event champion and win an extra $1 million.

Of course, that’s subject to COVID-19 restrictions in the US and other parts of the world. King’s Casino is closed until December 3 and new rules in Las Vegas could cause problems.

But, as it stands right now, the hybrid WSOP Main Event is underway and, by December 30, we should have a new champion to go alongside Stoyan Madanzhiev who won in September.