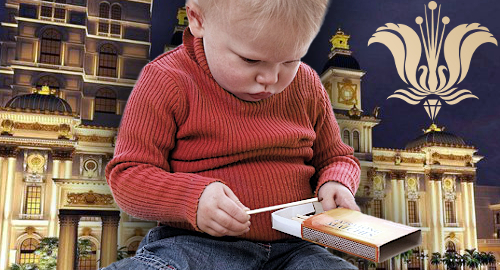 Online gambling could be coming to the Commonwealth of the Northern Mariana Islands (CNMI) as a financial lifeline to Saipan’s only casino operator Imperial Pacific International (IPI).

On Tuesday, the CNMI Senate approved the final reading of House Bill 21-31, which authorizes the CNMI’s three ‘senatorial districts’ – Saipan & the Northern Islands, Rota, Tinian & Aguuijan – to decide whether to authorize online gambling operations in their respective regions. The bill will now return to the House of Representatives for adoption.

HB 21-31 has been kicking around the legislature since early 2019, about the time it became clear that IPI lacked the capacity to turn a profit running its existing land-based casino operations (or even complete construction of its half-finished facility). Unsurprisingly, IPI expressed early support for HB 21-31, provided it had the exclusive right to offer online gambling.

The Senate approved HB 21-31 by a vote of 6-1 with one abstention. The lone ‘nay’ vote came from Sen. Paul Manglona, who the Saipan Tribune quoted asking his colleagues how they could support handing IPI more responsibilities when they knew that the hapless company was likely to “fall down a cliff.”

Sen. Sixto Igisomar responded to Manglona’s objections by noting that the CNMI is technically part of the United States, and thus whoever gets to operate online gambling from the CNMI will “have to jump through the obstacles of the federal government on internet gambling to make sure that they qualify for it.”

That could be a tall order for IPI, given the litany of federal probes the Hong Kong-listed company is currently facing. These range from an investigation into suspected violations of the Bank Secrecy Act – to which IPI responded by ghosting the Treasury Department like it was an ex-girlfriend – and an FBI probe into possible wire fraud, money laundering and illegal campaign contributions.

HB 21-31 was introduced by Rep. Lorenzo Deleon Guerrero, who said it would ensure a continued stream of gambling revenue that couldn’t be laid low by pesky things like coronaviruses and didn’t rely on inbound tourists to the CNMI.

Speaking of, China recently declared that it had established a ‘blacklist’ of nations who’d developed a reputation for luring mainland residents overseas for gambling purposes. The list has never been published, but CNMI politicians understand all too well that IPI’s whole business model was built around Chinese high-rollers (who don’t pay their gambling debts).

Last week, the Commonwealth Casino Commission (CCC) publicly expressed concern as to what IPI would do if China labeled Saipan a no-go zone. IPI CEO Donald Browne acknowledged that this would be a serious blow, but confidently explained that were plenty of gamblers in other countries that would be only too happy to not repay IPI’s casino markers.

Despite a litany of misdeeds and broken promises that would have seen any other casino operator in any other market kicked to the curb years ago, IPI has suffered only the occasional verbal tut-tutting by most CNMI legislators and regulators, who seem strangely in thrall to the company. Given that precedent, why not reward them by allowing to them run online gambling? In fact, why not let them run the CNMI? That is, assuming they’re not already.