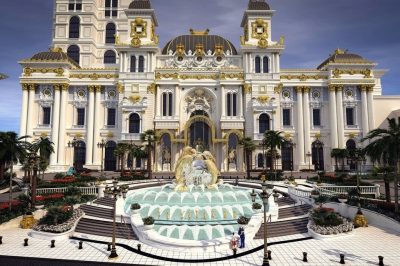 The order under which the construction works at the Imperial Pacific International (IPI) hotel-casino’s site had been stopped has yet to be lifted by the Department of Public Works, but several construction workers have already been seen at Garapan-based employee barracks and a San Antonio-based warehouse.

An ex-manager of a construction team of the company revealed that the individuals working at the San Antonio warehouse are H-2B workers of Imperial Pacific who originate from Mongolia, while the ones working in Garapan are Taiwanese H-2B workers. As reported by local media hub, reported that under the existing US Citizenship and Immigration Services regulation H-2B workers are not allowed to work offshore or take jobs that are specifically listed in their job order.

On the other hand, Isagani Salazar, the acting DPW Building Safety Officer, explained that the fact there were some workers on-site does not necessarily equal a violation of the order that had ceased the construction works. The order was previously imposed on the company as it violated the building safety code at the Imperial Pacific’s Garapan construction site. 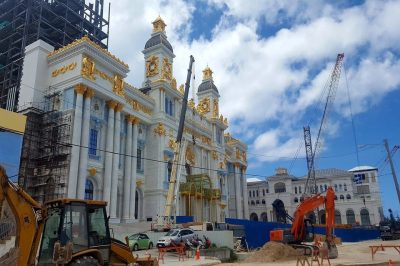 When approached for comment, the construction team of Imperial Pacific explained that the company was supposed to restart some on-site work on Monday, but in the morning it got a call from a Department of Public Works officer who informed it that IPI was not allowed to work inside the hotel. Site cleaning works outside the hotel building were not permitted, too.

The construction team further shared that the company stopped all on-site workers from entering the hotel and they worked only at some warehouses complying with the instructions given from the Department of Public Works.

On November 12th, Jing Zhou, the resident project director of the IPI construction team, filed the required details about engineers of record or EOR and inspectors to the DPW. They included a mechanical engineer from Saipan, an architect and an electrical engineer from Guam. Copies of their professional certificates were also submitted to the governmental body.

Mr. Zhou also revealed that DR Constructions and CM MEP Inspectors were appointed to carry out most of the inspections that should be carried out on-site. He informed the governmental body that the aforementioned engineers are set to conduct the hotel-casino project’s electrical, plumbing, mechanical and safety inspections in collaboration with DR Constructors’ staff. Structural issues will also be inspected.

DPW Building Safety Officer, however, said that the Department still could not permit the company to proceed with the hotel-casino construction until it is provided with copies of the job contracts of the aforementioned engineers and DR Constructors.

The Imperial Pacific International casino has been subject to closure since March and is set to remain so until further notice because of the coronavirus pandemic.