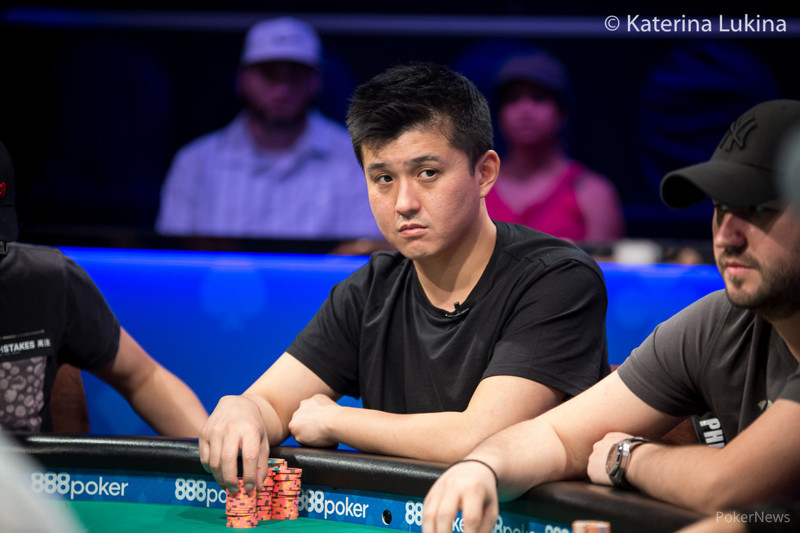 Lau had to overcome the Laszlo “omaha4rollz” Bujtas and staged an epic comeback in heads-up to claim the top prize of $188,937 while Bujtas was denied another PLO victory and had to settle for the runner-up prize of $141,233.

The Spaniard, who was born in Hong Kong and moved to Spain with his parents when he was four years old, entered heads-up with a narrow lead over Bujtas. The victory was miles away after the very first hand when they got it in after a king-high flop and Bujtas got there with his combo draw on the river. However, even a 19-1 lead could not get the deal done for the Hungarian as Lau doubled three times and ultimately prevailed in remarkable fashion.

Former EPT1 Grand Final champion Rob “batoelrob” Hollink was the first casualty of the seven-handed final table despite returning second in chips and Andreas “Skjervoy” Torbergsen suffered a similar fate after going from first in chips at the start to 6th place finisher. Also featured among the finalists were Dante “dantegoyaF” Goya, the UK’s “d.apollo777” and Eelis “EEE27” Pärssinen.

The Action of the Final Day

Within the first half an hour, Laszlo “omaha4rollz” Bujtas went from third in chips to the dominating chip leader with three times as many chips as the nearest contender. The Hungarian seemed unstoppable and Ka Kwan “kaju85” Lau then pulled into second place when his flopped top set held in a five-way limped pot to eliminate Rob “batoelrob” Hollink, who failed to get there with aces and the nut flush draw.

In the blink of an eye there were suddenly just four players remaining a mere five minutes later. Andreas “Skjervoy” Torbergsen ran into the aces of Eelis “EEE27” Pärssinen and Dante “dantegoyaF” Goya lost the battle of short stacks with kings against the aces of “d.apollo777”.

The UK’s “d.apollo777” started the day with the shortest stack of just 13 blinds but secured several double-ups and pay jumps. That all came to a crashing end in 4th place when they got it in with kings in a three-bet pot on a ten-high flop. Bujtas looked them up with middle pair and hit perfect-perfect for a full house to become the runaway chip leader.

Three-handed play was a tense affair and Eelis “EEE27” Pärssinen eventually became short to then find his master in Lau. It seemed to be destined for a very quick end after that: Despite being very deep in chips, Lau and Bujtas got it in the very first hand of heads-up and the Hungarian jumped into an overwhelming lead. But Lau was able to turn things around in epic fashion within 25 minutes to earn the title.

Make sure to follow the PokerNews live updates throughout all 20 events of the 2020 PokerStars EPT Online. As of November 11th and until the end of the festival on November 18th, six days of cards-up broadcasts will be available on the PokerStars Youtube and Twitch channels as well.