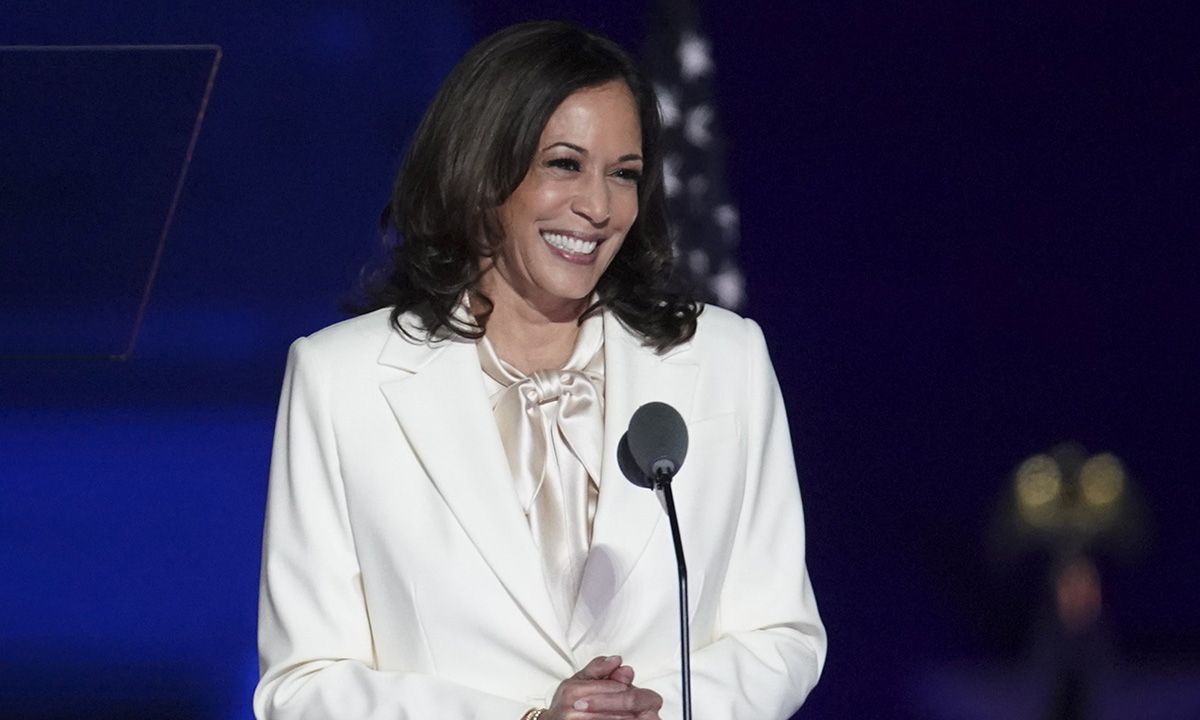 Kamala Harris made history last night for several reasons. As the United States’ next vice president not only will she be the first woman and the first Black and South Asian to hold the office, she also just proved she’s got more drip than any of her predecessors.

Last night, Harris made her victory speech as vice president-elect and managed to make a statement before she even uttered a word. Taking the stage in an ivory pantsuit by woman-founded New York brand Carolina Herrera, Harris’ first address to the nation was decidedly inspired by the women’s suffragette movement.

The suffragists of The National Woman’s Party in the early 20th century wore all-white attire while fighting for the right to vote. Ever since white clothing has become emblematic of women’s liberation and right to vote, with several women in politics making similar sartorial references. For instance, Representatives Alexandria Ocasio-Cortez, Madeleine Dean, and Ilhan Omar wore white suits to their swearing-in ceremony, and Hillary Clinton wore white when she became the first female presidential nominee in 2016.

Harris also referenced the suffragette movement in her address. “All the women who worked to secure and protect the right to vote for over a century: One hundred years ago with the 19th Amendment, 55 years ago with the Voting Rights Act, and now, in 2020, with a new generation of women in our country who cast their ballots and continued the fight for their fundamental right to vote and be heard. Tonight, I reflect on their struggle, their determination, and the strength of their vision—to see what can be unburdened by what has been—I stand on their shoulders.”

“While I may be the first woman in this office, I will not be the last,” Harris said victoriously. “Because every little girl watching tonight sees that this is a country of possibilities.”