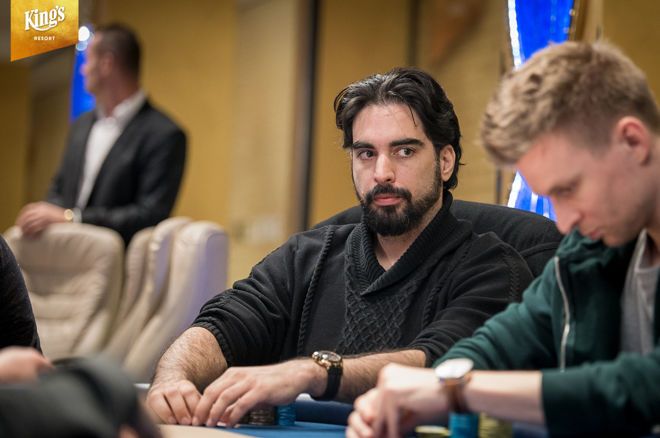 The final table of the 2021 GGPoker Super MILLION$ Week $10,300 Main Event has been set. Eight players out of a field of 976 entries remain to battle for the lion’s share of the $10 million guarantee. They have all $299,366 locked up for the efforts but two seven-figure prizes will be awarded and the winner can look forward to a payday of $1,242,332.

Best-positioned for a life-changing victory is the UK’s Ben Ward, who currently resides in Mexico. Ward ended the day with 18,432,514 in chips but two contenders are hot on his heels including Sebastian “Weizen” Gaehl (17,715,410) and 2019 WSOP Europe Main Event champion Alexandros Kolonias (17,300,410).

The Action of the Day

After getting through their respective starting days, 121 players returned for Day 2 and they were aiming to secure a slice of the $10 million guarantee. Among those who came up short of that goal were a host of big names such as Timothy Adams, David Yan, Blaz Zerjav, Aleksejs Ponakovs, Ami Barer, GGPoker ambassador Fedor Holz, Isaac Haxton, Jason Koon, and Kristen Bicknell.

Follow along with PokerNews live reporting coverage for the biggest events!

Holz first lost most of his chips with king-ten suited versus pocket tens and Dario Sammartino then got there with king-queen versus ace-king. There was no happy end for Sammartino either, as he came up a few spots short of the min-cash. The money bubble then burst in a classic flip as Dimitrios Farmakoulis failed to hold up with pocket fives versus ace-ten.

As soon as the min-cash of $31,012 was secured, the all-in showdowns kept coming at a rapid pace. The 2020 WSOP Main Event champion Damian Salas was among the first to cash, others such as Matthias Eibinger and Wiktor Malinowski received the same payout.

During the frantic post-bubble period, barely any minute passed without an all-in and call. Ludovic “Gr4vyB04t” Geilich and Bert Stevens, who had chopped Event #30: Super High Roller $25,500 the previous night, were involved into the thick of the action once more. Stevens soared to the top when he doubled through Chi Zhang in the biggest pot of the tournament until then.

Down to the final three tables, Geilich and Stevens were still on track for another massive payday. Joakim Andersson and Michael Addamo were the first big names to fall then and a short-stacked Geilich saw his hopes vanish when tens were cracked by the jack-ten suited of Alex Foxen. Other familiar names of the international poker circuit such as Isaac Baron, Daniyar Aubakirov, and Christian Jeppsson missed out on the final two tables.

Stevens was left short after several clashes with Krasimir Yankov and eventually bowed out in 16th place when ace-king was cracked by ace-jack suited. Joao Vieira made a deep run once more but had to settle for 14th place. As the action towards the final table bubble became tense, Alex Foxen ran with ace-queen into ace-king. Ole Schemion also got it in with a dominated ace-jack as Alexandros Kolonias prevailed with the superior ace-king suited.

Wei Zhao, who was left short in a previous all-in showdown, then busted during the last ongoing hand of the night and that set up an eight-handed final table. While he may have missed out on the official final table appearance, Zhao made the massive big pay jump to nearly double Schemion’s $126,425 payday.

The final eight players will determine a champion on the live-streamed final table on March 9 at 6 p.m. UTC. Cards-up coverage and commentary will be available on a security delay of half an hour on the GGPoker.tv Twitch channel. The PokerNews live reporting team will be back then to provide all the key hands until a winner is crowned.