If anyone was in doubt about Liverpool not being quite the same side they were the last couple of years, then they only need to look at their results from the past month.

They included a priceless 2-1 win over the in-form Tottenham, a comprehensive 4-0 win over Wolves and of course that freakish 7-0 win at Palace last weekend.

Ok, there were dropped points at Fulham and Brighton that Jurgen Klopp may be a tad disappointed about but if you’re winning all your home matches and get at least a draw in the majority of your away games, you’re not going to be too far away from winning the league.

Apparently, there are rumours that Mo Salah isn’t completely happy at Liverpool as he feels he should be on far higher wages (in light of his performances) given half of Man City’s first team earn more than him! 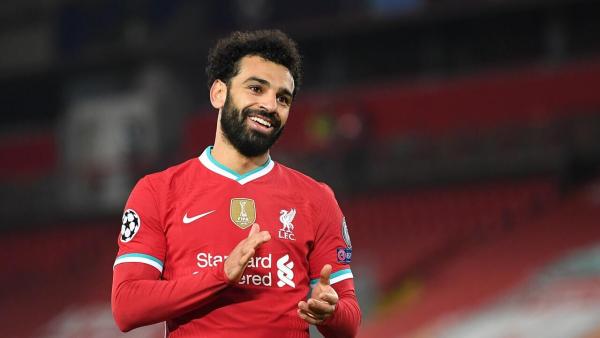 If that’s the case, he’s certainly not playing like it’s bothering him. He got the equaliser at Fulham, scored against Tottenham and came off the bench to score two at Palace.

There will be plenty who may feel sacking Slaven Bilic was a bit harsh. They’d started poorly, yes, but actually seemed to be on the way up when the axe was wielded. He actually got the sack just a day after they’d gone and drawn away at Man City, after all.

But what’s obvious to just about anyone is this: if you’re trying to avoid relegation from the Premier League and you’ve let your manager go, then Sam Allardyce is the best man for the job.

I wouldn’t read too much into that 3-0 defeat at home to Villa in Big Sam’s first game in charge because they had a man sent off before half-time but the hard work starts here, that’s for sure.

The one player they have who can really make a difference is on-loan Chelsea man Conor Gallagher. Still only 20, he reminds me of a young Robbie Savage, all biting tackles, hard running, good passing and a constant busyness as he goes about his game. They’re fortunate to have him for the season.

Baggies with decent record in this fixture

It’s hard to think about opposing a side who’s fresh from a 7-0 away win when they’re up against a team in the relegation zone who have just lost 3-0 at home.

But before piling into Liverpool at 1.152/13, be aware that their record against WBA in recent times hasn’t been great. They’ve won just four of their last 13 against them, as Opta point out.

That said, the Reds have just lost one of their last 52 at home in the league to a newly promoted side.

So huge-looking though that 26.0 on West Brom looks, the stats aren’t in their favour.

Conclusion? Liverpool should win this of course but we’re not going in at those skinny odds.

That result at Palace seems to have the layers thinking it’s going to be like that every game from now on. A Liverpool win with over 4.5 goals in it is just 23/10.

Against an Allardyce team, I’m not sure I’d be backing lots of goals at such short prices and if anything, it might be worth going against the grain.

It’s not impossible that WBA can frustrate Liverpool, keep them out till half-time and that Liverpool score one or two in the second half to win relatively comfortably.

A scenario like that makes the Liverpool win with less than 2.5 goals in the game at 16/5 of some interest.

Mo Salah is in some goalscoring firm as we’ve discussed already but then again, he’s just 8/15 to score here. I’d rather go with Roberto Firmino. He started the season slowly as we all know and was heavily criticised for it but these last couple of weeks have been a reminder of what he’s all about.

There was the brilliant headed winner at home to Spurs and then a fine all-round display at Palace, capped with two goals.

I think he’s one of those players who scores in clusters and when he’s hot, he’s worth siding with.

He’s the first part of our same-game multi-bet, so what’s the second? WBA have scored just eight goals, the third-lowest in the league, while Liverpool have kept three clean sheets in their last six in the league, conceding just three goals in that period.

WBA will be focussing on keeping things tight here and with under 0.5 away goals (Liverpool clean sheet) at 4/6, that brings our double to 3.72.