Manchester City manager Pep Guardiola signed a new contract last week keeping him at the club until 2023 but it has not been the smoothest start to this season. City finished 18 points behind runaway champions Liverpool in the last campaign but the opening months of the new Premier League season suggest the club still have plenty of issues to resolve if they are to reclaim the title.

City are languishing down in 13th place with just three wins from their opening eight matches. Although they have a game in hand, Guardiola’s side are already eight points off the top and have been beaten twice. Their latest defeat was a 2-0 loss at Tottenham last weekend when the visitors’ lack of potency in the final third was apparent. City had 66 per cent possession and 22 shots during the game but had no answer to Spurs’ clinical counter-attacks. Guardiola’s side clinched their Champions League knockout qualification with a 1-0 win in Olympiakos on Wednesday.

Burnley off mark with priceless win

Burnley struggled during the first few months of this season with Sean Dyche’s squad hit by injuries. The Clarets have one of the smallest budgets in the competition and their failure to strengthen the team over the summer underlined the scale of the task facing Dyche. Burnley finished tenth in the last campaign but it seems unrealistic to expect a repeat performance.

After failing to win any of their first seven league games, Burnley got off the mark with a vital 1-0 victory at home to Crystal Palace on Monday. Chris Wood scored the first-half winner to lift Burnley out of the relegation zone. Dyche claimed the win had been coming with the side improving in recent weeks and Burnley have kept back-to-back clean sheets. 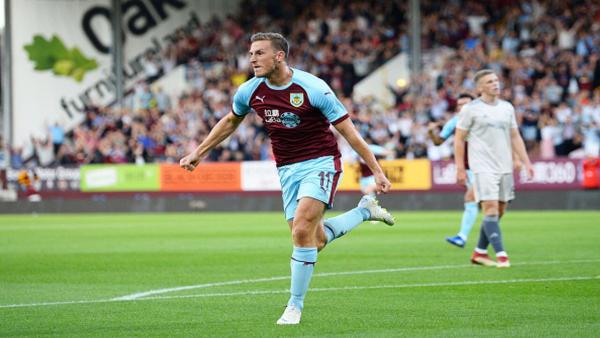 Man City are virtually unbackable at odds of 1.182/11 which do not appear to take into account their inconsistent league form.

Guardiola’s side have failed to win five of their eight league games which does not appear to justify their slender odds for victory.

It is true their record against Burnley is excellent, winning their last six meetings, but their current form is not at the same level of previous seasons.

Burnley are dismissed as no hopers at 22.021/1 which seems almost insulting on their chances. However, Burnley have won just one of their 12 top-flight encounters against their opponents and have to be seen as big outsiders. Despite the frailties of City, there is not quite enough encouragement from Burnley in attack to warrant chancing the visitors at huge odds.

The draw is trading at 8.615/2 and it would be no surprise if Burnley’s defensive gameplan is focused on trying to hold out for a draw. This has not worked in the past although Man City’s lack of goals in the league could give the visitors more hope this time. On balance, this is not an appealing market and it is worth looking elsewhere for bets on the match.

Man City have been renowned for their prolific scoring under Guardiola but that has not been the case this season. City have failed to score more than once in their last six league games. Their lack of potency in the final third has seen them net just ten goals in their opening eight matches in the competition.

City’s last six league matches have all seen under three goals scored and there is no guarantee of a high-scoring contest this weekend. Four of Burnley’s last five games have produced no more than one goal and Dyche will set up his team to frustrate City. Taking a chance on under 2.5 goals appeals at odds of 2.942/1.

Ultimately, City should prove too strong for the Clarets but it may not be a repeat of their high-scoring wins from previous seasons. Their last four victories in all competitions have been by no more than three goals and this match could follow suit.

Betfair are offering a free £10 bet if you spend the same amount on a Premier League Same Game Multi. An option worth considering is a home win with under 3.5 goals and a clean sheet which boosts the odds to 2.41.

Burnley’s Premier League games have seen just 16 goals scored this season, scoring four times and conceding 12, which is fewer than any other side. Under 1.5 goals this weekend can be backed at 5/1.