Goals drying up at both ends

Having been matched at a low of 1.695/7, Manchester City began the season as Premier League favourites but after a stuttering start, and with the defending champions, Liverpool, seemingly back in the groove, Pep Guardiola’s charges are now trading at a tempting 3.7511/4 to lift their third title in four seasons.

The Citizens began their campaign with a professional and comfortable 3-1 win away at Wolves but odds-on title backers knew they were in trouble when Leicester dismantled them 5-2 at the Etihad in their second fixture.

City’s only defeat since the Leicester loss came away at Spurs (2-0) at the end of November and in the five Premier League matches that followed, Pep’s very un-Pep like City have conceded just once, when new signing, Ruben Dias, deflected the ball into his own net at home to West Brom last week.

Defensively, City have been superb of late. Dias has slotted into the back four brilliantly and the resurgent John Stones is playing so well that Aymeric Laporte has gone from being the first name on the team sheet to the third choice centre-back.

Prior to the own goal against West Brom, City had gone more than 10 hours without conceding and in all competitions, they’ve conceded just twice in their last nine matches. The new and improved robust backline is making City very hard to beat but their lack of goals is hurting them.

In the last three seasons, City have averaged a whopping 2.66 goals per game but with their brilliant talisman, Sergio Aguero, out injured the goals have dried up and the Citizens are scoring just 1.46 goals per game, which is the same as the Premier League average this season.

With Aguero on the sidelines, the rest of the team are overplaying in front of goal, often passing when they should be shooting, and with confidence in front of goal so low, they’ve been drawing games that they really should have been winning.

After an inconsistent but promising start to the season, with a home win against Everton and away wins at West Ham and Crystal Palace the highlights, Steve Bruce’s Newcastle were hit hard by the coronavirus at the start of December and they’re still suffering. 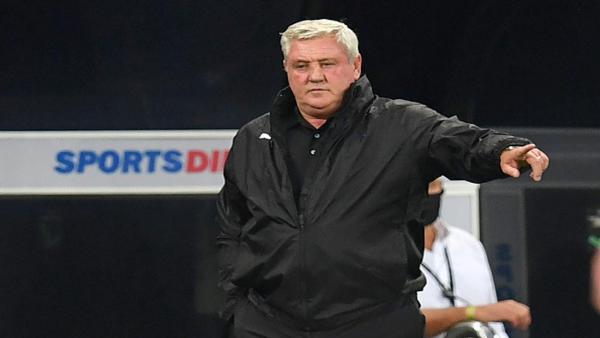 The Magpies trip to Aston Villa on December 4 was postponed due to the number of playing staff affected and although they won their next game, 2-1 at home to West Brom, they’ve been poor in their three since and it’s hardly surprising with key players still ailing.

Club captain, Jamaal Lascelles, and influential winger, Allan Saint-Maximin, have both been suffering from the long-term effects of COVID-19 and neither player has trained since November.

In their two Premier League games since the West Brom win, Newcastle have been thumped 5-2 by Leeds and they’ve drawn 1-1 at home to relation candidates, Fulham, and on Tuesday night they were knocked out of the Carabao Cup by Championship side, Brentford, 1-0.

Given their current coronavirus issues, their very recent form and the fact that the Magpies haven’t won any of their last 16 away league games at Manchester City and that they’ve lost each of their last 11 Premier League away games against them, it’s extremely hard to make a case for the visitors.

Although Over is trading at long odds-on in the Over/Under 2.5 Goals market, the stats suggest it shouldn’t be. No more than two goals have been scored in five of Newcastle’s six Premier League away games so far this season and more incredibly, given how free scoring they’ve been for so long, there have been under 2.5 goals scored in 10 of Manchester City’s last 11 Premier League games, suggesting odds of around 9/4 for Under are more than fair.

No in the Both Teams to Score market is odds-on and that makes sense given how tight the City defence has been of late but on the season long stats, backing Yes at odds of around 2.47/5 could be the way to go. Newcastle have found the net in 10 of their 13 Premier League games this season and both teams have scored in 50% of Premier League games involving City or Newcastle so far this term.

City to win to nil the way to go

It’s really hard to envisage anything but a home win here but at 1.141/7 City are prohibitively priced and the correct score market looks the best place to find any value. Given how mean the Citizens defence has been of late, Newcastle scoring is less likely than them drawing a blank but the days of City trouncing sides week after week appear to be over for now.

City beat Burnley 5-0 at the end of November but the Clarets are the only team they’ve beaten in the Premier League by more than two goals this season and backing 2-0 and 3-0 looks the way to go here.