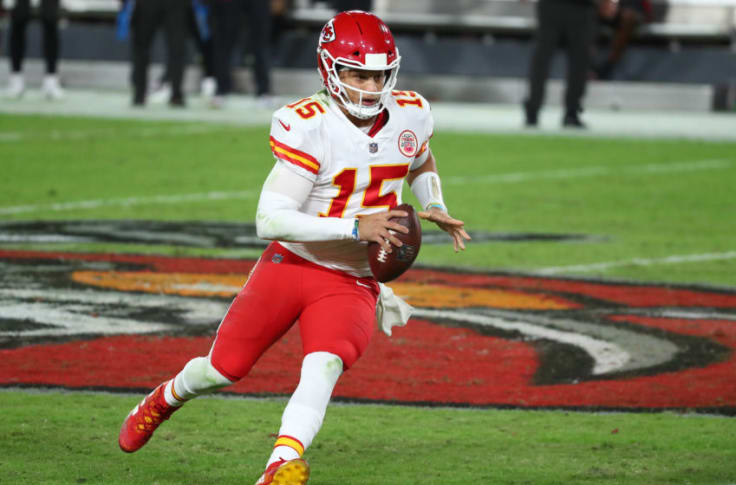 Without much surprise, the two favorites in the odds to win the 2020 NFL MVP Award, Patrick Mahomes and Aaron Rodgers, were named as the starting quarterbacks to this year’s Pro Bowl. The Pro Bowl won’t actually be played this season because of COVID-19, but the selected teams will be honored the week before the Super Bowl.

The Chiefs and Ravens lead the way with seven selections each. Mahomes is the starting quarterback, and he’s joined under center by Josh Allen and Deshaun Watson.

The starters for the AFC:

Leading the way in the NFC are seven selections from the Green Bay Packers and another seven from the Seattle Seahawks.

The other quarterback making the team for the NFC is Arizona’s Kyler Murray.

The starters for the NFC:

A total of 26 first-time selections made the Pro Bowl rosters, with two rookies among them: Washington’s Chase Young and Minnesota’s Justin Jefferson.

Five teams were left without a Pro Bowl selection: the Jets, Bengals, Jaguars, Panthers and Cowboys. This is the first year since 1989 that Dallas has been shut out in Pro Bowl voting and just the third time in the team’s history.

The game was originally scheduled to be played in Las Vegas on Jan. 31 but was canceled in October. Instead, the two rosters will compete against each other virtually on Madden NFL 21, which you will be able to bet online.