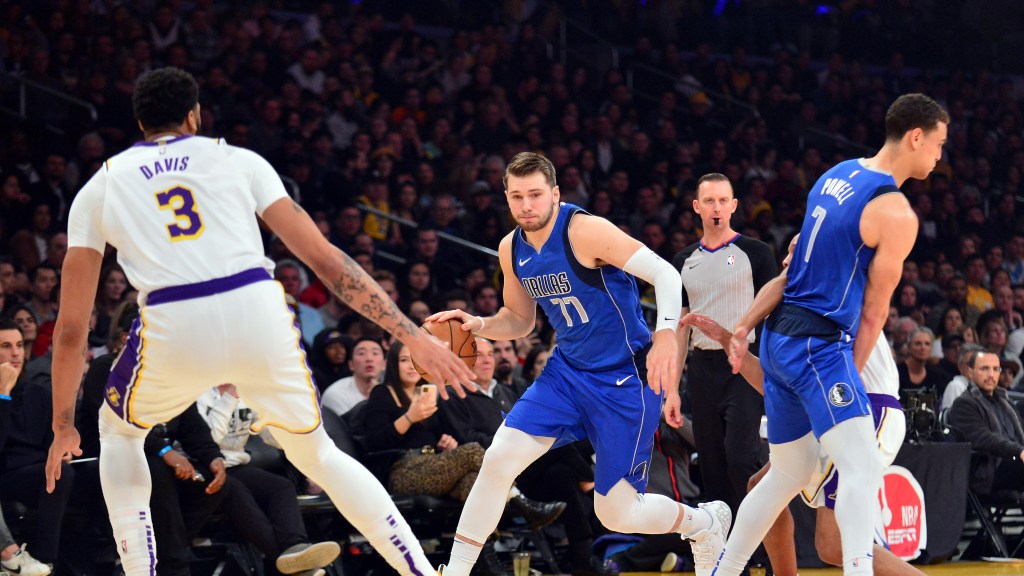 The NBA Christmas slate is headlined by Luka Doncic and the Dallas Mavericks taking on LeBron James’ Los Angeles Lakers as well as Kawhi Leonard and the Los Angeles Clippers playing the Denver Nuggets in their first meeting since the Clippers’ 3-1 collapse in their Western Conference Semifinals series last season.

The 5-game schedule has some pretty enticing prop markets worth examining. Below, we give you four NBA player/team prop bets to consider from the BetMGM game menu.

This is more of a play on newly acquired New Orleans Pelicans C Steven Adams‘ effectiveness than it is against Adebayo. Adams is one of the biggest bodies in the NBA and, even though his career rebound numbers aren’t staggering, he has been in the top 20 in total rebounding percentage for the last four seasons (minimum of 60 starts). The best part of Adams’ game is that he keeps opponents off the glass.

The Bucks’ Christmas day opponents—the Golden State Warriors—gave up 15 3’s in their first game and gave up the third-most 3’s per game in 2019-20. Also, the Warriors will be without Draymond Green, so they will need to pay a little extra attention to Giannis Antetokounmpo, freeing up Middleton to rain 3’s.

The Claw has scored 26 or more points in four of his last five games against the Denver Nuggets and should be out for vengeance because of last season’s playoff disaster.

Denver’s best defensive wing from last season—SF Jerami Grant—signed with the Detroit Pistons this offseason and Kawhi’s projected matchup, SF Michael Porter Jr., had trouble staying on the court due to his weak defense. This feels like a spot Kawhi is going to drop a 30-piece on the Nuggets.

Speaking of 30-pieces, this is the longest odds of any prop here on my bet slip and it requires two MVP contenders putting up 30 each in the biggest showcase game of the season.

Doncic put 32 points in his first game against the Phoenix Suns despite going 0-for-6 from behind the arc. However, Luka is in just his third season and already gets superstar treatment from the officials. He was third last season in free-throw attempts.

As far as Davis is concerned, the 30-plus points won’t be hard if he brings his A-game. His Christmas day matchup—PF Dorian Finney-Smith—had a below-average defensive efficiency last season and Dallas big man Kristaps Porzingis is sidelined with a knee injury.

Want action on any of these props? Sign up and bet at BetMGM. If you’re looking for more sports betting picks and tips, visit SportsbookWire.com. Please gamble responsibly.

Gannett may earn revenue from audience referrals to betting services. Newsrooms are independent of this relationship and there is no influence on news coverage.