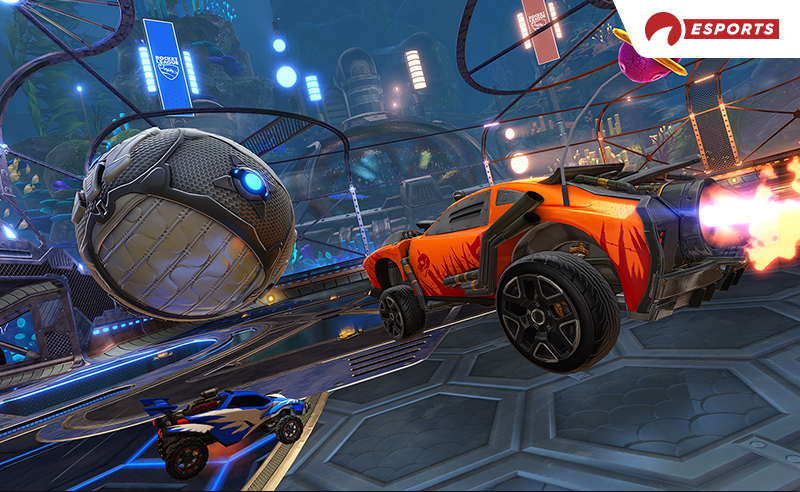 Rocket League action returns to North America on January 7, as Week 3 of the Rocket League Championship Series competitive circuit kicks off with The Grid.

We’ll see 16 teams battling it out over two days, with a small cash prize and all-important championship qualification points on the line. For those who haven’t followed Rocket League esports before, or maybe haven’t even heard of the game, you can expect to see teams of three players flying around soccer pitches in rocket-powered cars, attempting to score goals with giant balls.

Overall the game is very easy to follow and understand, as there are really no rules, and all that matters is getting the ball in the net, and then the final score. If you haven’t placed any wagers on Rocket League before, then The Grid NA is the best place to start.

As previously mentioned, we’ll see 16 teams at the event. This includes only the best of the best in North America, all of which have earned their spot through previous Grid performances or a qualifier event.

The dominant NRG squad enters as the favorite for the event, however, fans of other esports will also see some familiar faces like G2 Esports, Team Envy and Rogue, as well as some Rocket League specialists like Kansas City Pioneers and The Peeps.

When it comes to the event itself, it is fairly similar to the usual esports tournaments. Teams first start in four groups of four, playing in a round-robin format, and then continue to a playoff bracket.

There is a slight bit of variation, as all 16 teams make it to the playoffs and the group stage simply decides seeding. Additionally, the playoffs are played in a single-elimination format, meaning just one defeat means elimination.

Odds as of December 30 at Bodog

Can NA Powerhouse NRG be Stopped?

When you think of North American competitive Rocket League, NRG immediately springs to mind. The squad has been on top of the region for four years now, winning practically every major event since 2016.

That includes five of the six North American Rocket League Championships that they’ve played, countless small events and even the Season 8 international finals.

They’re also on a hot streak in The Grid, having won both Week 1 and Week 2, while defeating their biggest rivals, G2 and Spacestation Gaming. Considering NRG’s history and form, it’s tough to see anything other than another win in Week 3.

While NRG is by far the most successful North American Rocket League squad, they did hit a bump in the road in the most recent Rocket League Championship.

G2 Esports finally managed to overcome the NA titans and secured themselves the Season 9 championship, defeating NRG in the semifinals and Spacestation in the finals. This could have been the turn of the tide and the rise of a new dynasty, but G2 has struggled somewhat since then.

They’ve had a mixed bag of results, including a fourth-place finish at the NA Fall Major, as well as failing to perform at The Grid since a win in mid-September. Both fans and the players will be looking for a return of their championship-winning form.