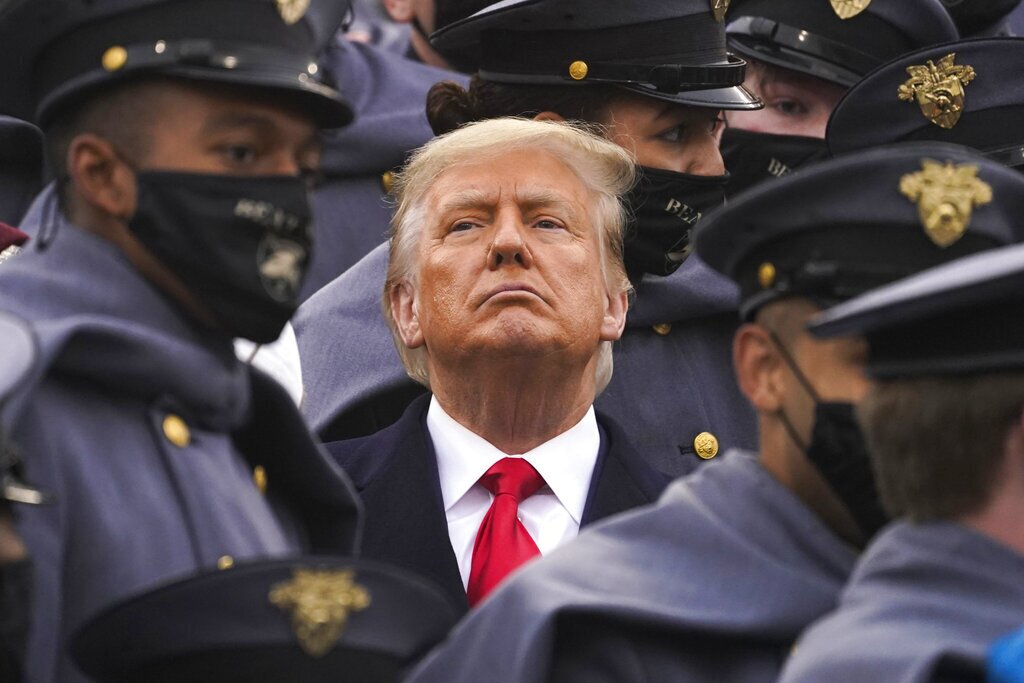 Featured in this article:

You may remember, the United States held a presidential election back on November 3. As it turns out, Democratic nominee Joe Biden garnered 306 electoral college votes in that process, which were 36 more than he needed to become the 46th President of the United States. Despite every legal challenge at his disposal, including pleading with the Supreme Court to, ya know, take a look, President Donald Trump has yet to accept reality and concede that he lost. So, that’s fun.

What’s even better is that President Trump – at least for the next month-or-so – remains the betting odds favorite to be the Republican presidential nominee again in four years. Online sportsbooks Bovada and BetOnline are cooking up 2024 U.S. election betting odds because it’s never too early to start a political panic attack on the tail-end of a worldwide pandemic.

The good people over at Bovada and BetOnline both believe President Trump will win the nomination again in four years when the former reality TV star and real estate mogul will be *checks notes* 78 years old or the same age as Joe Biden is now. Should Trump step aside, his former Ambassador to the United Nations, Nikki Haley’s odds should continue to improve off the current +450.

For some, the thought of forcing the American public to vote for one of only two major political parties is counterproductive, to put it lightly. So, the U.S. voting populace should rest easy tonight knowing there are odds that President Trump could boot up his own political affiliation by the time the 2024 election cycle kicks off. Democrats and Republicans would be joined by, what, the MAGAs? Time will tell. If you believe Trump is arrogant enough to go down this path, Bovada will give you 6-to-1 odds to place a bet that it materializes.

Just this morning – as opposed to any other morning the past four years – President Trump took aim at a major news network due to their inability to blow enough, ahem, positive public relations his direction.

Can’t believe how badly @FoxNews is doing in the ratings. They played right into the hands of the Radical Left Democrats, & now are floating in limboland. Hiring fired @donnabraziIe, and far worse, allowing endless negative and unedited commercials. @FoxNews is dead. Really Sad!

With his recent efforts to embrace more far-right conservative media outlets like Newsmax and OAN and obsession with controlling his narrative via social media, many pundits believe he’ll go out of his way to amplify his voice once more, while Joe Biden is in office. At +185, there’s an implied probability of 35.09% that Trump does indeed launch his own media venture next year.

This from a New York Times article back in late-August:

“There have been so many high-profile books about the Trump era that there’s even a forthcoming book about all the Trump books.”

Based on his public speaking engagements for the better part of the past four years, President Trump will no doubt hire a ghost writer to assist with said memoir, but after taking so many hardcover hit jobs the past four years, most know full-well that Teflon Don will counterpunch once he has a second to clear his head.

This is actually very timely because the Washington Post just published this article stating that Trump’s Palm Beach neighbors aren’t interested in him residing there post-presidency. Ouch. In this regard, there is some value to be had at NYC at 5-to-1. Trump hates Washington, D.C. So, you shouldn’t waste a wager on the Trump’s investing in a nice townhouse around the corner from 1600 Pennsylvania Avenue.

Mar-a-Lago’s neighbors have a message for Trump: We don’t want you as our neighbor.

In a formal letter to Palm Beach and the Secret Service, the neighbors assert that Trump lost his legal right to live there because of an agreement he signed in the 90s. https://t.co/p2xKJbuisz