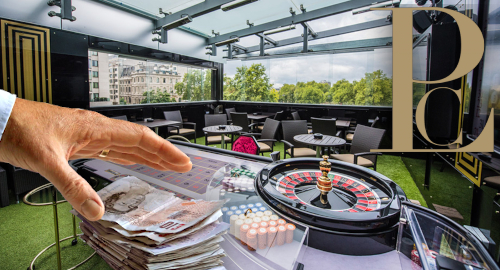 London’s Park Lane Casino is being sued by a VIP gambling customer just as the company appeals the recent suspension of its gaming license.

On Monday, UK media reported on a court case filed by Croatian national Juste Puharic, who claims that the Park Lane Casino reneged on a promise to pay him a ‘commission’ to bet large amounts at the members-only venue during a multi-day gambling session.

Puharic’s legal team told the High Court that their client had been targeted by Park Lane’s VIP managers with an offer to match any ‘cash back’ deals Puharic enjoyed at other Mayfair casinos. Suitably incentivized, Puharic proceeded to wager a little over £27m at Park Lane’s roulette tables over a five-day period in May 2015.

Trouble was, Puharic ultimately emerged from this roulette rodeo nearly £1.5m in the black, leading him to conclude that Park Lane owed him £243,518, equal to a 0.9% ‘win or lose’ commission on his wagering handle that he claimed to receive from other casinos.

Guy Oliff-Cooper, who represented Park Lane operator Silverbond Enterprises Ltd, told the Court that, while some Park Lane staff may have told Puharic that the casino would “consider matching terms that Mr. Puharic received elsewhere,” no formal offer was made to Puharic, nor had the venue ‘enticed’ him to transfer his action from other casinos to Park Lane.

Oliff-Cooper further claimed that Park Lane only offered roulette players “discretionary free hospitality and commission which could be used as a ‘discount on losses,’” but this incentive was never offered to gamblers who beat the casino. Oliff-Cooper has therefore asked the Court to dismiss Puharic’s lawsuit.

November is turning out to be a real drag for Park Lane, which learned last week that the UK Gambling Commission (UKGC) was revoking the property’s license. That decision was sparked by a change in control in the casino’s ownership for which the UKGC found insufficient information regarding how that ownership change was financed.

Silverbond Enterprises is reportedly planning to file an appeal of the revocation, which is set to take effect on November 18. The casino, along with all UK retail gaming venues, is currently closed on the orders of the government as the nation struggles to get a grip on its COVID-19 infection rate.