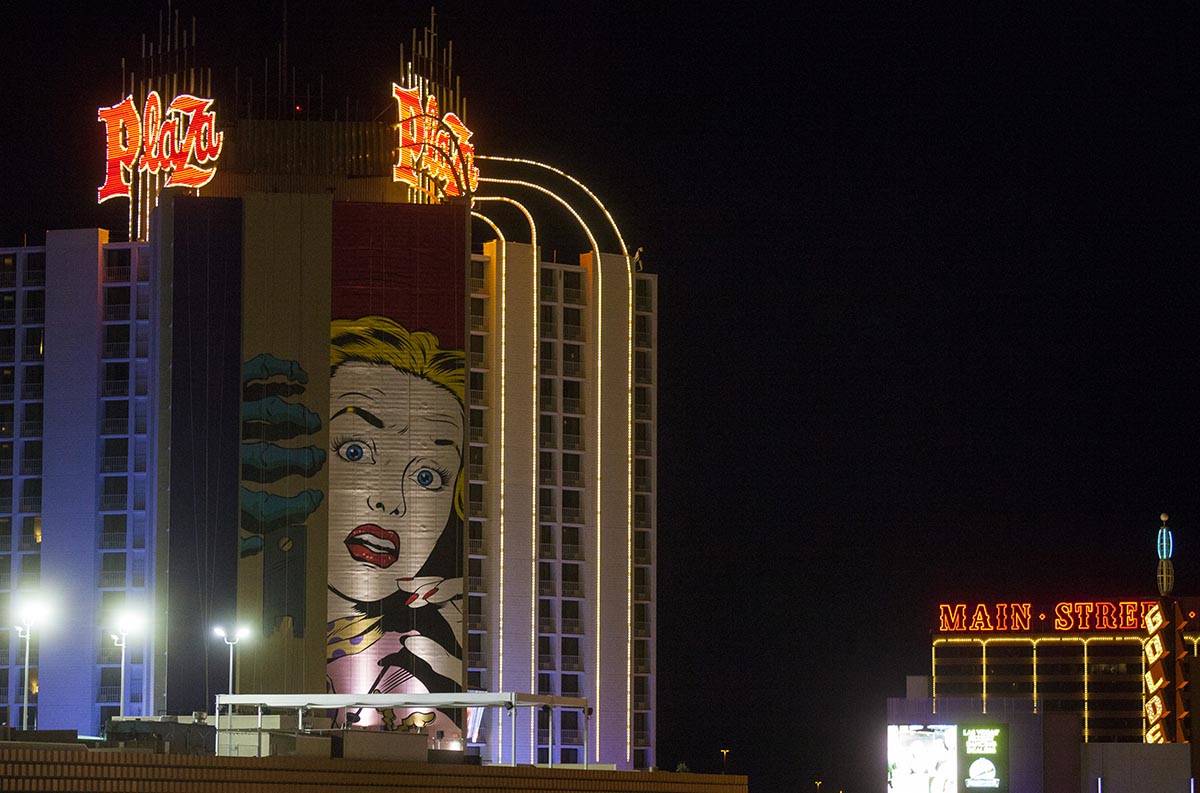 The Greyhound bus station at the Plaza Hotel in downtown Las Vegas is to be replaced with a new development after being located there for nearly 50 years.

“We are very excited to usher in this new era on Main Street,” Jossel said in a statement. “Main Street is where downtown started, and today, it remains the heart of downtown, connecting a thriving Arts District, a state-of-the-art city hall, popular destinations like the Plaza, Fremont Street Experience, our newest neighbor Circa, and much more.”

Jossel said the Plaza will partner with the city of Las Vegas to build a pedestrian friendly pathway leading to a new bridge connecting the hotel-casino on Main Street to Symphony Park.

“We are thrilled to partner with Jonathan and our friends at the Plaza Hotel to link together two vibrant areas of our downtown,” said Mayor Carolyn Goodman in a statement. “This connection will further enhance the vibrancy of downtown, including the Plaza and Symphony Park, by making the area more walkable. It’s exciting and gratifying to see downtown’s revitalization continue thanks to public-private partnerships like those with the Plaza.”

The Greyhound bus terminal will be vacated by the middle of next year as discussions with developers on possible projects for the space have already begun.

“With Greyhound relocating, we look forward to transforming the bus station into a new, dynamic downtown destination that will improve the ambiance and sense of community on Main Street,” Jossel said.

“Greyhound can confirm it has plans to relocate in Las Vegas at the beginning of 2021,” Booker said in an email. “We are currently in the midst of planning and cannot confirm additional details at this time.”

The pedestrian pathway will lead downtown visitors over the Union Pacific railroad tracks to the new residential and commercial development in Symphony Park. The pathway will feature desert landscaping, lighting, and a decorative safety wall to enhance the walking experience.

The planned projects fit into plans by the Tamares Group, the owner of the Plaza, and the city of Las Vegas to revitalize the downtown area.

Tamares sold the Las Vegas Club in 2015, making way for the recently opened Circa resort, improvement projects and expansions at the Plaza, including the addition of over 100 guest rooms and suites and the Core Arena, an outdoor equestrian and multipurpose facility on Main Street.

The Smith Center of the Performing Arts sits next to Symphony Park and President and CEO Myron Martin said that while he hasn’t seen the project’s details, he’s hopeful it will be beneficial to all parties involved.

“While I do not know the specifics of this particular plan, I’m sure Jonathan Jossel and city of Las Vegas are working on a plan that will add value to both sides of the railroad tracks,” Martin said. “A well conceived and designed pedestrian bridge should be well received. I could imagine a time when artists performing at The Smith Center could walk across a safe, well lit, attractive bridge to get to their hotel, and our audiences walking for pre- or post-show dinner and drinks.”