In the world of Texas Hold’em tournaments, knockout poker tournaments have a special place. These bounty poker events require a number of strategic adjustments because eliminating players comes with an extra reward.

You don’t just get all of their chips, but you also claim their bounty.

Bounty poker has some elements of cash games, but you’re still playing a tournament. This means you still need to focus on making the money and getting deep runs. Juggling between these two aspects isn’t always the easiest thing in the world.

In this article, I’ll give you some tips and strategies for knockout poker MTTs and their two most popular variations. Even if you’re completely new to this particular format, once you read this guide, you should have a good idea about what adjustments are required to do well in it in the long run.

Poker Knockout Tournaments in a Nutshell

Every time you eliminate a player in a KO tournament, you will also receive the bounty attached to their head.

There are three main types of bounty poker tournaments you’ll come across online and in the live setting, namely:

This article will focus on Super KOs and PKOs as the value of bounties can significantly impact your strategy. In regular bounties, where only 20% of the buy-in goes to the bounty pool, you shouldn’t deviate too much from the solid freezeout MTT strategy. 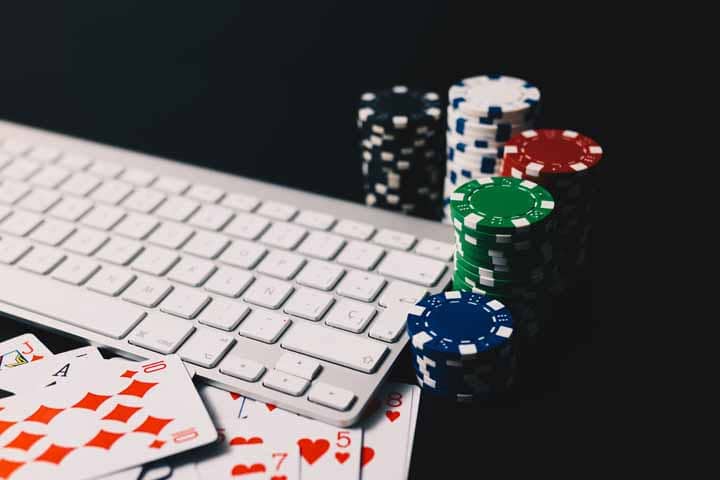 In this type of tournament, half of your buy-in goes to the prize pool, and the other half is reserved for the bounties.

So, what is bounty in tournament with a $55 buy-in?

Every time you eliminate a player, you will win $25 in cash, and that amount will be immediately added to your cashier or paid as a cashable chip in a live poker room. That money is yours to keep no matter what.

When you’re eliminated from a knockout poker tournament, the player who eliminates you will win only $25. Any other bounties you won along the way stay with you.

Progressive knockout MTTs represent a relatively new format and are mostly limited to the online realm, primarily because they’d be hard to implement and supervise in a live environment.

These tournaments begin like normal KOs, where 50% of your buy-in goes to the bounties. However, there is a twist.

When you eliminate a player, you’ll only win half of their bounty. The other half will be added to your bounty.

If you were to lose an all-in at this point, you’d keep the $25 you’d won. However, the player who eliminated you wins $25 in cash, and $25 is now added to the value of their bounty. 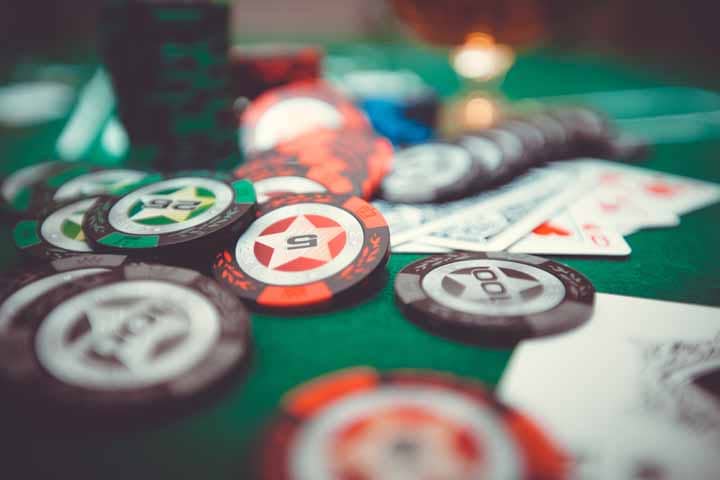 As you can see, PKO poker tournaments offer a rather exciting and action-packed environment, especially at the later stages. The deeper you go, the bigger the values of PKOs become, which often creates tough spots.

Let’s first start with the strategy for normal knockout tournaments, where 50% of the buy-in is set aside for the bounty, and the value of the bounty doesn’t change.

The first thing to figure out is the math behind knockout poker tournaments.

This math isn’t perfect as you’re still playing a tournament, and there will still be ICM considerations to worry about. However, it’s a solid approach that will help you come up with correct decisions more often than not.

In a freezeout tournament, most players adhere to a solid TAG approach during early levels. They’ll often transition this into KOs, which can be a significant leak.

If the value of a bounty is equal to one starting stack, it’s clear that those chips have a much bigger value during early levels while blinds are small.

Additionally, playing too conservatively and falling behind the pack will put a target on your back.

You shouldn’t go crazy and call off with any two cards just to try and win someone’s bounty, but you do need to adjust your preflop ranges, at least somewhat.

Also, you need to factor in the additional equity when deciding whether to call or not.

As you get deeper into a bounty tournament, the influence of knockouts on your decisions will actually decrease.

As blinds increase and the value of the average stack grows, the value of a single KO (which is about 5,000 chips) falls. You should start paying more attention to chip preservation and building your stack in good spots rather than focusing on bounties.

Of course, if you have a big stack, you can still afford to pick off very short stacks somewhat lightly.

But, be very careful against players that can actually create some damage.

If you find yourself on a shorter stack, you need to be aware that stealing blinds and antes won’t be as easy as in regular MTTs.

Players have more incentive to look you up and try to see flops against you if they have you covered. Don’t expect to win as many pots uncontested, and adjust your push-fold ranges for your opponents’ wider calling ranges.

For example, suited connectors like 9T or TJ go up in value because you’ll get more calls from hands like Ax and Kx than in a regular tournament. 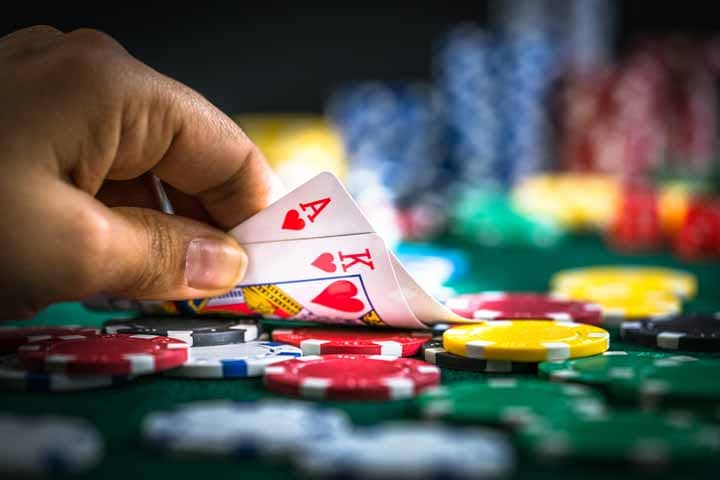 A hand like 9T will often be a better shoving hand with a short stack than a hand like K3, although the latter is stronger in absolute terms. It will play better against the wider calling range of your opponents.

Once you get past the bubble of a knockout poker tournament and start inching towards the final table, you should be focusing much more on the ICM and getting in the position to win the whole thing.

At this stage, the value of a single knockout will have decreased significantly, and it will barely play a role in your decision-making process in significant pots.

Once the value of the bounty becomes a few antes, you really can’t afford to tweak your calling ranges based on it alone. Of course, you’ll still look to pick off bounties where you can, but they should by no means be your primary focus at this point.

When you make the final table, and there is something like $3,000 up top, this is what you should be focusing on.

A couple of bad calls just to try and win the extra $50 can mean the difference between getting in the contention for the top spot or busting out early, losing a massive amount in pure cash equity. It’s simply not worth it.

Progressive knockouts are a special kind of a beast, and if you’ve played some of these, you probably know how tricky things can get as you get deeper.

To make your life easier, you can use a similar mathematical model to calculate the value of each bounty. However, since you can only win half of the bounty, its chip value is slightly over 50% of the starting stack. 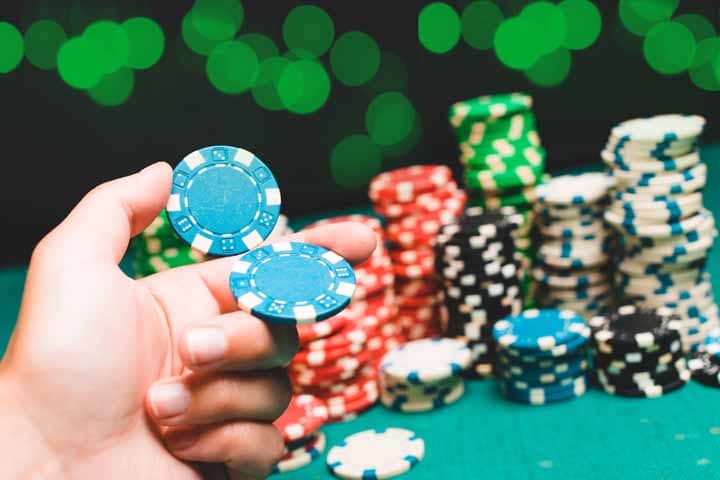 The reason why it’s slightly over 50% is that if you end up winning the tournament, you’ll get to keep whatever bounty you have on your head. This isn’t a huge factor, but in the long run, it’s something to keep in mind.

Much of what’s been said about regular bounty tournaments applies to PKOs. However, when calculating equity, you should only add 50% of the starting stack to the pot instead of the full stack.

This means that your calling ranges will be tighter during early levels of PKOs.

For the most part, you’ll rarely be in the situation where you are up against someone who has more than the initial bounty on their head, and you also have them covered during the first few levels.

The additional value of a bounty in PKOs is irrelevant during the early stages. In a big field MTT, you have a very long way to win, so you can simply disregard it at this stage.

In a nutshell, you should probably be a bit more conservative during early levels of PKO poker tournaments than in regular bounties.

It’s during the middle stages that the dynamics in a PKO poker tournament can get all tricky and weird.

By this point, there will be a fair number of players with big bounties on their heads, which will incentivize others to try and knock them out to make a quick profit.

To top it off, a big bounty doesn’t always have to equal to a big stack.

Someone could have a great run through the tournament, eliminating a bunch of players, but then they lose a few hands, and they are suddenly left with a short stack and a huge target on their back.

I’d say that you shouldn’t overcomplicate things during this phase and try to base your decisions on the PKO poker math explained earlier.

In some very extreme cases, you might want to deviate from it ever so slightly if someone has a really huge bounty and you’re in a position where losing to them won’t affect your chances of a deep run too much. 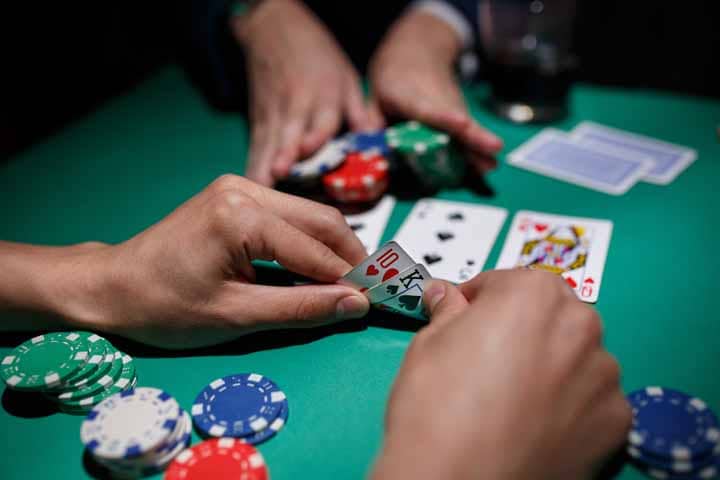 But, as is often the case in poker, playing a solid and fundamentally sound game will yield the best results in the long run.

By the same token, you need to be aware of your situation at the table.

If you’re the short stack with a big bounty, understand that people will be looking for excuses to call off.

Tighten your shoving ranges, and don’t be afraid to make relatively big shoves with strong poker hands. That juicy bounty will cause people to make mistakes.

The final table of a PKO poker MTT is a very interesting place to be at. Once there are only a few players remaining in the tournament, most of you will have sizeable bounties on your heads. This will influence everyone’s strategy.

What you need to keep in mind is that it really sucks to finish second in a PKO.

The difference between winning and finishing the runner-up can be quite substantial because of the bounties. The winner will walk away with all the bounties they have collected through the tournament, plus the amount they get from the other player.

This is all on top of the first-place money, of course.

So, while you should look for the spots to pick off big bounties, you should focus more on trying to get to heads up with a solid stack that will give you winning chances.

In a nutshell, you want to play a solid final table strategy and avoid doing anything crazy just to claim bounties. Opportunities will present themselves anyways if you play a solid and reasonable poker strategy.

Knockout tournaments, and especially PKOs, have become very popular lately. More and more players are taking up this format, looking to profit off of those who don’t take the time to learn and adjust their strategies.

Of course, some players still prefer traditional MTTs as they feel like KOs aren’t “pure” enough. To them, tournaments should be a straightforward and simple battle to the last poker chip.

Whether you fancy poker knockout tournaments or not is entirely up to you. There is a lot of money to be made with this format, especially in PKOs. However, if you want to become good at it, you do need to make some adjustments and accept the fact these play differently from regular MTTs.

If you haven’t had a chance to try these yet and feel inspired after reading this article, you’ll find countless options across all popular online poker rooms. Give some smaller buy-ins a go and see how you like them.

Who knows, you might fall in love with bounty and PKO poker tournaments and finally find a format that can help you realize the dream of making a living playing poker!