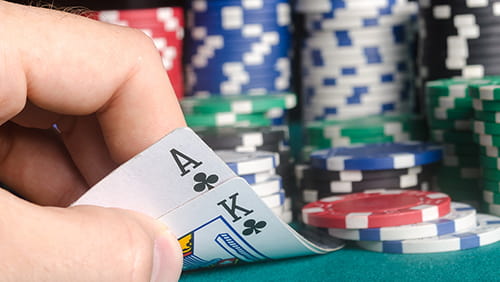 If poker fans thought that they were going to be devoid of entertainment with the World Series of Poker taking place online rather than live in Las Vegas, they were wrong. From players winning on WiFi in whole foods car parks to others losing signal at the most vital moment, the WSOP still brought moments of real drama throughout the summer series.

One of the best of those moments came when Ron McMillen, a 70-year-old businessman who had never played online poker before, won the very first tournament that he entered and captured a WSOP bracelet in the bargain.

PokerNews reporter Chad Holloway broke the news in a Tweet that was seen around the world as the ‘MacDaddy15’ winner of Event #9 of the 2020 WSOP Online Series turned his $1,000 entry into $188,214 in the 6-Max No Limit Hold’em event. It quickly became the viral smash of the summer WSOP series.

Even though the game is online this summer, we still get special moments like this! pic.twitter.com/6dnGXKhMTQ

Having only played live, the excitement was clear to see, and besting 1,025 other players was a huge achievement. McMillen donned a protective face shield to invite his friends down to Las Vegas so they could celebrate in style in Sin City and po some champagne.

In what was McMillen’s first WSOP bracelet win, the mature player gained huge confidence and opened the doors for massive WSOP fields later in the series. More than that though, he proved to himself that online poker wasn’t something to be afraid of but embraced as he outlasted everyone to ultimate victory.

The World Series of Poker’s 2020 Online Series was a massive success overall, with 31 events taking place daily throughout July on WSOP.com and another 54 events taking place on GGPoker right through until early September. With millions of dollars won and 85 bracelets sent by courier to the winners for ‘unboxing’ videos, the 2020 WSOP Online Series became a curate’s egg.

Players such as McMillen really sold the series and not only in value entry tournaments but high roller series events too, players really bought into it. Magical moments such as the one McMillen celebrated reaffirmed the possibility for thousands of players that 2020 could still be the year that they won their first bracelet, just in a slightly different way to that which they might have aspired to.

Easily the celebration of the year, we hope that the World Series of Poker is back at the Rio All-Suite Hotel & Casino in 2021… and that Ron ‘MacDaddy’ McMillen is front and centre in the queue for a tournament ticket in the Main Event.