Doug Polk had to work for his money on Wednesday. He also had to withstand a furious rally by Daniel Negreanu. But after all was said and done, he ended one of the longest sessions of the challenge with yet another six-figure win. 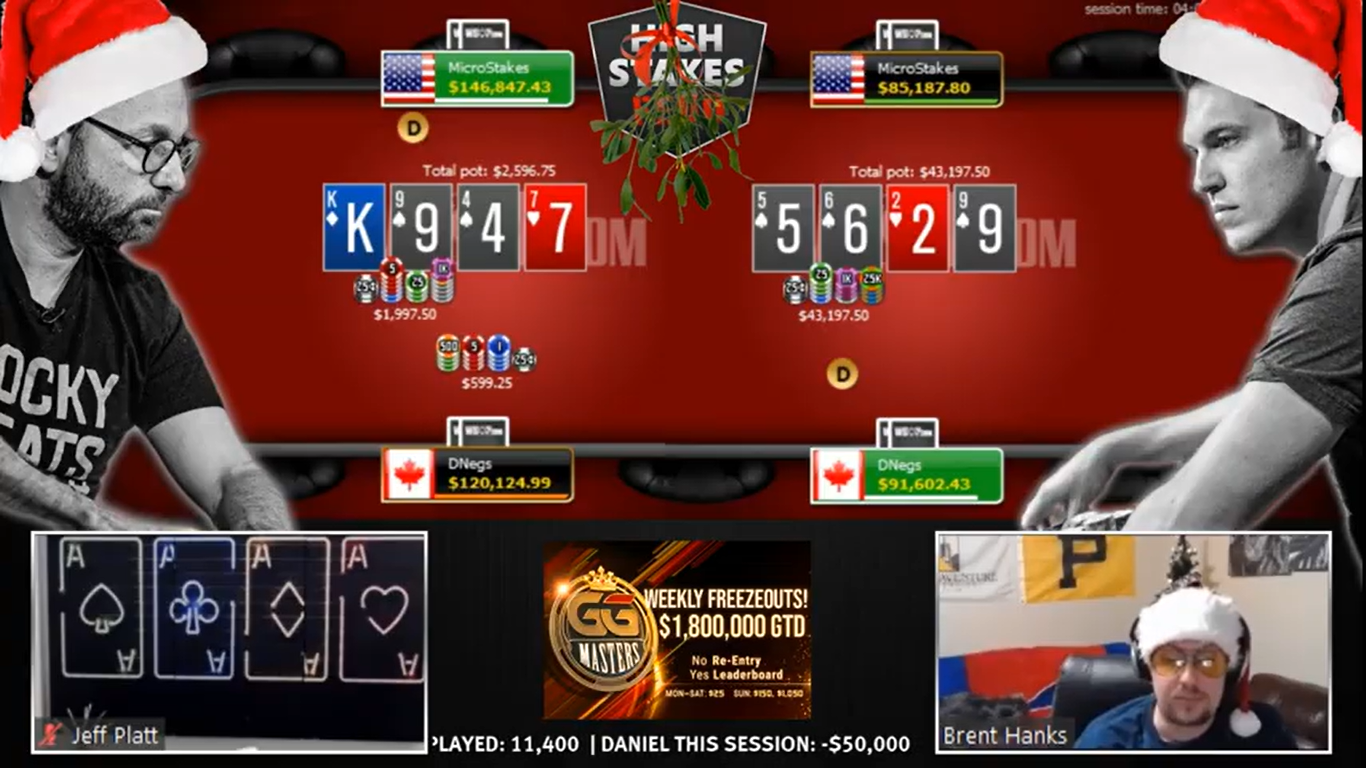 Negreanu was coming off two straight winning sessions in which he profited over $260,000 total. He was looking to continue his winning ways, but couldn’t shrug off an early massive deficit.

Polk entered Day 21 of the $200/$400 heads-up no-limit hold’em competition on WSOP.com with a $696,000 lead. The long-time feuding poker pros had completed 11,318 hands of a 25,000-hand challenge. On Thursday, they nearly hit the midway point, and Negreanu is now down by a margin that will be difficult, but not impossible, to come back from.

Two hours into the session, Doug Polk had already generated nearly a $200,000 lead. He was dominating the match up to that point, and luck wasn’t the only contributing factor. The Upswing Poker founder who supposedly retired from poker a couple years ago, was simply out-playing his opponent.

Negreanu found the wrong time to bluff in a few spots, and made the critical error of five-bet jamming with pocket threes pre-flop, and ran into Polk’s jacks (which held up for a $101,000 pot).

Negreanu lost another $80,000 pot in which he five-bet pre-flop jammed with A-Q, running into the A-K of Polk. The GGPoker ambassador actually hit his queen on the flop and appeared to be destined to take down a huge suck out. But the turn gave Polk the nut straight and the winning hand. The flop was merely a cruel tease for “DNegs.”

Negreanu would bounce back in a big way. After trailing by nearly $200,000 at one point, he rallied to nearly reach even stacks. And he had an opportunity to gain the lead with Q-7 against J-7 on a board that included two sevens. But a river ace forced a chop instead.

Polk then took over the match again and finished with a $114,140 profit in 904 hands, the second longest session of the challenge. The poker superstars have now completed 12,222 hands. They’re headed for a five day break for Christmas before returning to the virtual felt Dec. 28 at 2:30 pm PT.