Portugal manager Fernando Santos has confirmed that a maximum of only three of his attacking ‘Fab Four’ of Cristiano Ronaldo, Diogo Jota, Joao Felix and Bernardo Silva will start. Santos has yet to be drawn on which one of the four will be named among the substitutes.

Kylian Mbappe is an injury doubt. The PSG striker sat out France’s shock 2-0 home defeat to Finland on Wednesday night. Should he be absent, Anthony Martial is expected to deputise. Benjamin Pavard looks set to return after missing the Finland match through injury.

France look to raise their game

This looks set to be an absorbing encounter although fans and neutrals alike will hope the entertainment levels are higher than when the sides played out a dull 0-0 draw in Paris last month. The big lesson from that encounter was how well-matched the sides are.

The most significant factor heading into this game is France’s unexpected home defeat to Finland on Wednesday night. Manager Didier Deschamps rotated in several positions but this alone doesn’t entirely explain why France were so poor.

A born winner, Deschamps will have spent the last 36 hours making his players fully aware of their obligation to produce a much better performance at the Estadio da Luz. History also shows that France are unlikely to lose twice in a row.

The last time les Bleus suffered consecutive defeats was in June 2015. Those losses came at home to Belgium (3-4) and away to Albania (0-1) and in mitigation the team was in transition at the time, as shown by some of the names on the teamsheets (Benoit Tremoulinas, Max Gonalons, Geoffroy Kondogbia). 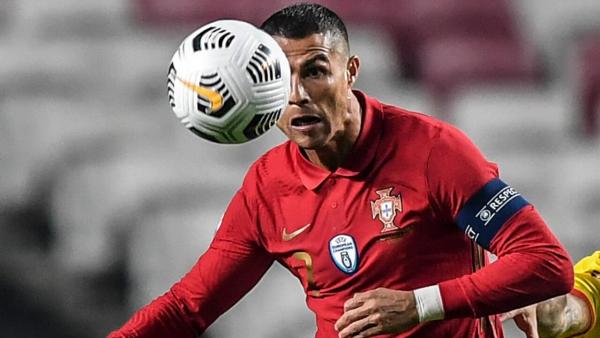 Defences set to be on top

For all the ongoing excitement over Cristiano Ronaldo’s pursuit of Ali Daei’s international scoring record – Dai scored 109 times for Iran while Ronaldo (pictured above) took his tally to 102 with a late strike against Andorra – Portugal’s strength is really their defence. They’ve kept clean sheets in seven of their eight fixtures. They shut out not only France last month but also Sweden (2-0, Sep 2020) and Spain (0-0, Oct 2020).

The stats for the goalless draw between France and Portugal in Paris last month shows how well-matched these teams are: as well as the game ending in a stalemate, the possession stats were 49% France to 51% Portugal, France managed 576 passes (85% pass completion) to Portugal’s 582 (88% pass completion) and both sides had 10 shots on goal, managing three each on target.

Given that there’s barely anything to pick between the sides the value lies with underdogs France (Kylian Mbappe’s fitness permitting). Portgual are 2.56/4 to win, with France 3.39/4 and The Draw 3.3512/5. The larger odds on France throw up the opportunity to back the visitors either on the Draw No Bet market or with a small start on the Asian Handicap market. For a full guide to Asian Handicap betting, click here.

In the goals market, Under 2.5 Goals will attract attention at 1.758/11. Portugal’s outstanding defensive record and the fact that France, having suffered that shock defeat to Finland, may well play it safe and settle for avoiding defeat rather than taking the risks necessary to beat high-calibre opponents, suggest another cagey encounter between these two sides might be on the cards.