Aston Villa are at their best when forced to play on the counter-attack, as in the 7-2 and 3-0 victories over Liverpool and Arsenal, and while huge improvements over the summer have also made Dean Smith’s side capable of playing more expansive football they remain vulnerable. In defeats to Southampton, West Ham, and Brighton this season Villa dominated territorially – and then were hit on the break.

Man Utd will be able to lure Villa into their trap. Ole Gunnar Solskjaer’s side prefer to sit deeper and counter-attack and the visitors won’t be able to resist the temptation to dominate the ball at Old Trafford. Naively believing they are in control of the contest, Villa will take the game to their hosts and push the full-backs forward, leaving lots of space for Marcus Rashford, Anthony Martial, and Mason Greenwood.

Edinson Cavani’s suspension is good news for Villa, however. His movement dropping off the front line to link with Bruno Fernandes, and provide the centre-backs with a more purposeful passing option, has been crucial to their recent good form. But even without Cavani, United ought to be able to play in their preferred style and expose the Villa defence.

Although this game has been billed as pragmatist versus idealist, as all-out attack versus counter-attack, that does not mean we will get a frenzied end-to-end game. Leeds United are generally only involved in wild, open contests when both teams decompress the lines and seek space horizontally and vertically. By contrast, as in the 1-0 win over Burnley, if the game is attack versus defence things tend to be a bit claustrophobic.

Jose Mourinho will be very worried about the number of Leeds runners from midfield, and consequently his Spurs team will sit deeper than usual, holding a cautious low block and ensuring their full-backs rarely go forward. Mourinho will know that the buzzing interplay and hectic one-twos deployed by Leeds lose their potency when they’re enacted harmlessly in front of two banks of four. 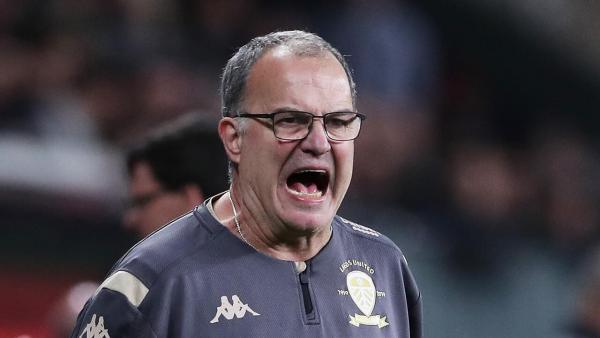 What’s more, Spurs are unlikely to break very well, despite the fact there will be space behind Leeds’ high defensive line and attacking full-backs. Heung-Min Son hasn’t been in great form recently, and more importantly the fulcrum of their attacks can be stunted here. Leeds’ man-to-man pressing system means one of Bielsa’s centre-backs will confidently follow Harry Kane as he drops, potentially marking him out of the game. There is a lot of value to be found in backing this to be a surprisingly low-scoring game.

Chelsea don’t tend to light up the ‘Big Six’ clashes. Frank Lampard has learnt how to approach these games from playing under Mourinho all those years, with his side regularly sitting deep, refusing to press, and playing longer passes forward to break. Given that Chelsea’s attackers aren’t gelling properly at the moment, this territorial retreat points to few chances being created by the home side – who will gladly take a point.

Pep Guardiola may also be happy with a draw, and this season he has notably instructed his players to slow down, seeking control of the unique variables of pandemic football by lowering the tempo and hogging possession. Chelsea will allow them to do this, leading to a relatively tedious and constipated game of football.

If anyone is to break the lines and take the points, it will be in-form Raheem Sterling. The left winger has recorded a goal or an assist in each of his last three games by cutting into central attacking midfield. On Sunday, he will be met here by N’Golo Kante, likely deployed on the right of a two alongside Jorginho. Sterling versus Kante is a battle the Chelsea man will probably win. This won’t be the most exciting game of the weekend.

Liverpool have now drawn three of their last five Premier League games and it would have been four without Roberto Firmino’s very late winner against Tottenham Hotspur. Jurgen Klopp should be alarmed by how sluggish his attackers have become, with successive bus-parking teams West Brom and Newcastle United denying them in December. Clearly fatigue is taking its toll at Liverpool mentally as well as physically.

But the trip to St. Mary’s is a different affair altogether. Ralph Hasenhuttl’s side will spend long periods of the game sat behind the ball in a 4-4-2, and yet they are also strong pressers and will look to prevent Liverpool from playing out from the back, pushing up from goal kicks. In the 1-0 defeat to Man City, a long ball from Ederson took half the team out of the game and presented Kevin de Bruyne with space to cross for an unmarked Sterling to grab the winner.

Liverpool will be better than Man City at outmanoeuvring Southampton’s pressing, with Sadio Mane and Mohamed Salah both excelling in spaces behind the Saints wingers Moussa Djenepo and Stuart Armstrong. The Liverpool forwards are much improved when given space between the lines, and they only need it once to win this match; Southampton haven’t scored in three games.