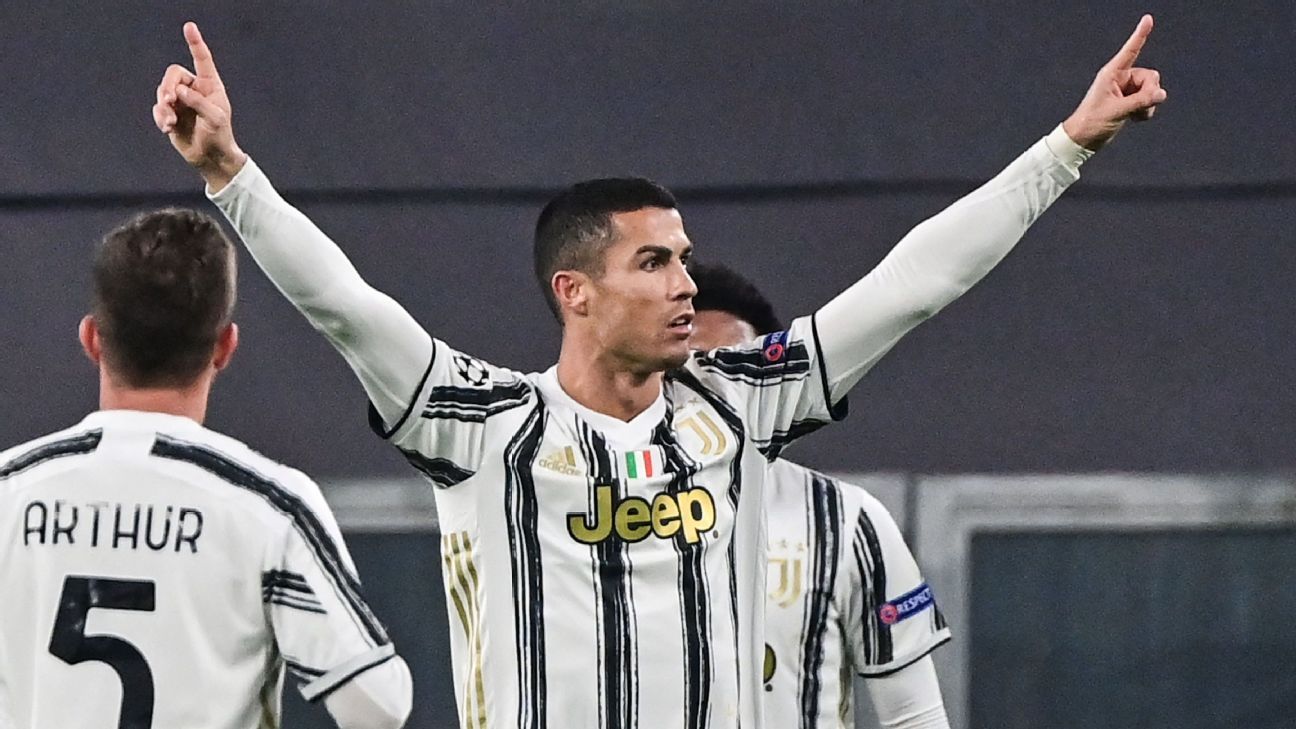 Cristiano Ronaldo has scored the 750th goal of his career in Juventus’ Champions League clash at Dynamo Kiev.

Ronaldo reached the milestone in Wednesday’s game with a tap-in at the far post in the 57th minute.

Ronaldo, 35, started his career at Sporting Lisbon and scored his first senior goal on his debut in a 3-0 victory over Moreirense in 2002.

In all, he scored five goals in his debut campaign, before moving to Manchester United in the summer of 2003.

Ronaldo spent six years at Old Trafford, where he won three Premier League titles as well as the Champions League in 2008 — a season which saw him net 42 goals in all competitions.

He also claimed an FA Cup, the League Cup twice and a FIFA Club World Cup during his time in Manchester. In all, he scored 188 goals and won the first of his five Ballon d’Or awards.

Ronaldo joined Real Madrid for a then world-record £80 million in 2009, where he stayed for nine seasons and became the club’s all-time leading scorer with 450 in all competitions — which averages out at 1.03 goals per game.

In 2018, he joined Juventus and has scored 75 goals in all competitions and has won back-to-back Serie A titles. For Portugal, Ronaldo has 102 goals — the most of any European player — and is behind only Iran’s Ali Daei (109) for most goals scored for their national sides.

He made his international debut in 2004 and led Portugal victory at Euro 2016 as well as the UEFA Nations League 2019, the year he scored the most goals for his country with 14. His haul of five Champions League victories is the most in the present era, while he is the competition’s record goal scorer with 132 — and one of only three players, alongside Lionel Messi and Karim Benzema to have scored in 15 consecutive seasons.

Ronaldo has scored against 33 different teams in the Champions League, which is second only to Messi’s 35.

Ronaldo also has the most assists in the tournament’s history with 41. Ronaldo’s tally of 17 goals in his victorious 2013-14 season is a record for a single season, while he is also the only player to score 16 — a tally he reached two years later. He has won the European Golden Shoe award on four occasions.