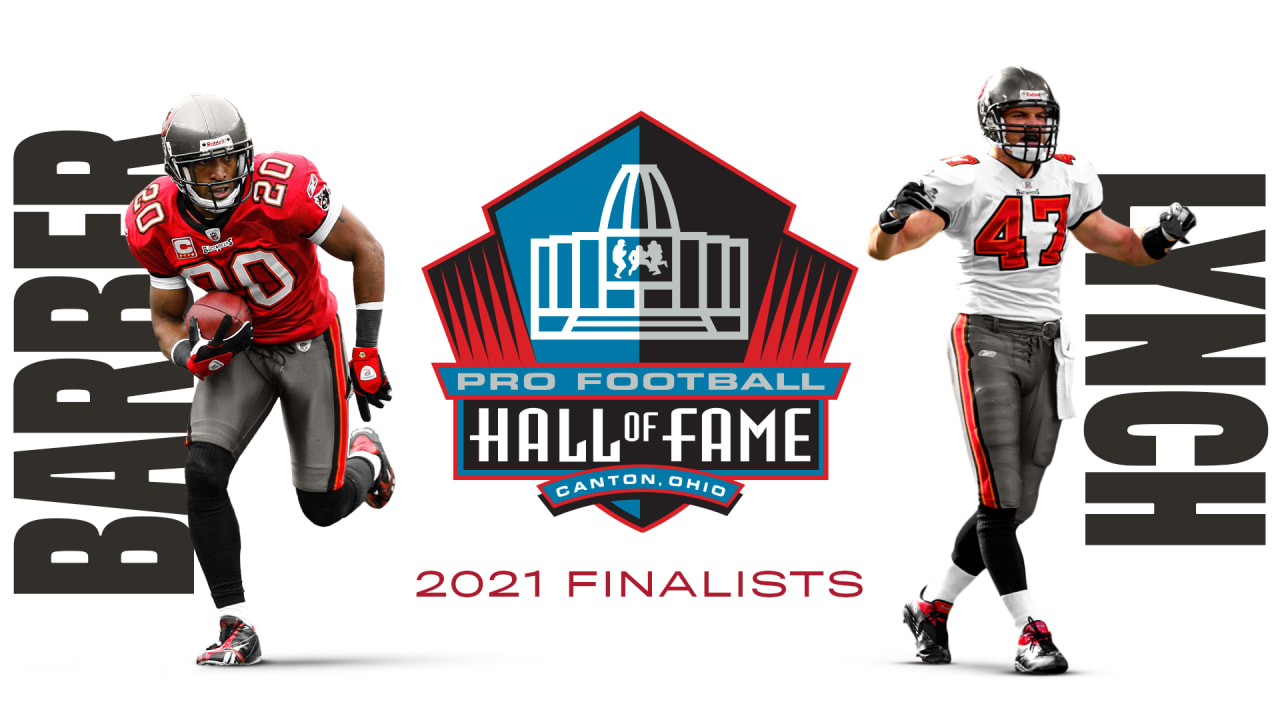 Barber and Lynch could become the fourth and fifth players who spent all or the majority of his career with the Buccaneers to get a gold jacket, joining Lee Roy Selmon (Class of 1995), Warren Sapp (2013) and Derrick Brooks (2014). Other Hall of Famers who have ties to the Buccaneers include Tony Dungy, the team’s head coach from 1996-2001, quarterback Steve Young and guard Randall McDaniel.

Like Brooks and Sapp, Barber and Lynch were key figures in the Buccaneers’ franchise turnaround in the mid-’90s and its subsequent run to the Super Bowl XXXVII championship. Lynch played 11 seasons for Tampa Bay (1993-2003) before finishing his career with four years in Denver; he first came to the Buccaneers as a third-round draft pick in 1993. Barber played 16 seasons in the NFL, all with the Buccaneers, and is the only player in NFL history to make 200 consecutive starts at the cornerback position.

Like Lynch, Barber was a third-round draft pick by the Buccaneers, becoming Lynch’s teammate in 1997. He would go on to set franchise records for games played (241), games started (232), interceptions (47) and defensive touchdowns (14). He started 215 consecutive games to end his career and never missed a game due to injury. Most notably, Barber is the only player in league history to record at least 45 interceptions and at least 25 sacks. He is credited with helping to redefine the slot corner position as he spent most of his career in a dual role playing both outside corner and inside in the nickel. As a slot corner, he showed incredible blitzing ability and also was a key part of the Buccaneers’ run defense, finishing his career with 1,428 tackles, an incredible number for a cornerback.