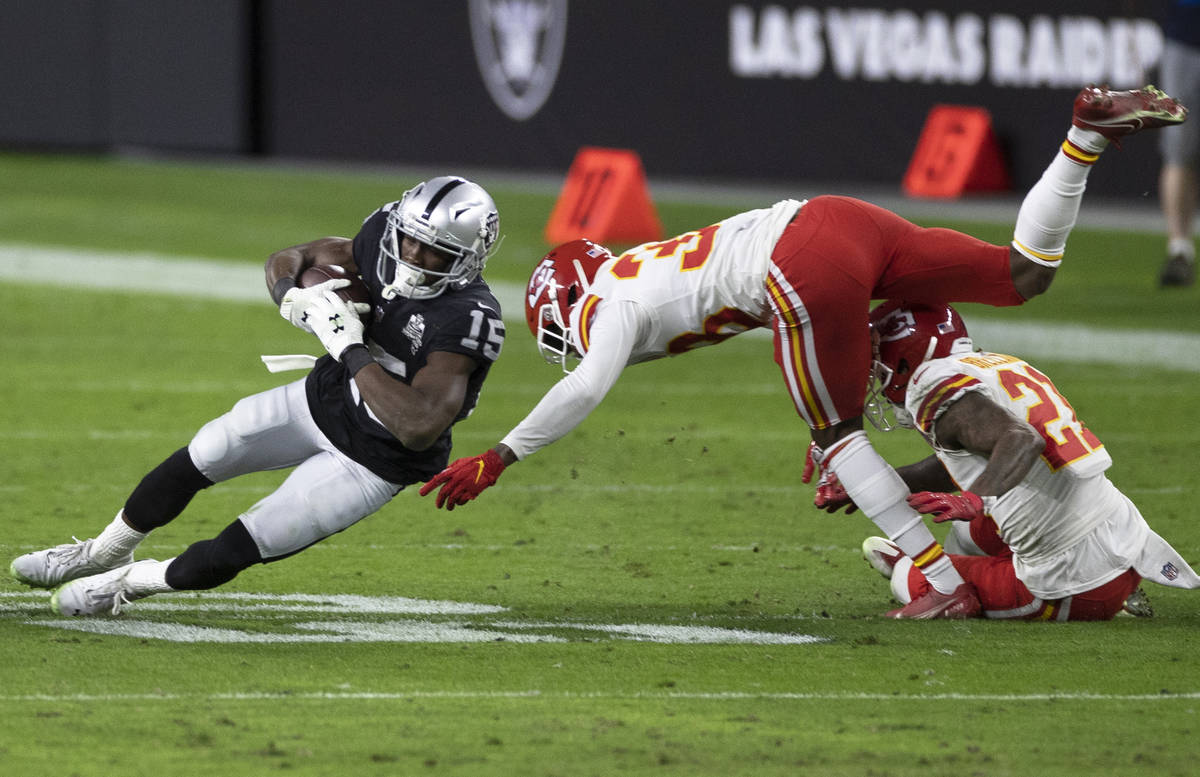 Circa Sports and South Point sportsbooks reported taking sharp action on both sides.

Indianapolis was a consensus 3-point favorite at Las Vegas sportsbooks Friday after the line opened at 2½. The number was still at 2½ at Station Casinos and Treasure Island.

“It’s 2½, but it is definitely trending toward 3. The action has been fairly one-sided in favor of the Colts,” Sunset Station sportsbook director Chuck Esposito said. “We’re going to be Raiders fans again in this home game, no question about it.”

Professional sports bettor Cris Zeniuk is backing the Colts, in part because of Rivers. Zeniuk notes that the much maligned veteran leads all starting quarterbacks in accuracy percentage (66.1) — a formula offered by Pro Football Focus that takes completions and drops into account.

“The Raiders and Jets have been married for weeks at the bottom of the NFL defensive rankings. Las Vegas is (11th in scoring) offense, though,” said Zeniuk (@lasvegascris). “Indy is in the top 10 in both, and Rivers is playing one of his best career seasons. Fake sports news is always pitching that Rivers is worthless, etc., while he leads the NFL in accuracy percentage.

“The media is doing us a favor to convince people of this, as we benefit from the line value. Metrics say these teams are far apart, as well as Indy facing a banged-up Raiders team.”

Both teams are coming off fortunate wins. Las Vegas beat the Jets 31-28 on Derek Carr’s 46-yard touchdown pass to Henry Ruggs with five seconds left. The Colts beat the Texans 26-20 when Deshaun Watson lost a fumble at the Indianapolis 2-yard line in the final minutes.

The consensus total is 52 after being as low as 50½. It was at 52½ on Friday at the Westgate, BetMGM and Circa.

“The market moved on the over when it was at 50½, but then (Thursday) we took sharp money under 51½,” Bennett said.

The Raiders have gone over in eight games (8-3-1), and the Colts had gone over in six of seven games before going under last week.

Zeniuk likes the over.

“Raiders home games are averaging 58 points,” he said. “Indy’s defensive line is banged up, but its offense is intact. Over 51 looks solid.”

The Colts have played in six straight games in which the line is three points or fewer. They won and covered four of those six, including all three on the road at Houston, Tennessee and Detroit.

“The Colts have been really good on the road this year and really good in these types of spots,” Westgate vice president of risk Ed Salmons said.

Sunday’s game starts a stretch of three straight home games for the Raiders, who will host the Chargers on Dec. 17 and the Dolphins on Dec. 26 before wrapping up the regular season Jan. 3 at Denver.

“This is a really big game. There’s a chance these teams could be tied for a playoff spot, and this would be the tiebreaker,” Salmons said. “This is like a playoff game. I know Sunday this will probably be one of our top two games, as far as (betting) handle.”

Bettors are all over the Colts at BetMGM, where Indianapolis is No. 2 in money wagered on Sunday’s games behind the Chiefs. But the Westgate expects money to come in on the home team.

“We’ll probably need the Colts,” Salmons said. “The public gets behind the Raiders pretty strong.”