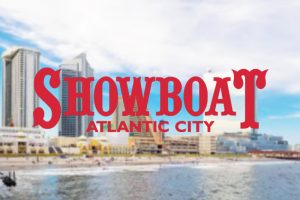 But the CRDA is yet to give one more key approval before the project moves forward. The Showboat’s owner, Philadelphia-based real estate developer Bart Blatstein is seeking an entertainment retail district designation for his proposed expansion project.

This designation would make the planned water park eligible for tax incentives. Mr. Blatstein’s development corporation could get an annual tax rebate of $2.5 million for up to 20 years if his request is granted. The CRDA is expected to consider the matter at a separate meeting within the next few weeks.

Groundbreaking for the project is expected to happen in the spring of 2021, officials said Tuesday.

The Showboat had operated as a hotel-casino complex for 16 years before its closure in 2014. Mr. Blatstein bought the Boardwalk property in early 2016 and reopened it as a non-gambling resort in the summer of that year.

He previously unveiled plans to build a casino on an adjacent site off New Jersey Avenue, but that site will now be used for the indoor water park. The developer has remained mum on the casino idea since proposing the water park in early 2020.

Mr. Blatstein believes the water park will help the Showboat attract families and non-gambling guests and draw tourists all year round and not just during the busy summer months.

The developer said Tuesday after he won a site plan approval that “it’s abundantly clear that Atlantic City is lacking in family destinations” and that there is not enough for families to do in the city. He went on that his plan will create the city’s “first year-round family resort.”

The Showboat proposal is the latest in a series of water park projects pitched in Atlantic City in recent years. In 2017, a group of investors led by businessman Ronald Young signed a deal to acquire the shuttered Atlantic Club Casino Hotel and reopen it as a family-friendly complex with an indoor water park.

Financing for that venture dried up and so did the plan. The hotel-casino resort went back on the market. It was purchased last year by New York-based investor and developer Colosseo Atlantic City Inc. The property’s new owner said back then that it would reopen it as a non-gambling resort, but it is to be seen whether a water park would be attached to it.