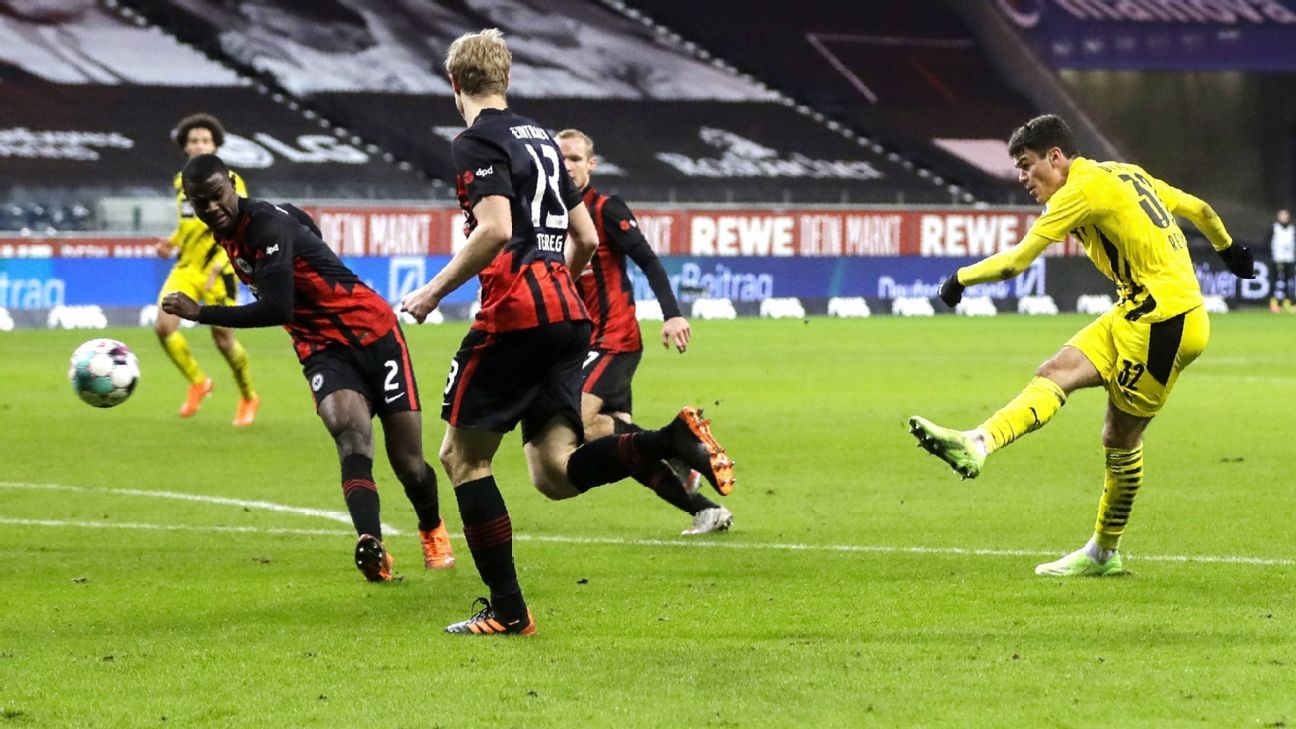 Daichi Kamada gave the hosts a ninth-minute lead but, despite missing leading scorer Erling Haaland with a hamstring injury, Dortmund took control after halftime and U.S. midfielder Reyna levelled with the second Bundesliga goal of his career.

“In the end, we can be satisfied,” Dortmund coach Lucien Favre said.

“We always want to win but it wasn’t a good first-half performance. The second half was better, with more intensity and movement, we just needed that little bit more to win……I’m always okay with a point.”

Dortmund, who had not drawn in their previous 27 league games, are third with 19 points from 10 games ahead of the top-of-the-table clash between leaders Bayern Munich (22) and RB Leipzig (20) later on Saturday.

Eintracht, without a win in eight games in all competitions, are eighth with 13 points.

The home side made an impressive start and had already gone close twice before Martin Hinteregger released Kamada and the Japanese forward controlled the ball with his first touch and beat goalkeeper Roman Burki with a deft finish.

After Jadon Sancho twice went close for Dortmund, Frankfurt should have gone further ahead when the ball fell to Aymen Barkok but he fired wildly over the bar from close range.

Dortmund, who have scored 19 of their 22 league goals this season in the second period, brought on 16-year-old Youssoufa Moukoko at halftime and levelled within 11 minutes of the restart.

Reyna collected Sancho’s pass, skipped past Hinteregger’s challenge and fired an unstoppable shot between Kevin Trapp and his near post.

Moukoko, making his third Bundesliga appearance, saw another effort saved by Trapp although both teams ran out of steam towards the end

“We have seen two very different halves,” Eintracht coach Adi Huetter said. “The first half was our best half of the season and we should have been more than 1-0 ahead.

“After the break, we were always under pressure although Dortmund did not have as many clear opportunities either. I think that 1-1 is ultimately OK.”