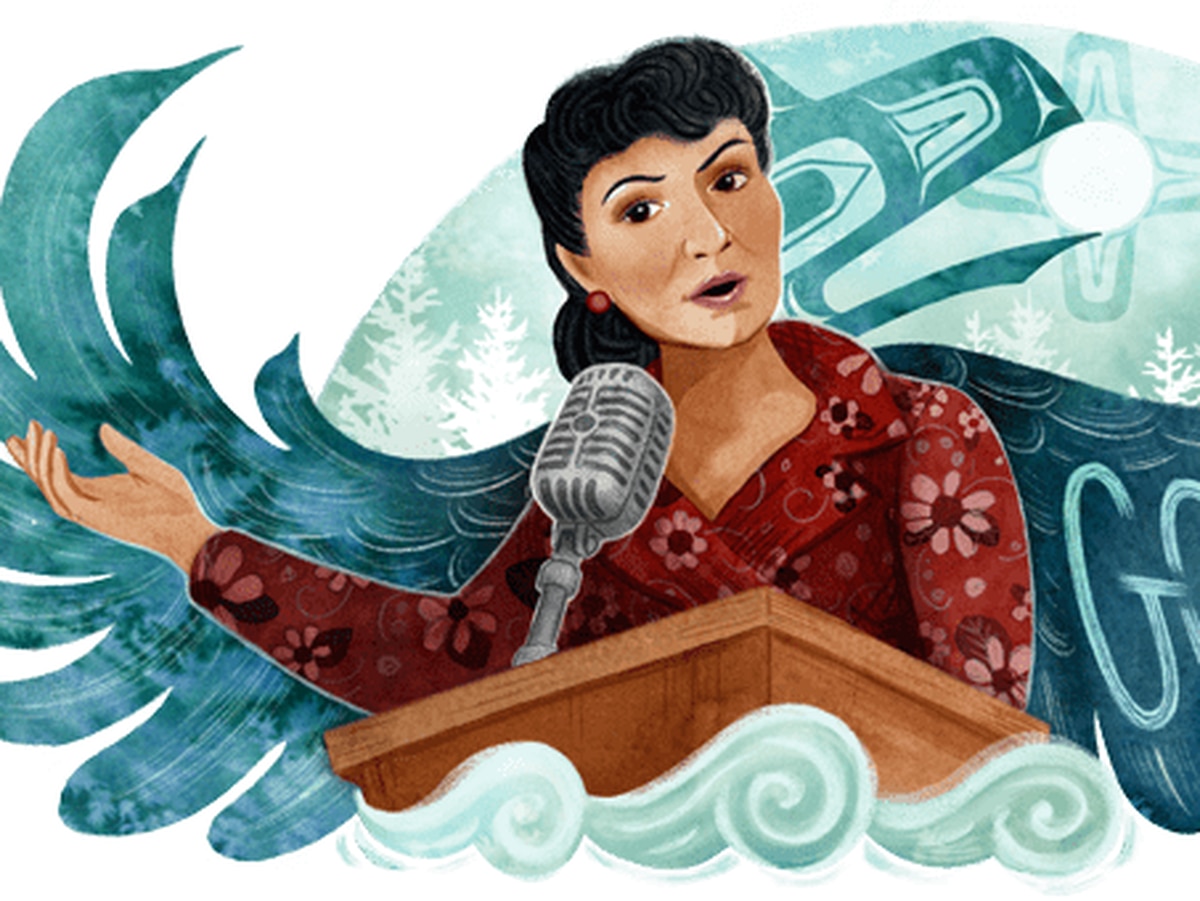 The illustration was created by Tlingit artist Michaela Goade of Sitka, who says Google reached out in August to see if she was interested in collaborating on a Peratrovich design. Peratrovich was an instrumental player in passing the Anti-Discrimination Act of 1945 — the first law of its kind to be passed by a U.S. state or territory in the 20th century.

“It’s been really heartwarming, so much local support and excitement in our smaller Southeast Alaska community where her name is a household name,” Goade said. “We don’t always get a lot of attention in the bigger, national way, so I think having that representation — geographic wise — and Indigenous representation is really powerful for lots of people.”

Google temporarily changes its homepage logo to celebrate holidays, historical figures and events. The Google Doodle features Peratrovich speaking into a microphone at a podium with a raven behind her, representing her Lukaax̱.ádi clan — a Raven moiety. Waves and forests were incorporated into the doodle to honor Tlingit land.

Peratrovich and her husband, Roy, were both Tlingit and experienced discrimination after moving to Juneau in 1941. They were unable to buy a home due to bigotry, during a time when white settlers in Alaska often discriminated against Indigenous people. On this day 79 years ago, the couple came across a door sign in the capital that read “No Natives Allowed.” The Peratroviches soon afterward wrote a letter to Alaska’s territorial governor, calling segregation “Un-American.”

“I would not have expected that I, who am barely out of savagery, would have to remind gentlemen with 5,000 years of recorded civilization behind them of our Bill of Rights,” Peratrovich said in her speech.

The Alaskan Territorial Legislature passed the anti-discrimination bill, which was signed into law on Feb. 16, 1945.

“I’ve gotten really kind, sweet messages from people saying they are really proud to be Tlingit or proud to be Native — especially today — and then they were touched by the illustration and seeing Elizabeth Peratrovich’s name celebrated,” Goade said.

“I underestimated the level of excitement from a lot of Alaska, I think, so that’s been really fun to see,” Goade said.

The doodle can be seen on Google’s homepage until 8 p.m. Alaska time.