Four games in the afternoon NFL betting slate could be considered trap games.
Depending on the odds or public betting opinion, the NFL lines could be providing no edge.

INDIANAPOLIS – While the public has been holding their own against the NFL sportsbooks this season, the tides could be turning in the upcoming weekend ahead.

With four games on the late afternoon slate, any of them could present a downfall to bettors hoping to head into Sunday Night Football on top.

All four of these games present different betting lines and situations; however, their motto is the same – be wary of past trends.

Miami takes on Denver in Colorado, where the red-hot Dolphins are on a five-game winning streak and favored to beat the Broncos by over a field goal.

The Dolphins are 7-2 ATS this season, and all signs indicate bet on the Dolphins, right?

With the weather being just above freezing in Colorado Sunday, don’t be surprised to see a low scoring affair. In fact, the Broncos have seen the under hit in 13 of their last 19 games at home.

If the Broncos keep it close, their near 2-1 odds may prove to be the right decision though tough to see.

Jumping into different same non-divisional opponents, the New York Jets face the LA Chargers over on the west coast.

The Jets have been absolutely terrible this season, sitting 0-9 and 2-7 ATS. Still, they come into this matchup as major underdogs at NFL betting sites.

Neither of these teams are Super Bowl-bound; however, this same will certainly be a trap game to some. The Chargers are 1-7 in their last eight games, though the eye test proves the Chargers’ record to be much better than the Jets’.

While over 55% of the public is backing the Jets to cover (both total bets and money), keep in mind since 2019, the Jets are 2-7 ATS as road underdogs, losing by an average of 16.4 points.

The Minnesota Vikings are another team in the driver seat, though their course is a little windier than others. Winning their last three, the Vikings have jumped to a 4-5 record and now face a Dallas Cowboys team that is questioning whether or not to toss in the towel.

At home, Minnesota is favored by 7.5 points against an Andy Dalton-led Cowboys’ squad.

Minnesota was 6-1 straight up last season in games that they were a home favorite in. However, in 2020, the Vikings are 1-2 for the same trend. While this is no NFL betting trend to risk money on, instead the focus may turn to the over-under.

Sharps are heavily backing the under, with 60% of the money on only 31% of the betting slips. While Minnesota is 5-2 on the over for their last nine, the Cowboys are 4-1 on the under over their last five.

The public backing a Vikings blowout, but will this be the end result?

For the last game to kick off on the late slate, the Green Bay Packers experience a welcoming dome when playing against the Indianapolis Colts.

This battle is the closest spread for the week, as NFL sports betting sites are leaning toward the home team Colts by 1.5.

Both teams have been quite successful this season, sitting atop their divisions at 7-2 (Packers) and 6-3 (Colts).

For this specific matchup though, the Packers are the betting favorite on the spread. Getting nearly two-thirds of both the bets and the money, sportsbooks would lose big should the road underdogs take the victory.

Since 2015, the Packers are 11-17 as road underdogs, potentially signifying a victory for the Colts. However, sitting 15-12-1 ATS in those games, live betting may be the best method for betting on the Packers.

Still, all of these games could go any way, making them the most difficult 4 p.m. betting slate seen thus far. 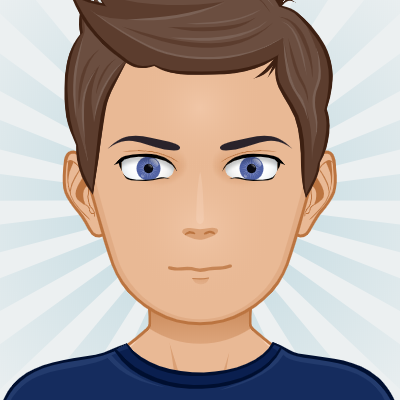 Michael has been writing about sports for over a decade and his focus on NFL betting action has followed suit. As a Baltimore Ravens fan, he has been heavily invested in the AFC North since the turn of the century. When he is not writing about football, you can find him on the beach, in a casino, or at a bowling alley.