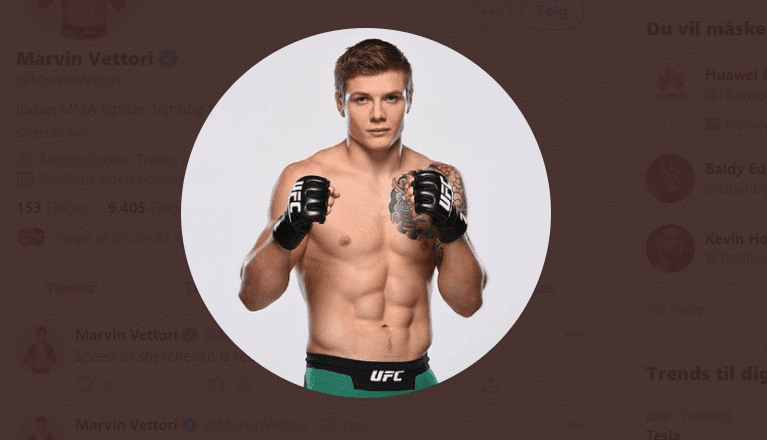 European contenders will clash in a bid to be recognised as the outright middleweight title contender when Marvin Vettori faces Jack Hermansson at UFC Vegas 16 on Saturday (Dec. 5).

Hermansson (21-5) was the favorite to win in this weekend’s main event, but the Swede is now a +110 moneyline underdog with Sugarhouse NJ to beat Vettori, who stepped in after Kevin Holland tested positive for the coronavirus:

Kevin Holland tested positive for COVID-19 and will not be fighting this [email protected] talks betting odds for the new matchup between Marvin Vettori and Jack Hermansson.

Hermansson was a -230 favorite vs Holland but is now a +110 underdog vs Vettori ? pic.twitter.com/Lx8AOV5Q2z

Despite the change in opponent, it’s the underdog who retains out support to get the better of new foe Vettori (15-4), who has a lot of momentum after winning his last three fights. The Italian prospect is on the rise after going 2-2-1 in his first five UFC bouts and is inches ahead of Hermansson according to the sportsbooks, priced at -134 for Sugarhouse customers in New Jersey.

This card’s old headliner already looked like a must-watch matchup, but submission specialist Vettori is no downgrade in the main event. Former UFC heavyweight and light heavyweight champion Daniel Cormier praised the 27-year-old ahead of what looks a very tough fixture to call:

In bouts balanced as closely as this one, it’s important to recognise fighter strengths and advantages no matter how marginal they may be, given there aren’t many weaknesses to speak of for either fighter. Both Hermansson and Vettori have proved themselves as tough characters who are each adept grapplers, though it’s the latter who takes the upper hand in submissions.

Vettori—who lost a close decision to middleweight champion Israel Adesanya in his last loss (April 2018)—has nine career submission wins compared to just two knockouts, but he has discovered the step up in average grappling ability in the UFC. Hermansson is above that median, and despite the face 11 of his 21 career wins have been via KO, his last three finishes have each seen him tap his opponents:

Just how good is @JackTheJokerMMA on the ground!? ?

? Watch Hermansson vs Vettori at #UFCVegas16 this Saturday! pic.twitter.com/PCPAOqKJTs

Among his recent record is also a win over Jacare Souza who, while heading for retirement at 40, is still one of the most respected grapplers in mixed martial arts. Hermansson’s takedown defense has looked largely impregnable in the UFC, with his only two losses in the last four years coming thanks to knockouts in brawls against Thiago Santos and Jared Cannonier.

Vettori started his career at welterweight and doesn’t pack the same punch Hermansson is used to facing, meaning he’s unlikely to get the victory unless he gets the upper hand on the floor.

“Joker” has the advantage in experience and looks capable of the finish anywhere this fight goes. Vettori deserves respect considering he’s never been finished in his career, though that could change on Saturday if he shows evidence of gassing out later on over the five rounds.