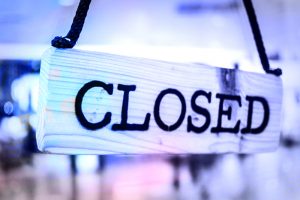 Finland’s state-run gambling monopoly, Veikkaus, said Thursday that it would temporarily close gaming arcades and slot machines in a number of areas around the Scandinavian nation to help curb the advance of Covid-19.

The gambling operator has begun closing gaming arcades and taking machines offline, and expects to be done by Saturday at the latest. These gambling operations will remain shuttered by mid-December, the company further said.

News about Veikkaus closing arcades and shutting slot machines emerged just as Finnish health officials reported that the Covid-19 infection rate in most of the country was “rising at an alarming speed.”

Veikkaus Senior Vice President, Channels and Sales Jari Heino said in a Thursday statement that they have been monitoring closely the development of the pandemic situation in the country and have been acting according to instructions from health officials.

The Veikkaus VP went on to say that they quickly made the decision to shut some of their retail business on Thursday after the Finnish Ministry of Social Affairs and Health reported a spike in new Covid-19 cases in all hospital districts, particularly in Helsinki.

Veikkaus Continues to Roll Out Mandatory ID Verification across Slots

Meanwhile, Veikkaus this month continued to roll out new responsible gambling controls as it looks to strengthen its social responsibility policies and practices.

The company introduced in October mandatory ID verification across some of its slots machines as part of a pilot scheme ahead of next year’s network-wide rollout of the identification measures.

Under Finland’s revised Lotteries Act, ID verification for slot machine players was supposed to become mandatory at retail gaming venues across the country from 2023. However, Veikkaus called for the earlier implementation of the measures and committed to introducing them in January 2021.

These measures will require players that want to play on Veikkaus’ slot machines to identify themselves using the Veikkaus player card, an approved mobile app, or a bank card that is connected to the gambling operator’s database.

Veikkaus introduced the mandatory ID verification across 100 slot machines in October and extended it across more devices earlier in November.

Of this move, the company has said that it wants to build a gaming environment that will make it possible to look after problem gamblers.

Veikkaus also planned to remove roughly 3,500 slot machines by the end of the year and another 4,500 over the next five years. However, it later on announced plans to put offline 8,000 devices before the year’s end, which means that it will ring into 2021 with 10,500 machines.