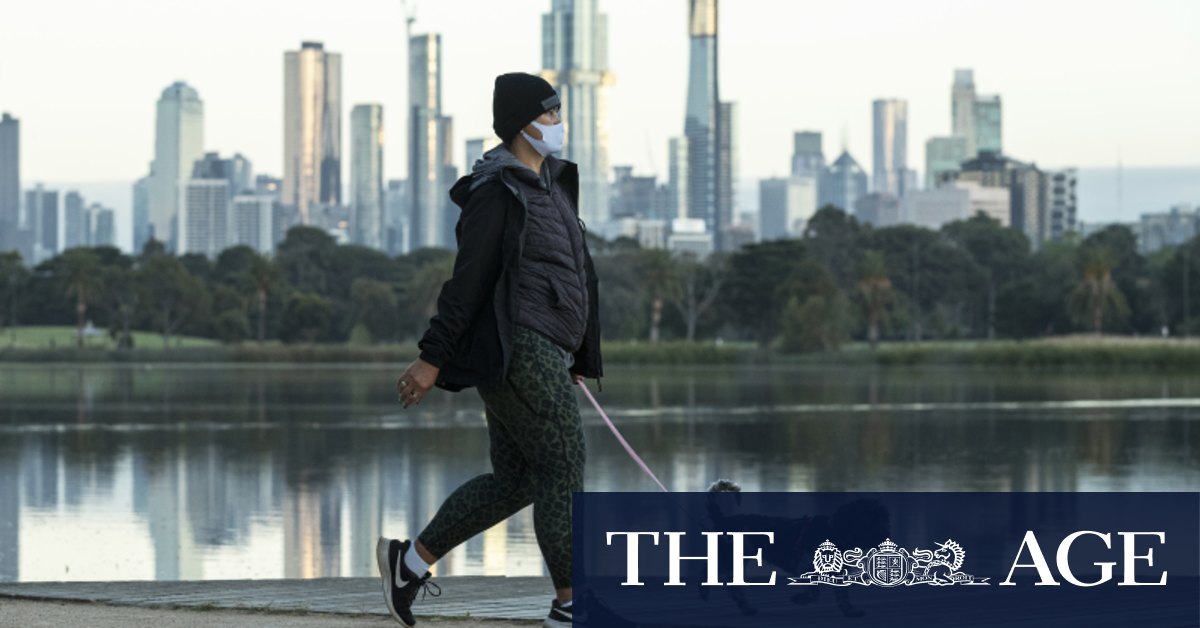 The positive swab came from an aged care resident who had a routine COVID-19 test while in hospital.

Mr Foley said the hospital where the elderly person is receiving care is “treating the case with an abundance of caution” and essentially treating the person as if they were a positive case. There are currently two Victorians in hospital with the virus, but neither are in ICU. One healthcare worker has COVID-19.

Catherine Bennett, chair in epidemiology at Deakin University, said that after a person’s infectious period passes there can be a lot of debris from the virus present in their system, “but that cannot cause infection in other people”.

“This debris, also known as shedding, can last for many weeks after recovery, some reports suggest 60 to 80 days, and trigger a positive PCR test result. This seems to last longer in people that had serious symptoms,” Professor Bennett said.

Melbourne’s rolling 14-day case average dropped to 0.9, with regional Victoria recording no cases over the last two weeks. There were two mystery cases reported between October 22 and November 4.

Premier Daniel Andrews said on Friday the state was “on track” to announce the removal of restrictions such as the 25km travel limit across metropolitan Melbourne and the barrier separating the city from regional Victoria tomorrow.

Hospitality patron limits are set to be increased, with up to 40 people allowed inside (10 people per space) and 70 people outside from 11.59pm Sunday. Pokie machines are also set to return.

Gyms, indoor fitness centres and indoor pools will reopen for a maximum of 20 people. Non-contact indoor sports for those under 18 will return.

“This Sunday we will make really significant announcements about taking further steps around the 25-kilometre limit, the ‘ring of steel’ with regional Victoria and some expansions for different settings – bars, restaurants and cafes,” Mr Andrews said.

“That is all on track … We’ll also map out Victorians what the rest of November looks like – some further steps we’d like to take a couple of weeks after this Sunday.”

Mr Andrews announced on Friday that Victoria would join the trans-Tasman bubble, meaning people from New Zealand can fly direct into Melbourne from Monday.

“Whilst we found ourselves kind of inadvertently in the New Zealand bubble – I’m not sure if bubbles have doors, but the front door will now be open,” the Premier said.

While Australians are currently not allowed to travel to New Zealand under the bubble arrangements, New Zealanders are not required to quarantine upon arrival in Australia because of low coronavirus case numbers across the Tasman.

The interim report into Victoria’s botched hotel quarantine scheme, released on Friday, recommended an overhaul of the program in favour of a model that would see international arrivals isolated both in hotels and at home.

Former judge Jennifer Coate called on the government to consider electronically monitoring those who were quarantined at home using smartphone technology or even ankle or wrist bracelets.

Victorians have been given renewed hope of being allowed into Queensland before Christmas, with Queensland Premier Annastacia Palaszczuk describing Victoria’s progress as “encouraging”.

On Friday, the Premier said while the “early signs” out of the southern state were heartening, Victorians are still under restrictions on movement and case numbers would need to be monitored.

“They’re coming out of lockdown. They’re not moving around freely like we are in Queensland,” Ms Palaszczuk said on Friday.

“So one step at a time and let me make it very clear to everybody out there in Queensland, we will listen to the advice of [the Chief Health Officer].”

Get our Morning & Evening Edition newsletters

The most important news, analysis and insights delivered to your inbox at the start and end of each day. Sign up here.

Ashleigh McMillan is a breaking news reporter at The Age. Got a story? Email me at [email protected]

David Estcourt is a court and general news reporter at The Age.