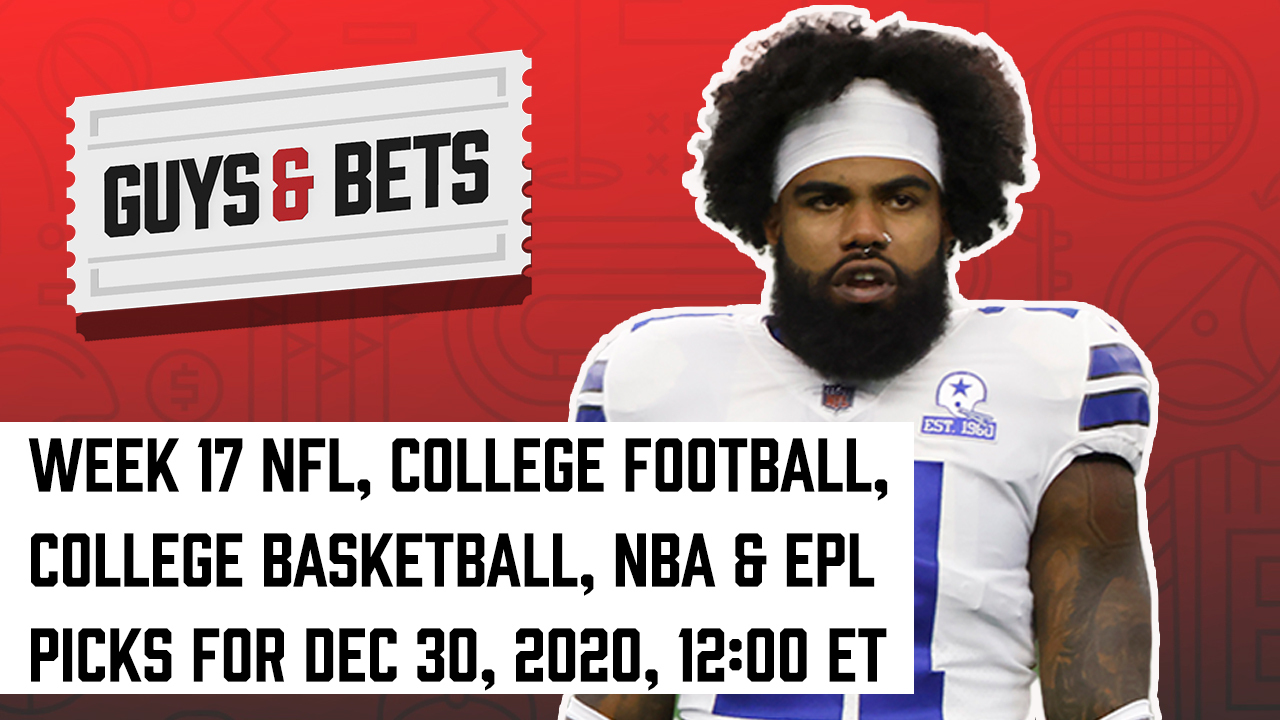 Your favorite sports cappers are back for one final show of 2020 as Joe, Iain, Ninja and Pam run through their favorite picks to end the year.

First off, it’s teaser time! Joe is looking at the Sunday Night Football game as the Washington Football Team hosts the Philadelphia Eagles. Washington can win the NFC East with a win; if Washington loses, the winner of the afternoon game between the Dallas Cowboys and New York Giants will win the division. So needless to say, this is a huge game. Playoffs or not, it’s been quite a season for Washington. Chase Young has been an absolute force on the defensive line, leading the way for a squad that is fifth in points allowed at 21.

On the hardwood, the Atlanta Hawks travel to Brooklyn to take on the Nets and that’s where Joe is going with his next bet. After starting the season off looking like world-beaters, the Nets have dropped their last two games to sit at 2-2. The Nets did receive some bad news with Spencer Dinwiddie being lost for quite some time due to a partial tear in his ACL. The Nets have managed to limit their opponents to just 104 points per game. The Hawks, meanwhile, have found a way to get all their new pieces to mesh early on, as they have won all three games to open the season. Trae Young, as expected, is leading the way, averaging 34 points per game on 16 shot attempts. Joe is looking at the total for his bet on this game.

We move along to a footy pick now as Ninja has his eyes on Friday’s match between Manchester United and Aston Villa. These two squads sit second and fifth respectively in the Premier League standings, so this match has great importance for each side. United comes in having gone undefeated in its last six Premier League games, while Villa hasn’t dropped a decision in its last five. Ninja’s bet here is on the total.

The NFC East is coming right down to the wire, and the winner of the Cowboys-Giants game could find themselves in the playoffs. Dallas is riding a three-game winning streak while surrendering seven, 33 and 17 points in those games, the outlier being a 41-33 win over the 49ers. Dallas has also put up 108 points during this three-game run. The Giants, on the other hand, have lost three in a row and are cold at the wrong time of the year. Their offense has struggled, managing just 26 points during their skid. Iain is looking at the 3-point spread for his bet here.

On to college basketball now as the Tennessee Volunteers are on the road to face the Missouri Tigers. The line has moved around in this game with Tennessee opening as a 2.5-point fave, but it’s up to -4 now. Both of these teams are undefeated at 6-0 as conference play starts up. Tennessee is ranked seventh in the nation with Missouri coming back at 12th. Victor Bailey Jr. has led the way for a deep Volunteers team, averaging 13.2 points per game and hitting 35.7 percent of his three-point attempts. Missouri counters with a good trio of guards with Xavier Pinson leading the way at 14.3 points per game. Iain is looking at a bet on the line here.

Let’s wrap things up with college football as Pam has one of her favorite bets lined up for the Liberty Bowl featuring West Virginia and Army. West Virginia will be without star linebacker Tony Fields, who led the Big 12 in tackles this season. That’s a big loss when you’re facing a team like Army that loves to run the ball. Army averages 281.3 yards a game on the ground and has four guys with over 400 yards on the season toting the rock. This could be a good spot for an underdog.